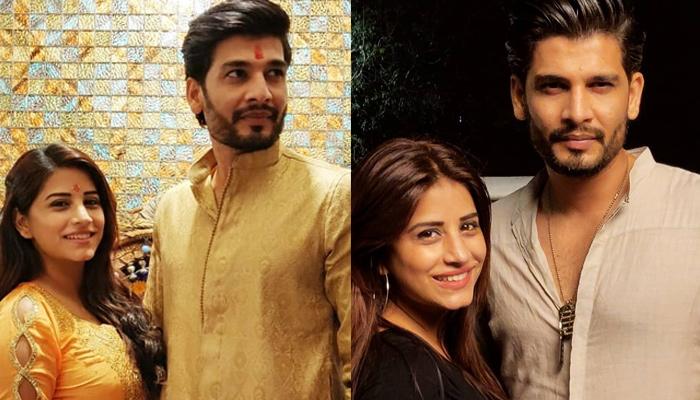 Cupid has truly been especially kind to the residents of B-town and telly land for this year has seen hitches, engagements and roka ceremonies like never before! With some hush-hush marriages and planned hitches, 2018 has seen a lot of our beautiful couples becoming ‘one’ under the same sky. And one such couple from the telly world recently had a hush-hush roka ceremony. (Do Read: Shilpa Shetty Is Raising The Temperature With Her 9th Marriage Anniversary Pics From Maldives)

Recently, grapevine was abuzz with a rumour that Star Bharat’s superhit show, Nimki Mukhiya fame Bhumika Gurung and her long-time beau, Amit Singh Gosai, popularly known as Keith had tied the knot in a private Anand Karaj ceremony in the presence of family members and close friends. Speaking to TellyChakkar, Bhumika had rubbished all such rumours and stated, “I have been receiving calls since morning to know if I have gotten hitched. I wonder why all of a sudden, the rumour has started floating in. I am not married, and the day I plan to, I will surely disclose it. This kind of news is very silly and it affects our personal life.” 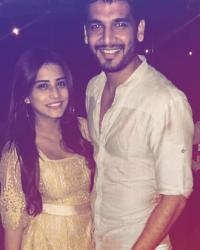 However, the actress has moved a step towards marriage and had an intimate roka ceremony recently. Yes, Bhumika herself confirmed the news with Bombay Times and stated, “I’ve had a roka ceremony, but I am not married yet. Keith and I have been living in for almost five years now. There is no question of a secret marriage. Our parents have met many times and so, there was no reason to get married in a hurry. I am happy that I have found Keith because he has all the qualities of a husband and a soulmate. The decision to have a roka was sudden and so, we had an intimate ceremony, which was attended just by our family members.” 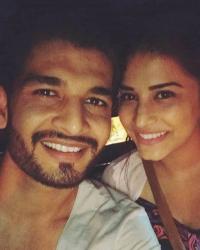 So when is she planning to tie the knot with Keith? The Wedding Anniversary star revealed, “We have not set a wedding date now, but I am getting engaged next month. Marriage can wait for some time till we get more settled in our careers. I met Keith many years ago through common friends and we hit it off really well. Even after marriage I will continue to work. I am exactly like my character Nimki in real life, too.” (Checkout! Raghu Ram Announces His Wedding With Fiancee Natalie Di Luccio In A Unique Style, Details Inside) 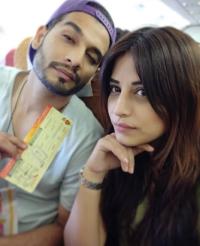 Reportedly, Bhumika and Keith’s relationship had hit the rock bottom sometime back. Clarifying the same, the soon-to-be-married lady stated, “That was just an argument we had. I think we have lived with each other long enough to not get affected by small fights. Keith is not a conventional boyfriend, who waits for his partner to come home and cook food and serve him. If I am getting late at work, he helps in the kitchen. He understands me well.” 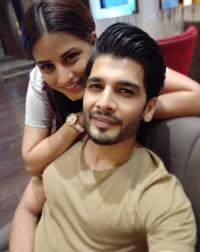 Last year (2017), Bhumika, for the first time opened-up about her relationship. Confirming her relationship with Keith, she had stated in an interview with TellyChakkar, “Yes we are dating. It’s been four years that we have been seeing each other. Infact, we will celebrate our 4 years of togetherness in the coming month.” How did the duo meet? The gorgeous actress had shared, “We met through a common friend. It was during the time when I was not even part of the industry; I was doing some other job. He has been a part of the industry from that time.” 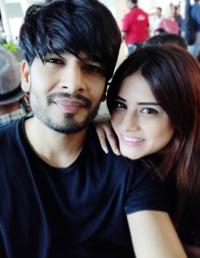 What made Bhumika fall for Keith? She had revealed, “The one thing that made me fall in love with him is the fact that he is such a great human being. He has a heart of gold. Apart from everything, I just love him for his pure heart.” Bhumika had been mum about her relationship for quite a while before finally talking about her relationship in the open. What made her do so? She shared, “I never wanted it to come out because I didn’t want people to shift their focus from my professional life to what I do on the personal front. I want people to still focus more on Nimki Mukhiyaa than my life.” (Must Read: Ranbir Kapoor Visits Injured GF Alia Bhatt At Her Home, He Is An Exemplar Of A 'Caring Boyfriend') 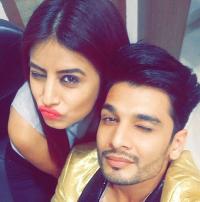 For the uninitiated, Keith is a well-known face in the glamour industry. He is an assistant choreographer, who has worked under renowned ‘dance-devas’ of the industry, Prabhu Deva and Bosco-Caesar. He was also one of the lead dancers in Arjun Rampal starrer, Daddy. 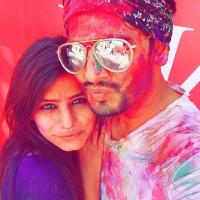 Amazing right? Tonnes of love and happiness to the couple! Can’t wait to see them tie the knot soon!