Bollywood actress, Bhagyashree revealed the thing she and her husband, Himalaya Dasani will be doing after his recovery from shoulder surgery. Find out!

One of the most beautiful actresses of all-time, Bhagyashree had become a star overnight with her first film, Maine Pyaar Kiya. She had won a million hearts with the portrayal of a shy girl opposite Bollywood superstar, Salman Khan in that film. But despite the stupendous success of the film, Bhagyashree had left Bollywood for personal reasons. The actress had tied the knot with Bollywood actor, Himalaya Dasani back in the year, 1990 and the couple is blessed with a son, Abhimanyu Dasani and daughter, Avantika Dasani. The doting mother never skips a chance to share some of the most memorable pictures from her memory lane with her fans on Instagram. (Recommended Read: Tinaa Dattaa In This Dance Video Gives Friendship A Quirky Twist With Partner In Crime, Srishty Rode)

However, this time around, the actress has shared an update about her husband, Himalaya Dasani's shoulder surgery and also revealed the thing that they're going to do, soon after his recovery from the surgery. Scroll down to know it all! 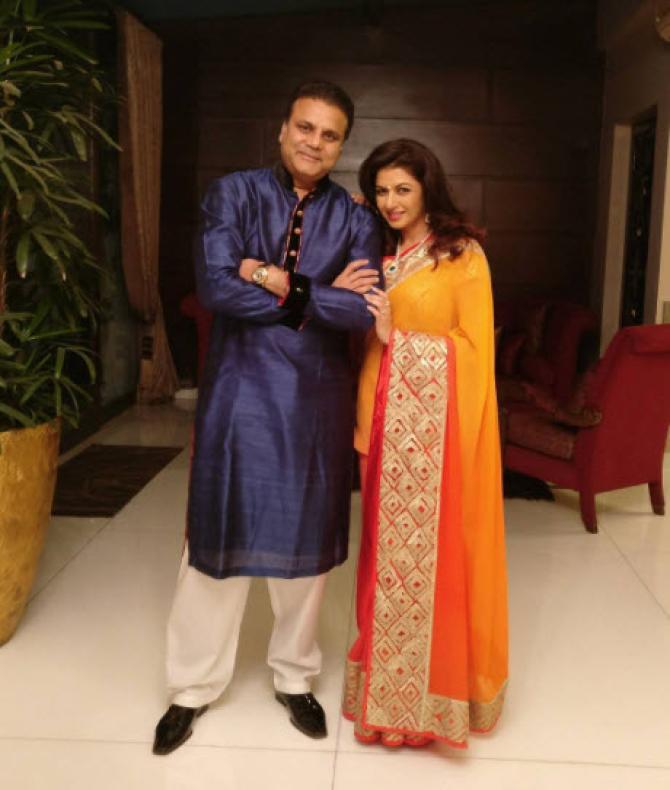 On July 31, 2020, Bollywood actress, Bhagyashree took to her Instagram handle and shared a throwback workout video of her and husband, Himalaya Dasani. In the video, we can see the adorable couple giving major fitness couple goals to the millennials. Along with this inspiring video, the actress also gave an important update about her hubby's shoulder surgery in the caption, as she revealed that he is feeling much better now. Her caption can be read as "#fridayfitness We shall be able to do this again, @himallay27 This video is from earlier this month. Shoulder surgery went off well, and he is feeling better. I thank you all for your get well soon wishes. Taking him back home tomorrow. #fridayfitness #couplegoals #partnerworkout #workoutmotivation.” Take a look. (Don't Miss: Sushant Singh Rajput's Sister, Shweta Singh Kirti Shared Video Of Him Singing 'Shiv Sambhu Mahadev')

On July 29, 2020, Bhagyashree had taken to her Instagram handle and had posted two pictures and a video of her husband, Himalaya Dasani, after the successful completion of his shoulder surgery. In the pictures, we could see Himalaya sitting on a chair, while his wife, Bhagyashree could be seen standing behind him and the two were seeing outside through the window of their ward. However, it's hard, not to recognise the big plaster on Himalaya's right shoulder which clearly tells us everything about the magnitude of his injury. Along with these, Bhagyashree had written a note and it could be read as "Surgery is done! Not a time that anyone would ever venture even near a hospital but unfortunately a freak accident left us with no choice. Dr Dinshaw Pardiwala did an excellent job. I truly thank all the Ambani staff, doctors and nurses for looking after us. Perfect COVID protocol is maintained at all times. The COVID positive patients and staff attending to them are on a separate floor, so there is no intermingling. I want to thank all my well-wishers for their prayers and wishes. We shall be going home soon. #hospital #doctors #protocol #surgery #shouldersurgery.” On her post, her son, Abhimanyu Dasani had commented, "Come Back will be stronger than the setback." Take a look.

In an interview with Humans of Bombay, Bhagyashree had talked about her love story with Himalaya Dasani. She had shared, "We went to school together — he was the naughtiest kid in class, and I was always the class monitor. We would fight all the time, and the rest of the class would have a blast! We were like Yin and Yang — the more we fought, the more it became clear that we couldn't be apart. We never dated though…he never even told me how he felt until the last day of school. He said, 'I have to tell you something' and then for one week he kept trying to say it but would always back out. Finally, I went up to him and said, 'look, just say it… I'm sure the answer will be positive', and that's when he told me he liked me." (Also Read: Allu Arjun's Wife, Sneha Reddy Shares Traditional Look Of Daughter, Arha For 'Varalakshami Vratam') 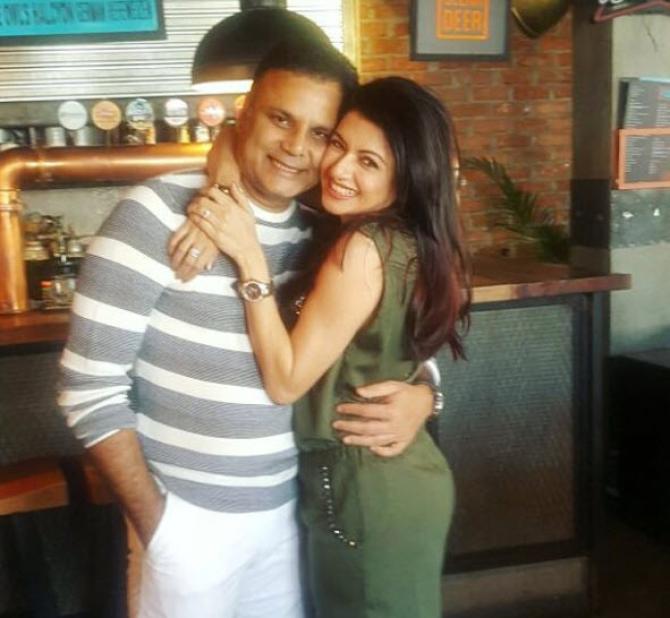