South superstar, Arjun Reddy's wife, Sneha Reddy posted a picture of their daughter, Arya in a traditional outfit as they celebrate the auspicious festival, Varalakshami Vratam. Take a look!

The popular South superstar, Allu Arjun was first seen on the big screen in his debut film, Gangotri (2003) and had instantly made people fall in love with his acting skills. Since then, there has been no looking back for the actor, from winning Filmfare Best Telugu Actor Award for his performance in Arya to being the most searched Tollywood star in 2016, according to Google. Allu Arjun has experienced a lot of success in recent years, and the actor had credited his family and children for their support in achieving what he has achieved so far in his film career. (Recommended Read: Abhishek Bachchan Talks About 'Light At The End Of The Tunnel', Shweta Bachchan Hopes 'Soon')

Allu Arjun had gotten married to his long-term girlfriend, Sneha Reddy on March 6, 2011, and the couple were blessed with a baby boy, Allu Ayaan on April 3, 2014. After two years, on November 21, 2016, the couple had embraced the parenthood for the second time and had welcomed a baby girl, whom they had named, Allu Arha. We have seen a lot of pictures, and cute videos of the whole family and the beautiful couple on their respective Instagram handles. Today, the whole India is celebrating the auspicious Hindu festival, Varalakshami Vratam and Allu Arjun’s wife, Sneha Reddy has shared the traditional look of their little daughter, Arha from the same. Scroll down to see the beautiful little angel! On July 31, 2020, South actor, Allu Arjun’s wife, Sneha Reddy took to her Instagram handle and posted a mesmerisingly beautiful picture of their little daughter, Arha’s outfit for the festival, Varalakshami Vratam. In the photo, we can see the 3-year-old princess looking nothing less than an angel in her traditional wear in the hues of red and orange. The little Arha also had a little bit of makeup on with some eyeliner, a red bindi, shiny pink lipstick and curly hair, which were tied into a half ponytail. However, we have to say that it’s her cute gold nose ring that is the best thing about her look. Along with this picture, the doting mommy, Sneha Reddy wrote a caption in which she called Arha their family’s 'Varalakshami', and it can be read as “Our #varalakshmi” followed by a kiss and a red-heart emoticon. Take a look. (Don’t Miss: Aamir Khan's Daughter, Ira Khan's 'Work From Home' Space In New House, Her 9 WFH Moods Are Relatable) Well, the day is all about mixed feelings for Allu Arjun’s family as today was the day back in 2004, when his grandfather and legendary actor, Allu Ramalingaiah had passed away. The doting grandson took to his Instagram handle and posted a remembering picture of his grandfather along with a small but heart-melting note in which he recalled the day when his dearest grandfather had left him. His note can be read as “I remember this day when he left us. I know more about him now than on that day ... the more I experience many things in life the more I connect to his efforts, struggles and journey. We all are here today in this position because of this poor farmer’s passion for cinema.” Take a look! Well, not a lot of people are aware of the fact, but Allu Arjun was extremely close to his grandfather. Last year, on October 1, 2019, the South superstar had taken to his Facebook account and had shared a picture of his grandfather on his birth anniversary and had shown the respect and love he has for him in his heart. His note could be read as “Birthday wishes to my late grandfather, Padmashri Allu Ramalingaiah garu. He is the foundation of our lives we live today. His sheer passion, determination & sacrifice has made us who we are today. His Legacy is celebrated today and every day of our lives. Miss you as Always #alluramalingaiah.” Take a look! (Also Read: Sidharth Malhotra Wishes His 'Sunshine' Rumoured Girlfriend, Kiara Advani Birthday With Love And Hug) 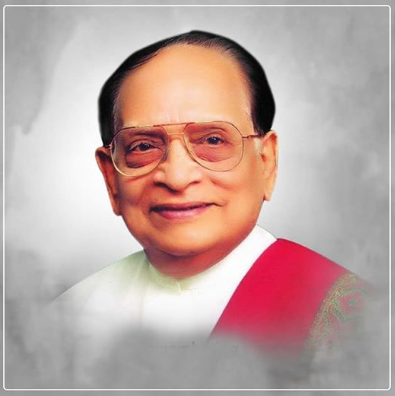