Along with the wedding season, every winter comes with one of the most famous and controversial reality shows of the Indian television, and it’s none other than Bigg Boss. It’s the eleventh season of this much popular reality show and the hype about it is still the same.

Every season, this show comes up with a new theme and just like the tenth season, this time also there are some commoners in the house.

After Calling Off Their Marriage, Bandgi's Boyfriend Dennis Makes The Most Unexpected Remarks

Celebs' lives are open to all, and much of it is known to the fans, but the commoners inside the house have everything under the wraps. This is the reason, most of the time they grab all the attention outside the house for their personal lives. 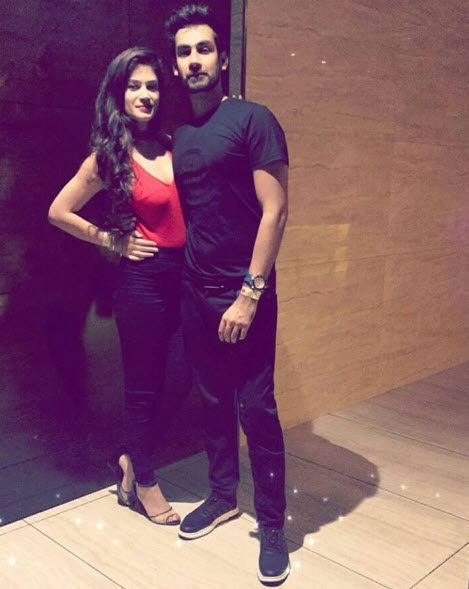 The much talked about commoners this season is Bandgi Kalra and Puneesh Sharma, who are allegedly seeing each other. While Puneesh is a married man who is now separated and Bandgi has had a boyfriend outside the house named, Dennis Nagpal (read more). 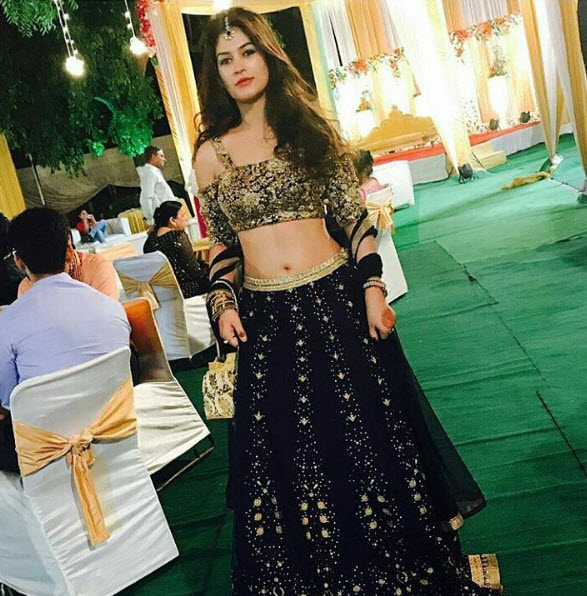 In all of this juggle, everything is taking a toll on Bandgi’s life. She is not even aware of the fact that boyfriend Dennis has broken up with her due to her increasing closeness with another inmate Puneesh (read more). And every day, this matter is taking an uglier turn. Recently, in the Weekend ka vaar, Bandgi piled up some explosive allegations against Dennis. She even went on to say that, he wanted to ‘share’ her with his friends. To which Dennis has now reacted and that too strongly. In an interview with Bollywood Life, Dennis stated that Bandgi has done him wrong by saying all that and he has also ridiculed the accusations.

“It’s f*cking ridiculous. I don’t know how. The thing is if you don’t want to be with me, don’t deal with me, but why are you insulting me on national TV, and saying things that are not even true."

You May Also Like: This Famous 'Pavitra Rishta' Actress Gets Married In A Hush-Hush Ceremony At This Exotic Location He even said that he is a possessive boyfriend and these allegations are not true at all.

“I am someone, who is possessive. I am not very possessive, but decently possessive, jitna ek boyfriend ko hona chahiye (like how a boyfriend should be). So saying things like I used to make her sleep with my friends is ridiculous. I used to get uncomfortable when someone used to touch her in a party. So going to this extent…I really don’t know what has happened to her and why is she saying all these things.” 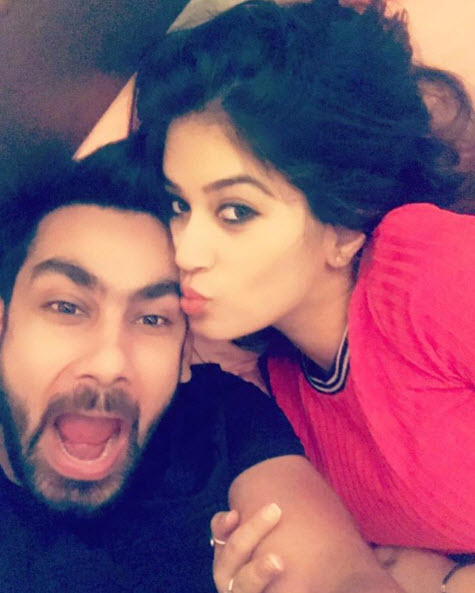 No doubt, this entire episode might have affected his family and somehow her family too. On this note, he was quoted as saying:

“I am in shock. My family is very upset and angry about this whole thing. They have asked me how I failed to sum up Bandgi as a person in our yearlong relationship. People have been asking us and my parents are hurt. I am shocked. I don’t know what has come upon her.”

Don't Miss: Married For 6 Yrs Now And Parents To 2 Kids, Shabbir-Kanchi Make The Most Perfect Couple

“I feel that if she wanted to give a reason for leaving me, she could have said anything else but this!! I find it hard to believe that she could cook up lies to this extent. Puneesh must have given her the idea.” 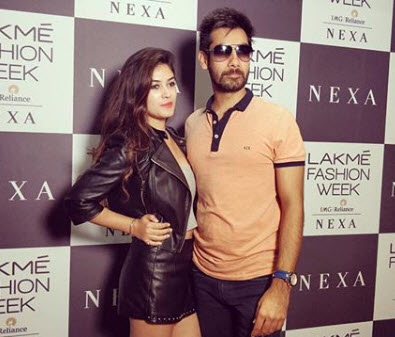 He also revealed that he never made any indecent proposal to Bandgi or to any other woman. He said:

“Not a single girl has ever raised aspersions on my character or referred to the casting couch. I have never indulged in such a thing. This is disgusting.” 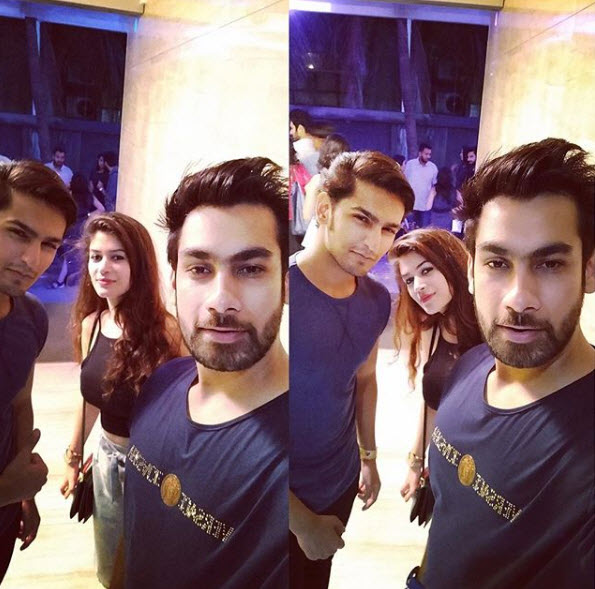 Recently, in an interview with a leading entertainment tabloid, Dennis confessed that he wants to break up with Bandagi on national television. Here's what he was quoted as saying:

“If at all I get a call from the Bigg Boss team, I may probably confront her and return back all the gifts and long letters she wrote to me. The audience too will come to know of all her doings and why she is suddenly behaving like this.” Apart from this, what all Bandgi is doing on the show with Puneesh is not going well with her landlord in Mumbai. Famous online portal TellyChakkar quoted a source as saying:

“Her landlord does not want her to stay in his house and has informed her close friend that she should pack her bags and hunt for another house as soon as she’s back from Bigg Boss 11.”

“The landlord has no personal issues with her. It is because the society in which she lives, is a very reputed one, and they don’t wish that she should continue to reside in their society anymore, especially because of her presence likely to have a bad influence on the children of that area. Hence, he is ready to throw her out as soon as she’s out of the Bigg Boss 11 house.” 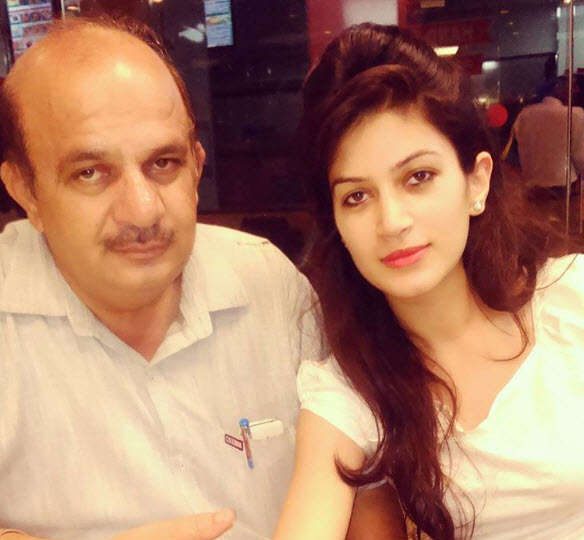 And not just that, this entire fiasco has affected her father really badly, and he’s been hospitalised. A source close to Bandgi’s family has revealed this to the online tabloid:

“Bandgi hails from a small town of Punjab called Jalalabad. Belonging to a well-to-do family, her relatives are immensely unhappy with what she has been doing inside the Bigg Boss 11 house. Owing to such rumours and gossip against her reputation, Bandgi’s father was recently rushed to the hospital because of high blood pressure issues.”

God knows who is speaking the truth! Is Bandgi telling the truth or she is just manipulating Puneesh on the show for the sake of it? It’s hard to say anything at this point. But this is no doubt affecting a lot of people outside and her own father. Nonetheless, all the Bigg Boss freaks can keep a check on this page for the latest news. One of the most controversial shows on Indian television is none other than Salman Khan hosted show, Bigg Boss. Talk about any season and you will get a list of disputes and statements by the contestants of the show. Recommended Read: You'll Laugh So Hard Seeing Rakhi's 'Naagin' Dance In Bharti's Wedding,