There is no end to the extent at which the most controversial show on the Indian television, Bigg Boss can be! After we mentioned about Priyank’s secret GF, Nikita Nagpal residing in the US, mentioning names of Priyank and Benafsha now, has become important too.

Recommended Read: Vikas Gupta Says Prince And Yuvika Will Marry In 2018, The Couple Opens Up About It Too

Priyank has been one contestant who has been creating headlines with something or the other each day. It was earlier reported that Benafsha’s boyfriend Varun Sood is feeling very insecure due to the closeness between Priyank and Benafsha. This news came into the picture by none other than, Priyank’s girlfriend, Divya Aggrawal. 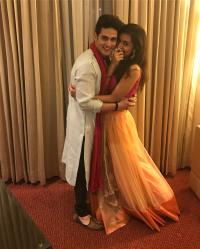 When asked about it, in an interview, this is what Divya said:

"Benafsha’s boyfriend Varun Sood is getting insecure and calling me, asking, what the hell Priyank is up to. I’m calming Varun all the time.” 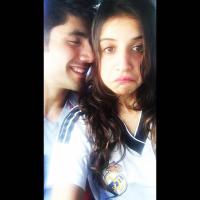 Going deeper into the situation and to get a clear picture on this, in order to understand Divya’s turmoil better, SpotboyE interviewed Varun and this is what he has to say:

“I didn’t like Divya calling me INSECURE. I am not an insecure person. I trust my girlfriend Ben and have full faith in her.” 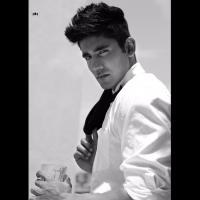 “Yes, I did call her but just to ask if Priyank was like, how he was with Ben, towards all his friends. 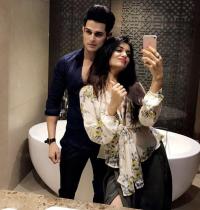 On this, Divya replied:

"He is a very demonstrative person- and it is nothing new that she is seeing.”

Don't Miss: After Calling Off Their Marriage, Bandgi's Boyfriend Dennis Makes The Most Unexpected Remarks

“So, the long and short of it is that I am not spending sleepless nights while Ben is locked inside the House.”

With these statements, we see two different stories from Divya and Varun’s statement. While we understand about Divya being hurt by Priyank not even accepting her as his girlfriend and in fact, getting close to Ben and even talking about his former girlfriend Nikita Nagpal. Check the story here.

Well, nothing is clear as of now. Is it Divya’s anger which is at peak, courtesy that she's hurt and she is trying to exaggerate things. Or maybe Varun is faking to be secure. Let us wait and get some clear picture from these contestants. Stay tuned to know more about Bigg Boss masala!

Recommended Read: Aishwarya's Wedding Designer Is Designing Bharti's Wedding Outfit, This Is What Bharti Will Wear