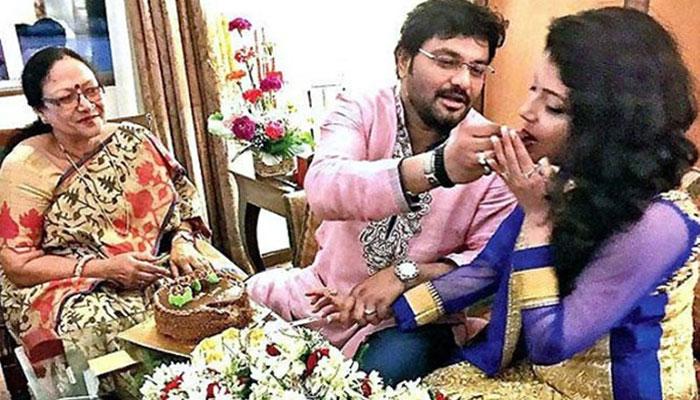 Famous Bollywood singer and Indian Union Minister, Babul Supriyo is all set to tie the knot for the second time with his Delhi-based girlfriend, Rachna Sharma. The two recently got engaged in the presence of Babul’s mother, and they will take the wedding vows very soon in New Delhi.

And, here we give you their wedding date and more details. So, keep reading.

Recommended Read: This Is The Cutest Thing That Bipasha Basu Has Done After Marriage 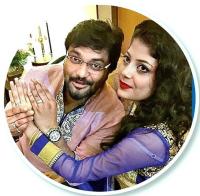 Babul and Rachna have been dating each other since last two years and they have a very interesting love tale to tell!

The singer spilled the beans on his relationship in an interview to Ananda Bazar Patrika. The singer said:

“For the last two years, my fate seems to have been circling in the air. Strange things are happening 30-35,000 ft above the sea level. Seems like someone is sitting up there and writing the script of my life.”

Babul met Rachna, who is an air hostess with Jet Airways, for the first time in 2014, in a Mumbai-Kolkata flight. And, it was love at first sight for the Hum Tum singer. He then spoke to Rachna and within a few minutes of conversation, he asked for her name and number. He also told in the interview how he used to sing a song for her every day and send it to her, to woo his ladylove.

Talking about what he felt is the best part about Rachna, the singer said:

“Complete simplicity. In my complex life, this is the only X-factor.”

That’s not all, this romantic singer has even planned life for the next five years. He told in the interview that he will celebrate his first wedding anniversary in Kolkata and the fifth one in Mumbai. After all, these two cities hold so much importance in the life of these two lovebirds as they met for the first time in a Mumbai-Kolkata flight!

On being asked if he informed the Prime Minster about his wedding, the singer said:

“Modiji was a little surprised, and then he wished me best of luck.”

This would be Babul’s second marriage. He earlier married Rhea in 1995, whom he divorced in 2006. He also has a daughter from his previous marriage, Sharmilee.

Here’s wishing Babul Supriyo and Rachna Sharma all the best for their future! And to keep getting all the updates related to their wedding, stay tuned with us! 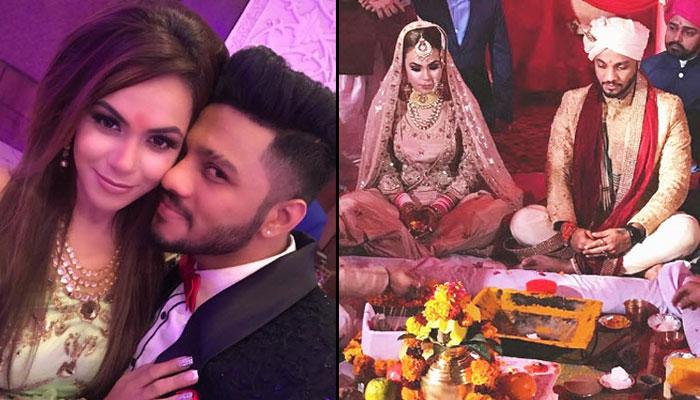