Ayushmann Khurrana's Shocking Revelation, His Marital Life Had Hit A Rough Patch Once

Ayushmann Khurrana's Shocking Revelation, His Marital Life Had Hit A Rough Patch Once

Ever since he made his debut in 2012 with the film Vicky Donor, Ayushmann Khurrana has ruled our hearts with his looks and acting. And now, he is all set to mesmerise us with his ninth film, Andhadhun. As part of promotions for his film which will be releasing on October 05, 2018, Ayushmann was interviewed by SpotboyE and he unveiled a few shocking revelations about his marital life. (Also Read: Parineeti Chopra Shares The First Family Picture With Nick Jonas On His 26th Birthday)

As we all know, Ayushmann is married to his childhood friend, Tahira Kashyap and the couple has two kids, Virajveer and Varushka. During the interview, the 34-year-old actor revealed that his marriage with Tahira had hit a rough patch once after she had watched the intimate scene of her husband with Yami Gautam, in the movie Vicky Donor. Ayushmann was quoted as saying, “Of course, she was (disturbed). I was wanted by everyone (after Vicky Donor became a hit). We were also going through a rough patch. She was not ready for all this”.

And when the Bareily Ki Barfi actor was asked if his wife demanded any ‘No Kissing/No Lovemaking’ clause in his contract with the next filmmakers, he revealed, “She wanted to of course that I should not kiss on screen. You see, we were like the first boyfriend and girlfriend of each other. But Tahira is also an artiste. She has grown tremendously. I was very immature when I married. Plus, we had a long-distance marriage for the longest time. I am glad that things are good now”. Ayushmann and Tahira have been married for over 8 years now. On being asked, how did they come to terms with all this, Ayushmann retorted, “Every relationship needs time. If you give time to your partner, he/she will feel much more secure”. (You May Like: Ayushmann Khurrana And Tahira Kashyap's Love Story: Met At A Tuition Centre To Family Playing Cupid) Talking about Vicky Donor’s phenomenal success, Tahira had once said, “When I saw Vicky Donor on the big screen for the first time, it was a surreal moment for me. I was transported back in time to when he had first told me he wanted to be an actor. And I had laughed. We definitely didn't expect Vicky Donor to do so well and never, in my wildest dreams, did I imagine that a song I had been listening to for the past 9 years (Paani Da) would become such a phenomenon!” Both of them have always spoken admirably of each other. Talking about his wifey, Ayushmann once told a media portal, “It is one of my achievements that I am married to her. It is difficult to find a girl like her. She has been with me through thick and thin. She was a pillar of support during my struggling days. She is more mature than I am. I am still childish. I value her advice”. 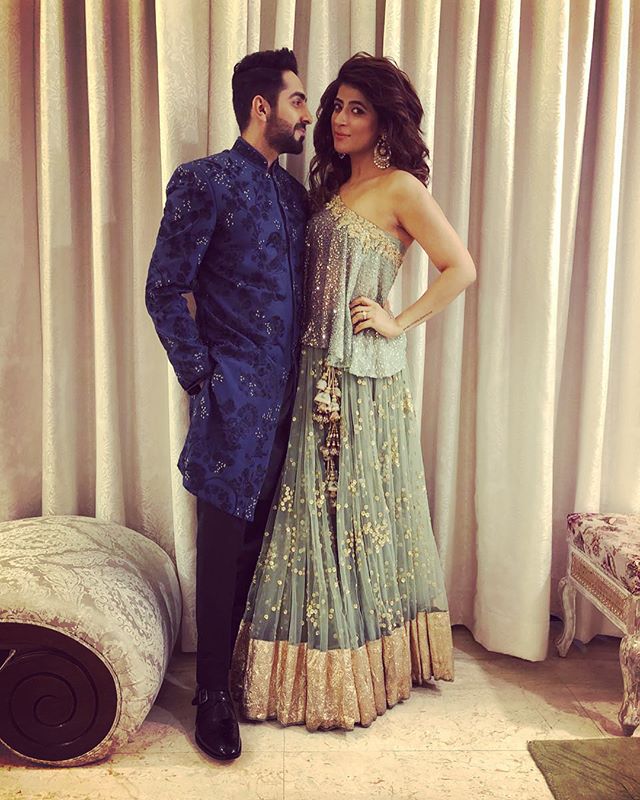 Tahira, on the other hand, had said, “As a husband, Ayush is a much better person than the guy I was dating. He is an amazing human being and I love him for his sound character- which is not just reflected in him as a husband, but also as an employee, employer, friend, son, brother, son-in-law... He makes the best companion I could ever ask for”. (Suggested Read: Sumeet Vyas Shares A Picture Of Their Engagement Rings, Ekta Kaul Vyas' Engagement Ring Is Unique) Isn’t their journey like a fairy-tale love story? But marriage is not always a bed of roses. Guys, what do you think about Ayushmann Khurrana’s shocking revelation that his marriage with Tahira Kashyap had hit a rough patch once due to his intimate scene with Yami Gautam? Drop your comments below.