'Anupamaa' star, Rushad Rana revealed the biggest reason behind his divorce with his wife, Khushnum. Find out! 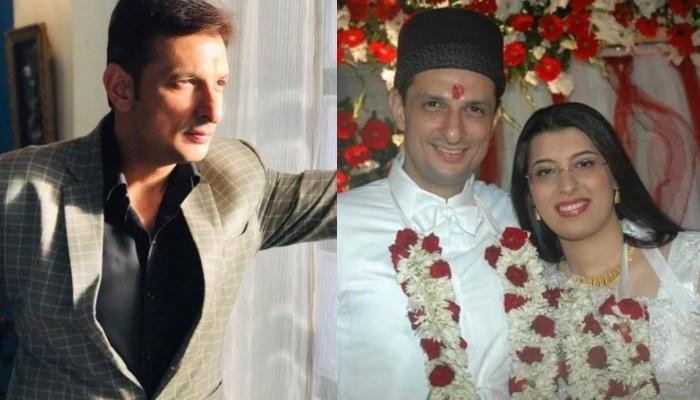 When a couple takes the holy seven vows at their wedding, they promise each other eternal love, respect, understanding and to be by each other's side through thick and thin. The decision of tying the marital knot is never easy, it is a brave decision and is the reason why a lot of couples, who had lived together for years get separated when the time of marriage comes. The thought of 'getting old' together is every married couple's goal, while some achieve it with their first life partners, some achieve it with their second or third. (Recommended Read: Anita Hassanandani And Rohit Reddy Finally Introduce 'Newest Member Of Family' Amid Pregnancy Rumour)

However, getting out of a marriage can be a fruitful decision if it is costing you your freedom, dreams, and happiness. For understanding it better, let's talk about the popular television actor, Rushad Rana, who spoke about the biggest reason behind his divorce. Scroll down to read it all!

In an interview with ETimes, popular television actor, Rushad Rana talked about his divorce with his wife, Khushnum and revealed the biggest reason behind it. The actor revealed that right from the very beginning, his wife's family was against his profession and wanted him to do a secure corporate job. He stated, "It was a love-cum-arranged marriage. But, from the beginning, my ex-wife's family was not able to accept my career. They felt that it was not a secure profession, and I should pursue a corporate job. I received many acting offers during that time, but I was always unhappy shooting because I was influenced into thinking that the profession was not right for me. Suddenly, I changed from being this happy-go-lucky guy into a man, who was not happy with his life. I tried to make my marriage work, but eventually, it didn't work out."

Going further in his interview, Rushad admitted that it was none other than his parents, who had supported him and encouraged him to do work during the toughest phase of his life. He said, "During this tough phase, my parents inspired me to get back on my feet and focus on my work. Now, I feel that work is my happiness, and I need someone who understands my profession and respects it. My in-laws probably did not like the profession, and therefore wanted me to change my career." However, the actor holds no grudges for any one of them and clearly stated that it's just about different perspectives, and for him, acting is where his happiness lies. He added, "They were good people, but I could not leave my career because that's where my happiness lay."

In the end, Rushad revealed that he's living happily at the moment and is glad that he had made his comeback to the television industry after such a long gap. He said, "I am glad that I am getting to do different roles on TV now. I was ambitious about doing films at one point in my career, but I feel TV is a great platform and has great opportunities. So even if I start getting film offers, I will never stop doing television now. I would like to strike a good balance between films and television." (Don't Miss: Kareena Kapoor Khan Shares Childhood Photo Of Sister Squad, Kareena-Karisma-Riddhima With Raj Kapoor)

The actor is extremely close to his parents and never skips a chance to credit them for his every achievement. On May 10, 2020, Rushad Rana had taken to his Instagram handle and had shared a beautiful picture with his mother from his childhood days. In the picture, we can see the little actor in his mother's arms as he looked away from the camera. Along with this adorable picture, Rushad had written a caption, and it could be read as "Can never get tired of sharing this pic" followed by a red-heart emoticon. Take a look: (Also Read: Neetu Kapoor, Ranbir Kapoor, Alia Bhatt, Bharat Sahni Dance To Surprise Riddhima Kapoor On Birthday)

Well, we are glad that Rushad is doing what he loves the most in his life!