It is a well-established fact that Asim Riaz’s brother, Umar Riaz is a doctor. Asim has shared his elder brother's picture, praising him for being a frontline warrior. Check out the details inside! The Coronavirus scare has put the entire world on halt as everyone is under house arrest, either due to the lockdown announced by the government or for their own safety. While some people are acting sensibly by staying at home and maintaining the social distance, but there are a few, who are finding it hard to go with the memo. The doctors are the only warriors in these desperate hours and they are putting their rest and safety on hold to treat the people infected by the virus. However, the labour class is bound to travel miles to reach their homes as they are lacking the basic necessities due to the loss of their jobs. (Also Read: Malaika Arora Takes Inspiration From BFF, Kareena's Quarantine Styling, Bebo's Reply Is Unmissable)

Well, we respect and salute our doctors, working restlessly for the citizens, our heart goes out to the families of these doctors, who know that their family member is putting his/her life at risk and yet support them to serve the nation. There are so many celebrities, who had earlier left their profession as a doctor, are now getting back to their profession to serve the nation, making their fans proud of them. There are many celebrities, whose relatives are working in hospitals. One of them is the reality show, Bigg Boss 13 sensation, Asim Riaz, who had won people’s heart if not a trophy for being vocal against wrong things, his love story with co-contestant, Himanshi Khurana and his respect and love for his elder brother, Umar Riaz. 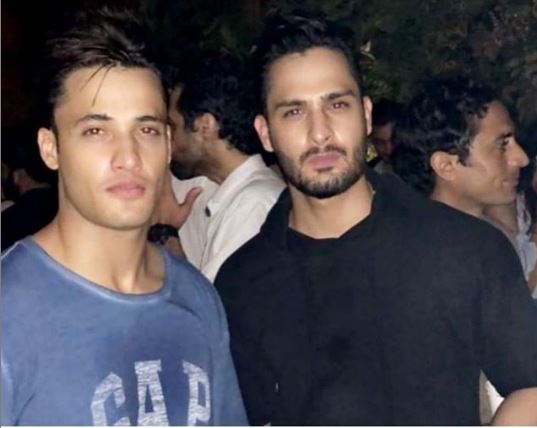 Asim and Umar’s bond was quite evident throughout the former’s Bigg Boss journey. Asim was always seen and heard appreciating his elder brother, Umar. Every time, Umar had visited the Bigg Boss house to meet Asim, their understanding and compassion was a sight to behold. While, in the show, Asim had always believed in Umar’s advice, and Umar had also outside the house made sure that his brother gets complete support and nobody troubles him. As it is a well-established fact now that Asim’s brother, Umar is a doctor, or rather we should say, a very handsome doctor. Asim took to his Instagram handle to praise his brother for treating the Coronavirus patients these days. Asim shared a picture of his brother wearing a PPE Kit in his clinic while writing a prescription. Asim is proud of his brother and so are we. Take a look: Umar too has always been supportive of his brother, Asim, be it for his professional life or personal life. When the nation was talking about Asim Riaz and his love story with Himanshi Khurana, it was Umar, who had stepped forward to confirm the relationship of the two. In a conversation with the SpotboyE, Umar had revealed that his brother, Asim is in a relationship with Himanshi Khurana. The surgeon had said, “I am happy about it. I will not oppose my brother. My happiness lies in his happiness.” On being asked, what does he think about his brother's choice, Umar had replied, “You marry someone who understands and supports you. If Asim feels he has found that someone, I have no objection.” (Recommended Read: Swara Bhaskar Travels Home To Meet Injured Mother, Admits Being Guilty For Not Being With Her) 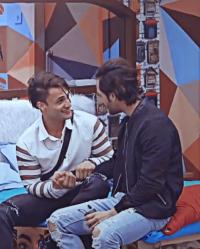 There were also reports that Umar had unfollowed Himanshi on social media platforms, but he had clarified the same saying, “There was a certain misunderstanding. The media was writing about it.” Adding to his comments, Umar had explained that Himanshi had thought I and Asim are against her because of the ongoing media reports, as he had further added, “She felt that I and some followers of Asim had turned against her." (Don't Miss: Rana Daggubati Opens Up About Confessing His Love To Miheeka Bajaj And How She Reacted) We are proud of Asim's brother, Umar Riaz!