In an episode of 'The Kapil Sharma Show', Ashutosh Rana and Renuka Shahane spilt some beans on their relationship and how love had blossomed between them more than two decades ago.

While he made his breakthrough as Gokul Pandit in Dushman (1988) and even today, watching him on-screen in his villainous roles sends a shiver down our spines, she became an ideal bahu with her role in Hum Aapke Hain Koun..! (1994). While we had loved to hate his on-screen characters, she had charmed us with her simplicity. Contrary to their on-screen personas, while he is a demure man in real life, she is known for not mincing her words and veraciously speaking on issues. Ashutosh Rana and Renuka Shahane are such personalities of B-town, who had strived and successfully achieved becoming ‘actors’ instead of ‘stars’. (Also Read: Soha Ali Khan Showers Bhabhi, Kareena Kapoor Khan With Lots Of Love And Praises On Her 40th Birthday)

Different personalities but one soul, Ashutosh Rana and Renuka Shahane are a match made in heaven and their love story is nothing less than a Bollywood one. Renuka and Ashutosh had completed 19 years of married life in 2020 and to mark the same, the former had posted a lovely wish on her IG handle. Renuka had posted an all-smiling throwback picture from their wedding and had captioned it as "You and I....what a beautiful world....19 years ago today.... love eternal @ashutosh_ramnarayan." 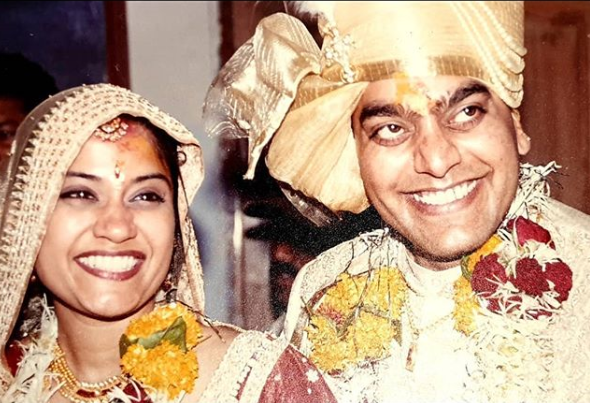 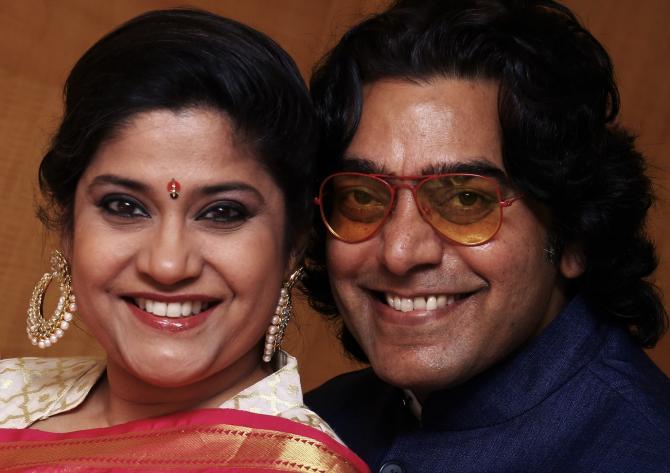 Narrating what happened further, Ashutosh Rana said that director, Ravi Rai had wanted to do a show with him and Renuka Shahane. So, Ashutosh had taken this opportunity to ask Ravi for Renuka’s number but the director had told him that she doesn’t answer calls from unknown numbers and also not after 10 pm. Keeping in mind these protocols, Ashutosh had left a message on her answering machine wishing her for Dussehra but he had also refrained from sharing his contact number. Ashutosh had thought that if Renuka wanted to talk to him, she would try to find his number. As destiny was in his favour, Renuka had thanked him for the wishes but through his sister. For three months, Renuka and Ashutosh had played ‘phone a friend’. Ashutosh had elaborated, “Maine usi din raat ko 10:30 baje inhe call kardia aur kaha Thank you Renuka ji aapne apna number de dia. Aur aise teen mahine hum phone a friend khelte rahe.” After a few months of knowing each other, Ashutosh Rana had decided to propose Renuka Shahane with a poem, which had required an answer in the end. While Ashutosh had admired the art of poetry, Renuka had loved prose. So, Ashutosh had penned a poem for Renuka with a hope to get a reply if her answer would be a ‘yes’ and even if she wasn’t interested in him, there wasn’t a scope of rejection. Though, he had feared being rejected. When Ashutosh was shooting in Hyderabad, Renuka was in Goa for different projects, he had narrated the poem to her and after taking a pause, she had replied that she loves him too. Then in a rather stern response, Ashutosh had said, “Aap laut kar aaiye fir iss vishay par or baat karenge.” And rest as they say is history! Renuka Shahane also revealed which was the first film shoot she had seen of Ashutosh Rana after they had started dating. In a promo shared by Kapil Sharma on his IG handle, Renuka had said on the show, “Hum jab date karne lage na, tab pehli shoot maine jo inki dekhi vo Sangharsh thi. Us waqt vo keh rahe the ki ‘Main insaan nahi hu’.” This left everyone in splits. (Also Read: 5 Times Kareena Kapoor Khan Had Broken Stereotypes During Her First Pregnancy And Became Inspiration)

Renuka and Ashutosh have been living their happily ever after since then, and we wish them many more such years of togetherness and love!