One of the finest actors of his generation and a master of acting, Ashutosh Rana has turned 53 today and his wife, Renuka Shahane has shared a stunning collage of him. Take a look! 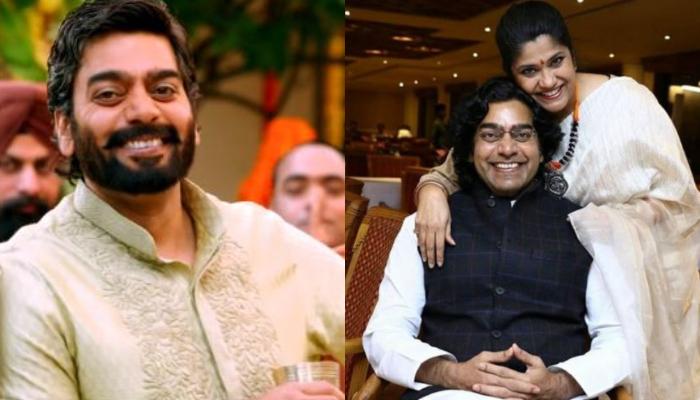 On this day back in the year 1967, a child was born in the Gadarwara district of Narsinghpur, Madhya Pradesh. Right from his childhood days, the boy had started portraying the iconic mythological villain, Ravana in his local Ramleela events. People were scared of his villainous expressions, and he was fated to become one of the greatest villains in the history of Indian cinema. The man, the myth, the legend, Ashutosh Rana is simply a gift of God to the Bollywood. (Recommended Read: Shweta Tiwari's Estranged Husband, Abhinav Shares Video Of Her Blocking Him From Entering Her House)

The actor has worked in the entertainment industry for more than 25 years and from terrifying people on small screens to winning hearts on the big-screen, Ashutosh Rana has proved the mettle of his acting time and again. Today the actor has turned 53, and on his special day, his wife and actress, Renuka Shahane has shared a stunning photo collage of him. Scroll down to take a look!

On November 10, 2020, Ashutosh Rana's wife and actress, Renuka Shahane took to her Instagram handle and shared a beautiful photo collage of her hubby on his 53rd birthday. In the collage, we can see seven stunning pictures of Ashutosh, and he looked nothing less than a dapper in his short boxed beard, black polo t-shirt, shades, and long hair. It seems like the actor didn't age a day because his looks can give any young actor a run for his money. Along with this collage, Renuka wrote a sweet wish in the caption, and it can be read as "Love you forever & beyond Happy birthday @ashutosh_ramnarayan" followed by three heart emoticons. Take a look:

Ashutosh Rana and Renuka Shahane are quite active on social media, and as a result, we get a chance to drool over their beautiful chemistry through their PDAs, cutesy pictures, and videos time and again. For instance, on June 18, 2020, Renuka Shahane had taken to her IG handle and had shared a collage of photos with her hubby, Ashutosh Rana. In the picture, both Renuka and Ashutosh could be seen twinning in a black and red outfit. Along with the picture, Renuka had written a lovely note in the caption that can be read as "Hold on to your loved ones. Blessed to have @ashutosh_ramnarayan. Twinning in black & red." (Don't Miss: Anil Kapoor Pens A Lovely Wish For His Son, Harsh Varrdhan Kapoor, Calls Him His Best Friend)

On May 25, 2001, Ashutosh Rana and Renuka Shahane had tied the marital knot, and since then, they're giving us major couple goals the way they stand for one another through thick and thin. On May 25, 2020, the couple had completed 19 years of marital bliss, and Renuka had posted a throwback picture from her wedding on her Instagram handle. Along with the picture, she had written the most beautiful lines, wishing her husband, Ashutosh a happy marriage anniversary. Her caption could be read as "You and I....what a beautiful world....19 years ago today.... love eternal @ashutosh_ramnarayan", followed by three heart emojis. Take a look at the picture below. (Also Read: Kareena Kapoor Shares A Picture Of Taimur With BFF, Malaika Arora's Son, Arhaan On His 18th Birthday)