The wedding season is here and cricketer, Manish Pandey took his 'dulhania' Ashrita Shetty away as he tied the knot with her in an intimate wedding. Scroll down to see the wedding pictures! A wedding is a great excuse for the entire family to let their hair lose and celebrate the union of two souls. It is also a special occasion for the entire family and friends to come together. You get to see all your aunties and uncles, whose only agenda of coming to the shaadi is to make matches. Your celebration turns into a big Bollywood film with cousins wearing their best outfits and your friends dancing their hearts out. And the recent one to dance on the beats of dhol is Indian cricketer, Manish Pandey, who tied the knot with South actress, Ashrita Shetty. (Recommend Read: Arhaan Khan Enters BB House With A Surprise For Rashami Desai, A Possible Proposal Is Expected)

Cricketer, Manish Pandey is fondly known as the first Indian batsman to score a century in the Indian Premier League (IPL). On the other hand, Ashrita Shetty has made a name for herself in the south with her debut Movie, Udhayam NH4. Later, she starred in several movies like Oru Kanniyum Moonu Kalavaniyum, Indrajith and Naan Thaan Siva. Talking about their relationship, the duo never really came out in open to talk about their feelings for each other. 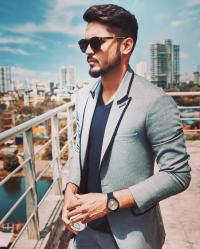 Yesterday, on December 2, 2019, Manish and Ashrita married each other in a traditional South Indian ceremony in Mumbai. Their wedding pictures have hit the web, leaving their fans gushing over the cutesy couple. In the pictures, we can see Ashrita donning her brightest smile as she exchanges wedding vows with the man of her dreams in an intimate ceremony. For the big day, Ashrita picked a maroon-and-gold silk saree, whereas Manish opted for a cream-coloured sherwani. Check out their wedding pictures below:

On December 1, 2019, during the post-match presentation, Manish Pandey had talked about his wedding for the first time. He had said, "Looking forward to the India series, but before that, there is another important series for me, I am getting married tomorrow." However, until then, the duo never spoke about their relationship.  (Also Read: Taimur Ali Khan Practicing Yoga At His Playschool Will Make You Kick Away Your Winter Laziness) 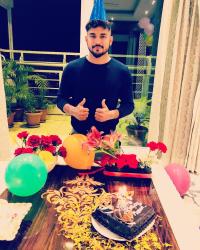 Earlier, in October, a report in the Mid-Day had talked about their wedding details. A source close to the couple had shared that it will be a two-day private affair and only their close friends and relatives have been invited. Manish has closely guarded his love-affair with Ashrita for quite some time. And no one could ever make out that the two were in love and planning to spend the rest of their lives together. (Don't Miss: Hina Khan And Beau, Rocky Jaiswal Take A Mini Vacation To Pushkar, Visit Ajmer Sharif Dargah)

Well, we wish Manish and Ashrita, a happily married life!