During one of the tasks in 'Bigg Boss 13', Siddharth Dey made some derogatory comments on Arti Singh. Her sister-in-law, Kashmera Shah took Siddharth's side and said it's just a game. 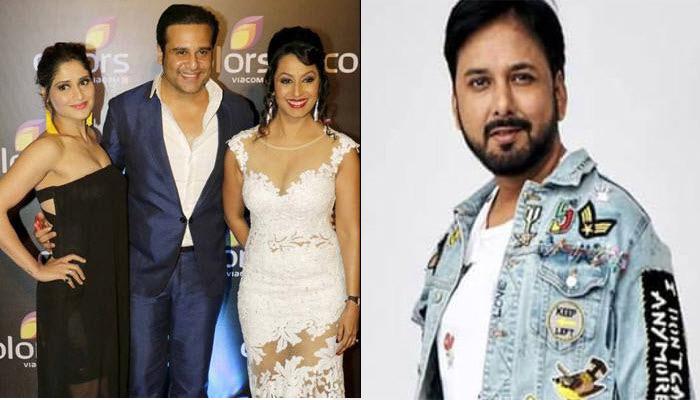 Bigg Boss is all about controversial statements and shocking khulasas from the contestants. The thirteenth season of the much-awaited controversial reality show, Bigg Boss was premiered on September 29, 2019, and has been grabbing the attention of the audiences ever since. The fights inside the house among the contestants go over the board and leave audiences in dilemma and the different characters of their favourite celebs leave them stunned.

Arti Singh has been the target of controversies in and outside the house ever since she has entered the Bigg Boss house. Comedian, Krushna Abhishek’s sister Arti was attacked by a fellow contestant, Siddharth Dey and the latter has apparently called her ‘characterless’. During one of the tasks, Siddharth made some derogatory comments on Arti while she was applying powder and shaving cream on his body. On the same incident, Arti’s sister-in-law, Kashmera Shah, who was also a contestant on Bigg Boss 6 has shared her point. (Recommended Read: Karanvir Bohra and Teejay Sidhu Seek Blessings At Golden Temple On Their Twin Daughter's Birthday) 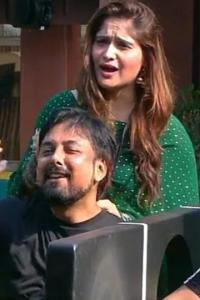 In a conversation with SpotboyE, Kashmera Shah has taken Siddharth Dey’s side instead of Arti and said, “It’s a game. I am sure if Dey was outside, he would not say such things to any girl. And I am sure he would never be in a situation where he would have to sit in one place holding someone's hands while someone was wiping unwanted things on his face. In Arti's defence, she was doing a task where she had to do stuff to make Dey give up the task. She also stood up for herself. So, a request to everyone watching that this is just a task and not real life. In reality, both would not be put in such situations and would not have reacted like this." 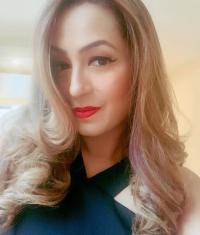 However, Arti Singh’s brother and famous comedian, Krushna Abhishek have a different take on the incident. Earlier, while speaking to SpotboyE, Krushna had said, “I'm shocked that Siddhartha Dey could do this. He knows me and my family. How could he do this to a woman? How could he do this to my sister? He is losing his fans. Log usko hi gaaliyan de rahe hain. He shouldn't have done this." When Krushna was asked if he would confront Siddharth, he had replied, “Of course, I will confront him. Arti is my sister. I may even go to the show and ask him in front of Bhai (Salman Khan) that what was all that about.” 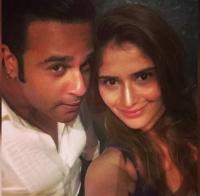 Arti Singh is very close to her family and especially her brother, Krushna Abhishek. Doting brother, Krushna had accompanied his sister, Arti for the premiere and had said on-stage, “I want people to know her as Arti Singh and not Krushna’s sister.” Agreeing on the same, Arti had also added, “I want people to know me as Arti Singh. I have always been known as Krushna's sister. I want to come out of that shadow and want him to be known as my brother. He is very excited for me. It sank in pretty late to him that I am really going. He knows that I want people to know me. I always wanted to do Bigg Boss; it is one of the biggest reality show, also I am a Salman fan.” (Suggested Read: Charu Asopa's Latest Chooda Has Her And Rajeev Sen's Picture On It And We Can't Take Our Eyes Off It) 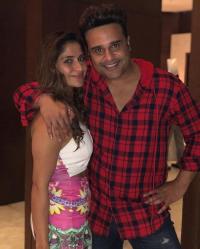 Before entering the Bigg Boss house, Arti Singh was linked with her fellow contestant, Sidharth Shukla and in one of the episodes, Arti had shared her brother Krushna’s reaction on these linkup rumours. In a conversation with her fellow contestant, Devoleena Bhattacharjee, Arti has expressed that the linkup rumours did bother her and had said, “There were reports about my link up with Sidharth Shukla before I came into the house. I got scared when I read it because I am no longer interested in dating and all.” Arti had further asserted that her brother, Krushna Abhishek was also concerned about the rumours and even quizzed her about the same. However, when Arti had clarified the rumours, Krushna had asked his sister to relax and advised her not to stress about these reports. (Also Read: Chhavi Mittal Shares Her Weight Loss Tricks From Gym To Shed Post Pregnancy Weight)

Well, Bigg Boss is living up to the expectation of being the most controversial show. What do you think?