On August 3, 2020, Arpita Khan Sharma had celebrated her 31st birthday with her hubby, Aayush Sharma, kids, Ahil Sharma and Ayat Sharma, and her in-laws in Mandi, Himachal Pradesh.

No matter how old we grow up, birthdays hold a special place in our hearts. It is a day to celebrate our existence, take a break from daily routine and spend time pampering ourselves. It becomes even more special when we have someone to make it memorable for us, be it our family, spouse, friends or kids. Occasional celebrations are worth spending time on and the presence of our dear ones, make it super-special for us! Let's see who made Salman Khan's sister, Arpita Khan Sharma's 31st birthday special. (Also Read: Arpita Khan Sharma Shares A Video Of Her Daughter, Ayat's First Rakhi Celebrations)

Hailing from the Khan parivar of B-town, daughter of Salim Khan and Helen, Arpita Khan is the heartbeat of the clan and it was in 2013, when the universe had conspired to introduce her to her soulmate, Aayush Sharma, son of politician Anil Sharma of Himachal. A year later in 2014, Arpita and Aayush had become each other's forever and embarked on their journey of togetherness as husband and wife.  In 2016, Arpita and Aayush had stepped into the next phase of their marital journey and had embraced parenthood with the arrival of their son, Ahil Sharma. Three years later, their family got completed with the arrival of a little angel in their lives, whom they have named Ayat Sharma.

On August 3, 2020, Arpita Khan Sharma had celebrated her 31st birthday with her hubby, Aayush Sharma, kids, Ahil Sharma and Ayat Sharma, and her in-laws in Mandi, Himachal Pradesh. While Arpita was busy enjoying and making the most of her birthday and responding to birthday wishes, it was a day later that she took to her IG feed to share the glimpses of the celebrations. Arpita's birthday celebrations had taken place at the poolside of the Sharma residence and it was beautifully decorated with flowers. It was Arpita's first birthday with her eight-month-old angel, Ayat and the mother-daughter duo twinned in florals for the celebrations. Arpita and Ayat looked adorable in red-green floral outfits. 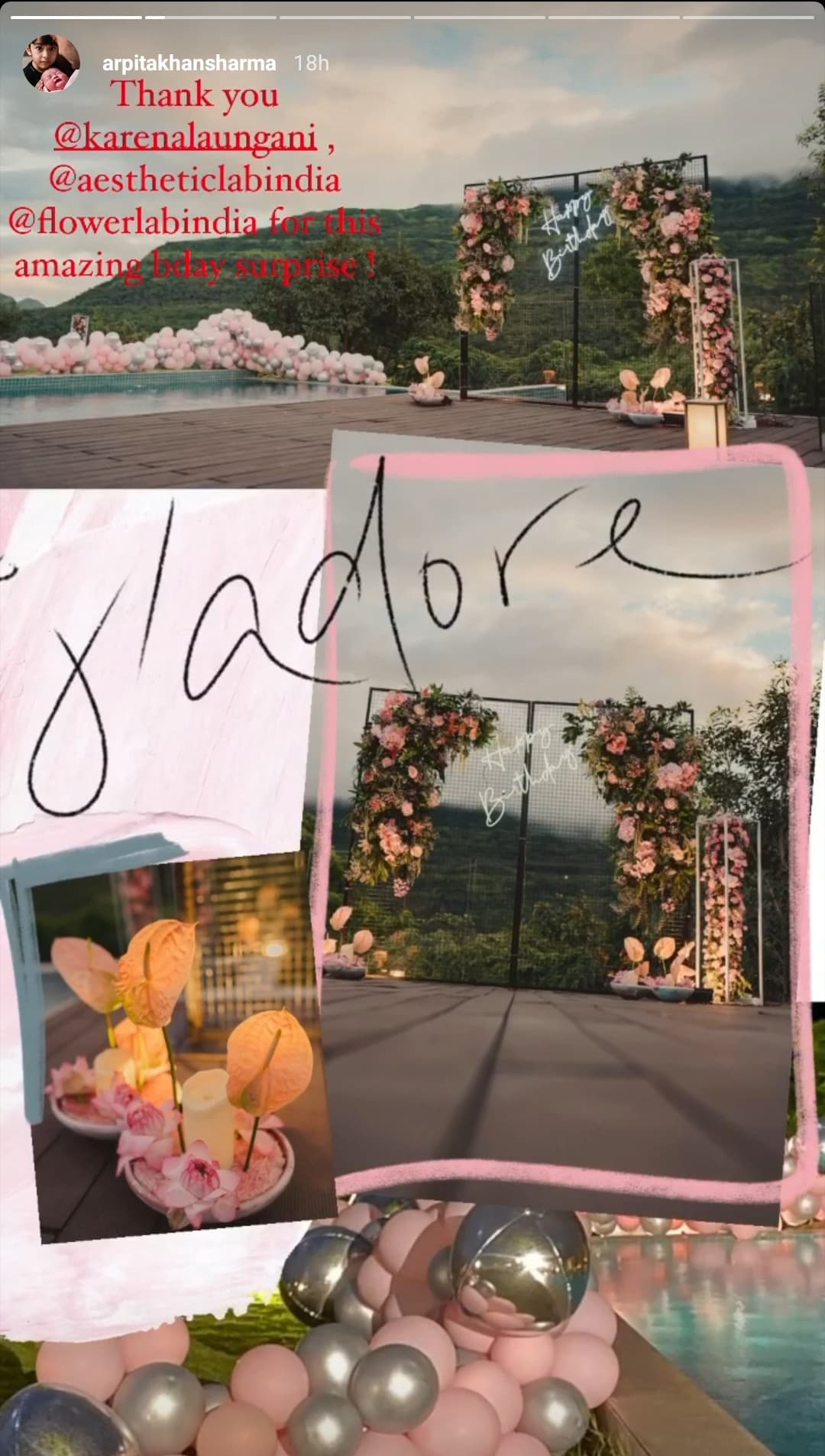 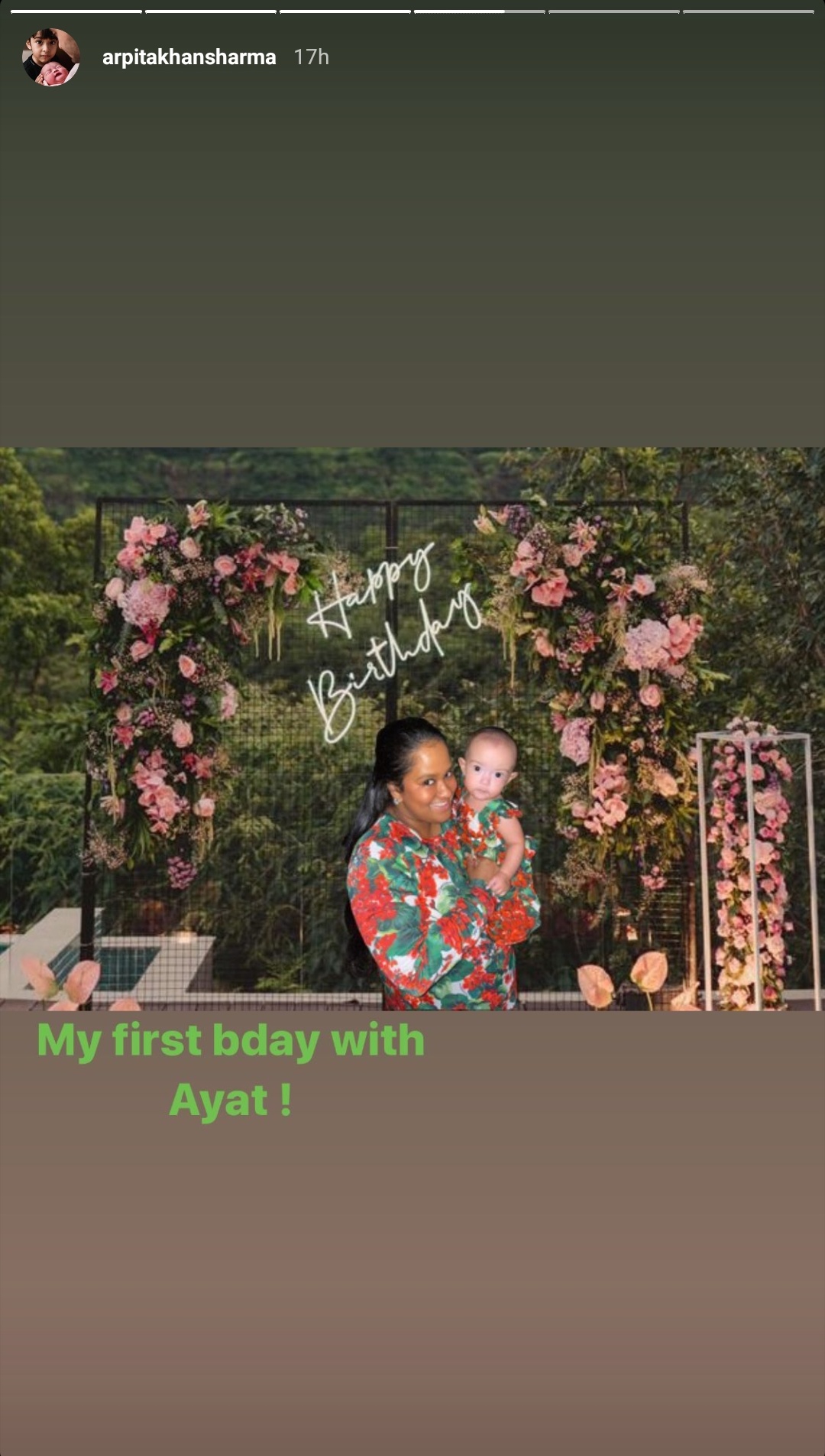 To mark Arpita Khan Sharma's 31st birthday, Aayush Sharma had penned a heartfelt wish on his IG feed along with two mushy pictures with her. Expressing why her birthday is important for them as family, Aayush had written for 'the strongest woman' of his life, "Here's wishing the strongest woman, I know a very Happy Birthday. From standing backstage while cheering my performance with tears in your eyes to standing by my side unconditionally when things were not shaping  up as planned. From the subtle appreciation to the loud private criticism. You have really played an important part in shaping the man that I ’m today. So Thank you for coming into my life. You’ll always be my strength. Your birthday is a very special occasion for us as a family, Because we are celebrating the birth of a wonderful daughter, sister, wife, mother but more importantly an amazing human being. Love you Arpita." (Also Read: Aftab Shivdasani Opens Up On Embracing Parenthood With Wife, Nin Dusanj)

Arpita Khan Sharma and Aayush Sharma's little one, Ahil Sharma's birthday on March 30, 2020, was also special for the Khan-Sharma family as it was his first one with his baby sister, Ayat Sharma. Salman Khan and Arpita's sister, Alvira Khan Agnihotri's director-producer husband, Atul Agnihotri had posted a sneak peek into the intimate birthday celebrations of Ahil with family. Ahil was beaming with joy as he had celebrated his fourth birthday with his dear ones and one of the pictures had Arpita holding her newborn angel, Ayat in her arms. 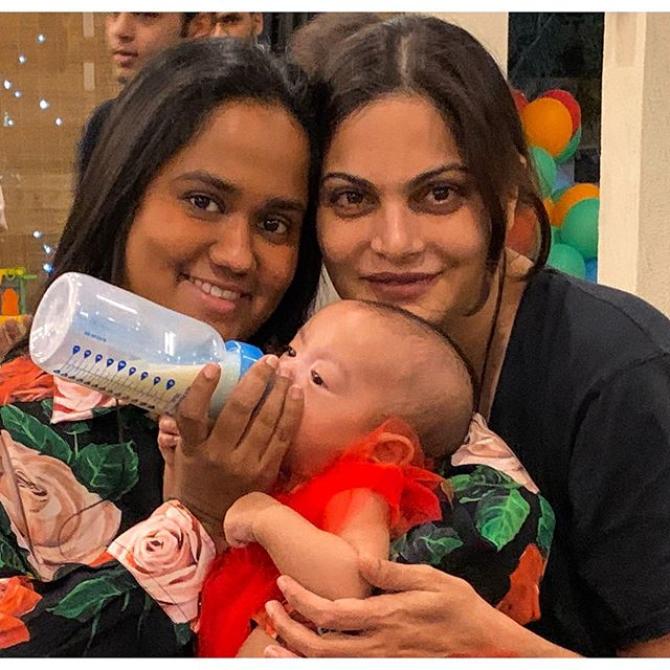 The quality time with family that the celebs often miss out on due to their hectic work schedules, they are now making up for it. Aayush Sharma too, is making the most of his family time with wife, Arpita Khan Sharma, son, Ahil Sharma and daughter, Ayat Sharma. Sharing the glimpses of his quarantine moment with his family, Aayush had written, “Stay at home .. spend time with your family and create beautiful memories Make the most out of this quarantine & stay safe. #quarantine #familytime.” (Also Read: Natasa Stankovic Shares The First Family Picture With Her Hubby, Hardik Pandya And Their Newborn Son) 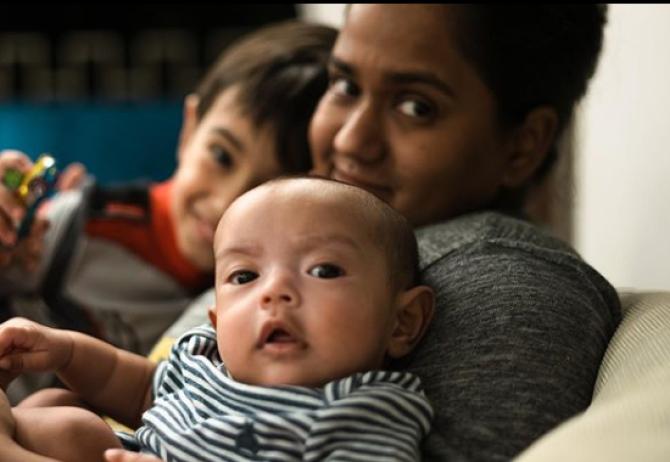