Bollywood actor, Aftab Shivdasai and his wife, Nin Dusanj has embraced the journey of parenthood. Check out what the actor has to say about his new phase! Being a father is the most crucial phase in a man's life. While a baby boy becomes his best friend, a baby girl always remains his little princess. He forever remains a hero in the eyes of his little girl. The bond shared between the father-daughter duo never changes. For a man being a daddy is the best title which no one can take away from each other. And Bollywood actor, Aftab Shivdasani embraced the journey of fatherhood for the first time. (Recommend Read: Anushka Sharma Reveals How She Annoys Virat Kohli, Says Absence Of Ego Makes A Stable Relationship)

Aftab Shivdasani and his wife, Nin Dusanj, gave a sweet surprise on August 2, 2020, when they had announced the arrival of their little princess. Aftab had taken to his Instagram handle and had announced the news of their new journey as parents. The actor had posted an adorable picture of his baby girl's feet. Along with it, he had written, "A little bit of Heaven has been sent to Earth', with God's blessings @nin_dusanj and I are happy to announce the birth of our daughter.. we are proud parents and a family of three now."

Recently, in an interview with the Hindustan Times, Aftab opened up on his fatherhood journey. He shared, "Just the thought of fatherhood always excited me as I love children. The thought of seeing a product of our love is the most beautiful feeling ever. I'm looking forward to nurturing and loving this beautiful child of ours. Right from changing nappies to comforting and taking care of Nin and the baby. The only thing I'm not looking forward to is staying away from them." (Also Read: Rhea Kapoor And Harsh Varrdhan Kapoor Give Glimpse Of Their And Sonam Kapoor Ahuja's Walk-In Closets) 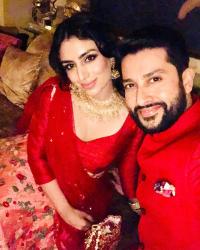 Aftab also shared why he chose to keep it a secret and said, "We consciously chose to keep it a surprise as somethings in life are private and sacred. It wasn't easy to keep it quiet as this is not something one can hide easily for obvious reasons! But we planned it strategically and decided to have the baby in London just to get some space and some quality time for ourselves as well." 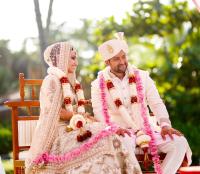 Talking about Aftab and Nin's love story, the duo had gotten married in the year 2014 in a court marriage, and they had renewed their wedding vows in 2017 in Sri Lanka. In an interview with The Times of India, Aftab had talked about the leading lady of his life. He had shared, "Yes, I am in a relation with Nin Dusanj. I think she has the biggest role in my comeback and my current happy space. I call her my lady luck. She has come and changed the tides of my life personally and professionally. She's been extremely supportive. So I am very lucky, and I am in a very happy space. We both are." (Don't Miss: Sushant Singh Rajput's Ex, Ankita Lokhande Takes A Spiritual Route Like Him, Shares A Cryptic Post)