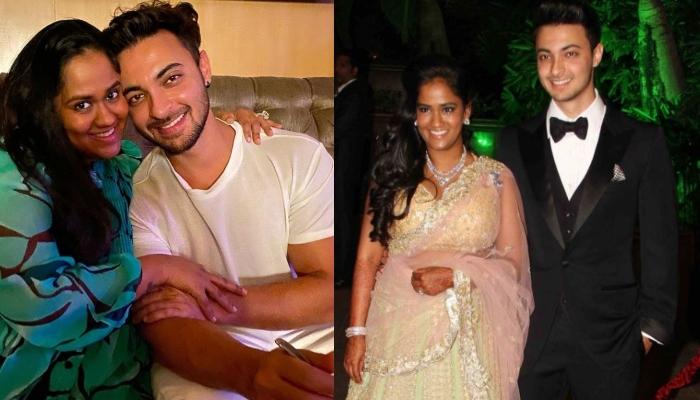 She was adopted by Salim Khan and became the heartbeat of the Khan family while he is the son of Former Power Minister of Himachal Pradesh, Anil Sharma. She hails from a family of actors but had chosen to stay away from the media glare and the same profession. He hails from a political family and had chosen acting as his career. Having met through common friends, Arpita Khan and Aayush Sharma had dated for a few years before tying the knot on November 18, 2014. It has been six years now since Arpita and Aayush had tied the knot and in their journey, the lovebirds were blessed with two kids, Ahil Sharma and Ayat Sharma. (Also Read: Sara Ali Khan's Reaction To Her Brother, Ibrahim Ali Khan Being A Mamma's Boy Is Every Sister Ever!)

To mark their sixth wedding anniversary, Arpita Khan Sharma recalled and cherished her journey with Aayush Sharma from being her friend to her husband. Arpita wrote, “From being my friend to being my husband, I cherish the journey we decide to pave together. I am glad we gambled our lives to each other 6 years back. Happy Anniversary my LOVE. For the first time we our not celebrating together but I am so happy your doing what you love doing best. To many more year of togetherness, happiness , gossip , fights , differences & I MISS YOU & LOVE YOU @aaysharma.” 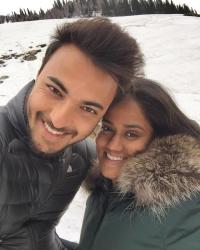 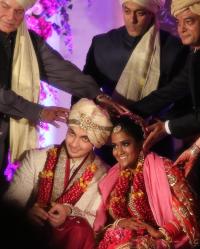 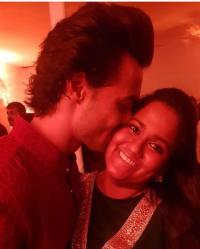 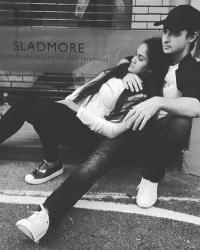 It was six years ago when Arpita Khan Sharma and Aayush Sharma had embarked on their journey of happily ever after and 2014 was the year of a new beginning for the couple. On the occasion of Arpita and Aayush’s sixth wedding anniversary, we have a special surprise for their fans. An unseen picture of Arpita and Aayush from their griha pravesh ceremony post their wedding was shared by one of their fan pages. While Arpita had looked beautiful in a pink coloured floor-length suit with a floral net dupatta over her head, Aayush had kept his look casual in a grey sweatshirt and black pants. 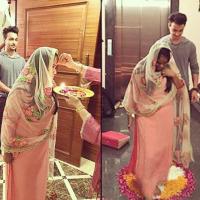 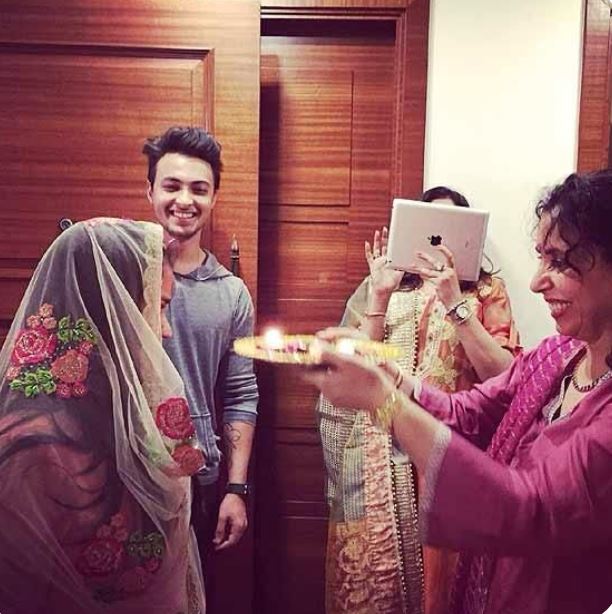 Aayush Sharma, in his anniversary post for Arpita Khan Sharma, expressed how blessed he is to have a partner like her in his life. Sharing a couple of pictures with Arpita, Aayush wrote, “Happy Anniversary my love @arpitakhansharma .. We have been married for 6 years but it feels like I know you since forever. 6 years of your insane childish excitement and finding happiness in the smallest of moments. Blessed to have a partner like you .. Love you always.” (Also Read: Mohena Kumari Singh's Picture With Her 'Mummy Hukam' And Sister-In-Law Is Giving 'Nari Shakti' Vibes) 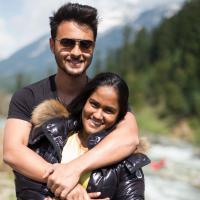 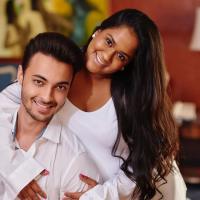 For Diwali 2020, Arpita Khan Sharma and Aayush Sharma had twinned in black while their little ones, Ahil Sharma and Ayat Sharma made for the sweetest brother-sister duo in blue outfits. Sharing their family picture, while Arpita had written, “Happy Diwali from ours to yours. May this new year be filled with happiness, success & great health to all”, Aayush had captioned the post as “Wishing you all a very Happy Diwali... may the lights fill our hearts with positivity and love.” 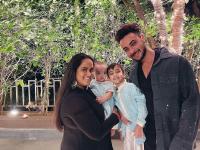 In 2016, Arpita Khan Sharma and Aayush Sharma had stepped into the next phase of their married life and had embraced parenthood with the arrival of their son, Ahil Sharma. Three years later, their family got completed with the arrival of a little angel in their lives, whom they have named Ayat Sharma. To mark her sixth Karwa Chauth in 2020, Arpita had looked gorgeous as ever in a red suit and twinned with Aayush in hues of the same colour. Sharing a picture from Karwa Chauth celebration, Arpita had written, “Dream Without Fear, Love Without Limits. @aaysharma.” 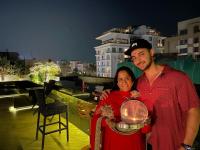 For the uninitiated, Salman Khan shares his birth date with his soon-to-be a year-old niece, Ayat Sharma as it was on December 27, 2020, when his sister, Arpita Khan Sharma had given birth to a baby girl. To welcome Ayat in their world, proud mamu, Salman had tweeted, “Welcome to this beautiful world Ayat. Thank u Arpita n Ayush for the best birthday gift for the whole family. May everyone who reads this bless her n may she grow up n make everyone proud. Thank u for all the love n respect. You all have been very kind, thank u thank u thank u!” (Also Read: Nisha Rawal Dedicates Her 'Circle Of Life' Tattoo To Unborn Child, Angel Mehra And Son, Kavish Mehra)