Arjun Rampal Slams A User Who Trolled Him For Holding A Knife With His Son, Arik In His Arms

Arjun Rampal Slams A User Who Trolled Him For Holding A Knife With His Son, Arik In His Arms

On social media, everyone has a problem with everyone, and they don't think twice before spitting it out. Check out Arjun Rampal's befitting reply!

Trollers will be brainless trollers, and you cannot do anything about it. In the world of social media, we often meet people, who only know how to look at someone's wrong side. They will find everything wrong within seconds of posting something. While some users try to ignore them, some cannot and get into an ugly social media fights. Amidst it, celebrity trolling it the worse kind of hate that easily spreads on social media, but some celebrities make sure to give a befitting reply to these trollers. And the recent one to become the target of these mindless trolls is Arjun Rampal. (Recommend Read: Divyanka Tripathi Dahiya Never Skips A Chance To Click Hubby, Vivek Dahiya Even When He's Not Posing)

Arjun Rampal and his girlfriend, Gabriella Demetriades never fail to shell out couple goals. The two had welcomed their baby boy on July 18, 2019. Since then, their lives have become a fairytale as they are trying to give their best to raise their little prince, Arik Rampal. We remember the day when Arjun had shared his baby's unique name on Instagram. Arjun had taken to Instagram to announce his son's unique name. He had shared a picture of his hands and had written, "That gracious thing made of tears, of happiness, gratitude, and light. A rainbow appeared in our lives. So blessed we feel gratitude and abundance of joy. Welcome junior Rampal, into our lives. Thank you all for your graciousness, love and beautiful wishes. Say hello to baby Arik Rampal. #ArikRampal." On June 9, 2020, Arjun took to his Instagram handle and posted a picture with his baby in his arms and a knife in his hands which he was pointing towards the camera. While we loved the pictures, some users didn't understand the cuteness of it and took it as an opportunity to troll him. One of the users wrote, "Why are we not talking about the knife in his hand". To which, Arjun replied, "Was Baby proofing the house when he ran into my arms, but I love this image that’s why I shared. Hope u calmer now." Check it out below: 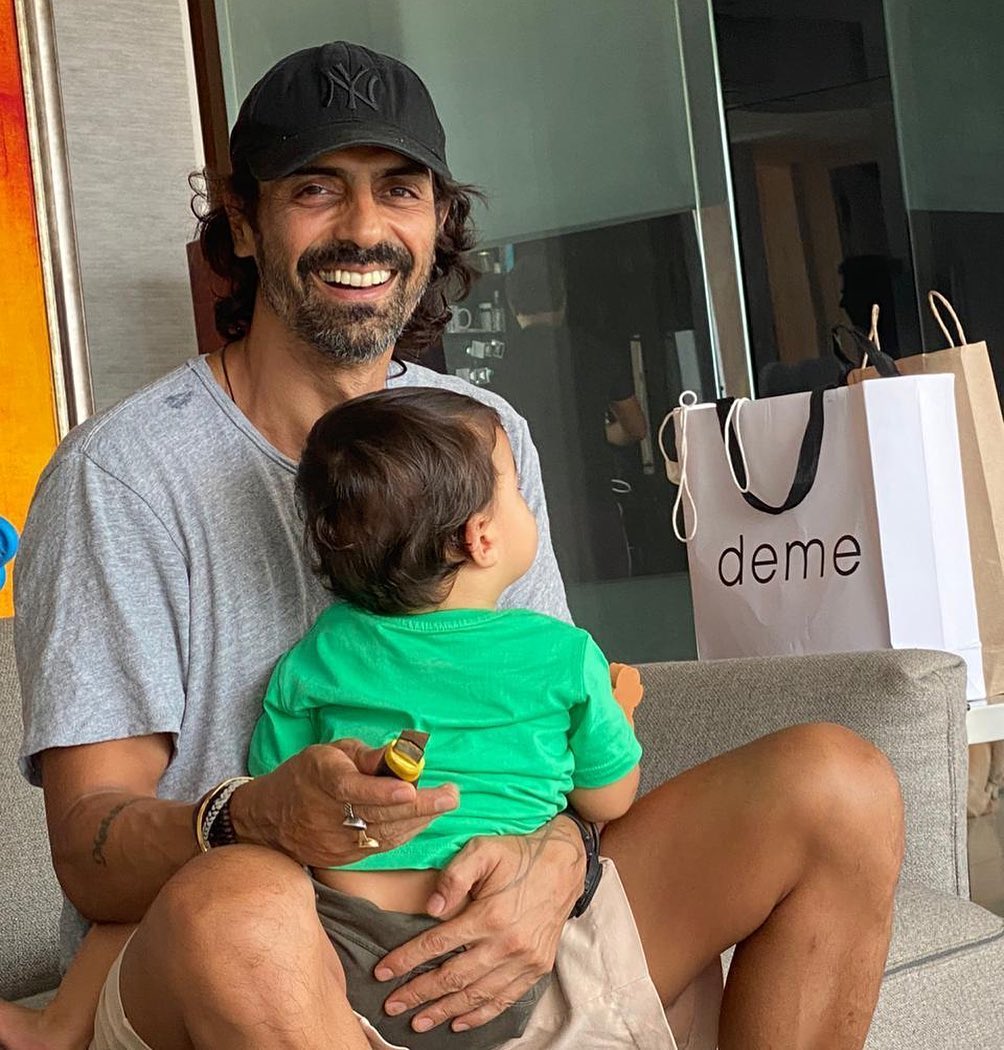 We remember how in an interview with Zoom, Arjun had shared that his son looks more like his girlfriend. He had said, "He's the cutest baby I have ever seen. Not taking away from my daughters but he is really really cute, and my daughters are in love with him. Whoever sees him falls in love with him. So, he is actually stealing too much of my spotlight. I'm a bit jealous of him. I would like to share a pic of him when he is one year old. Because he is very small right now and I am too private. Right now he looks more like his mom (Gabriella)." (Also Read: Sameera Reddy Pens Her Experience Of Breastfeeding Her Daughter, Nyra, Busts A Lot Of Myths) 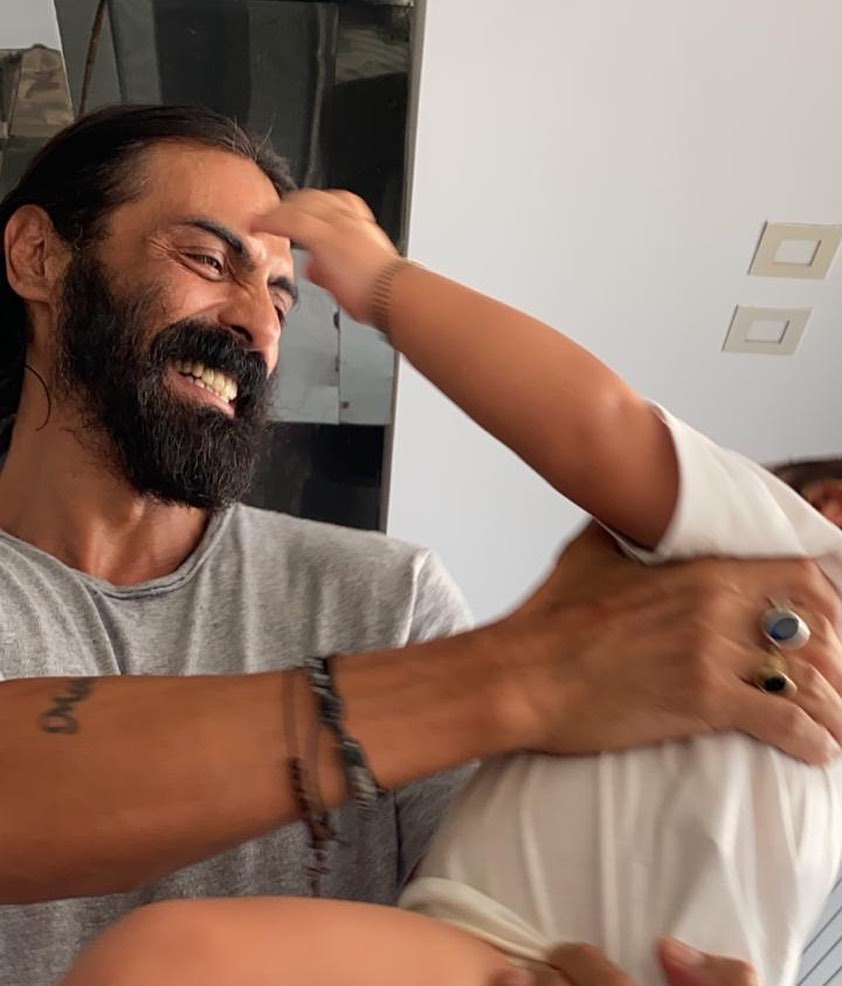 In an interview with the Mid-Day, Gabriella had talked about motherhood. She had shared how she was unsure of having a baby, and had said, "I was never one of those people who thought of having a baby. I am actually the youngest of my friends, and we would have conversations such as 'ok, is it time to have a baby yet?'. I would even look at people having babies, and think 'I don't know if I want to do this'. But it all happened very organically, and it may sound like a cliche now, but it's the best thing that's ever happened to me. I used to think I was in love (with Rampal), but then Arik happened (laughs)." (Don't Miss: Kareena Kapoor Had Admitted Being Jealous When Saif Ali Khan Talks To A Pretty Girl, Video Inside)

Well, Arjun gave a befitting reply to the troll!