Popular celebrity kid, Anshula Kapoor opened up about her struggle with sleeveless tops and shared the reason behind her insecurity. Check it out!

Famous producer, Boney Kapoor is one of the country's most respected and renowned film producers and is blessed with four children. The veteran producer had welcomed two kids, Arjun Kapoor and Anshula Kapoor, from his first wedding with Mona Shourie. Whereas his other two daughters, Janhvi Kapoor and Khushi Kapoor are from his second marriage with Sridevi. Out of his four kids, Arjun and Anshula are the ones, who often make it to the headlines, courtesy of their concrete bond with each other. The brother-sister duo is also classified as the most loved sibling duo in the film industry.

Despite having an age gap of five years between them, Arjun and Anshula have always been there like a rock for each other, more importantly after the demise of their mother, Mona Shourie, in March 2012. Whether it's about encouraging her in her life choices or giving it back to the trolls, who try to demean his sister, Arjun has always been there for his sister, Anshula, like a doting brother. 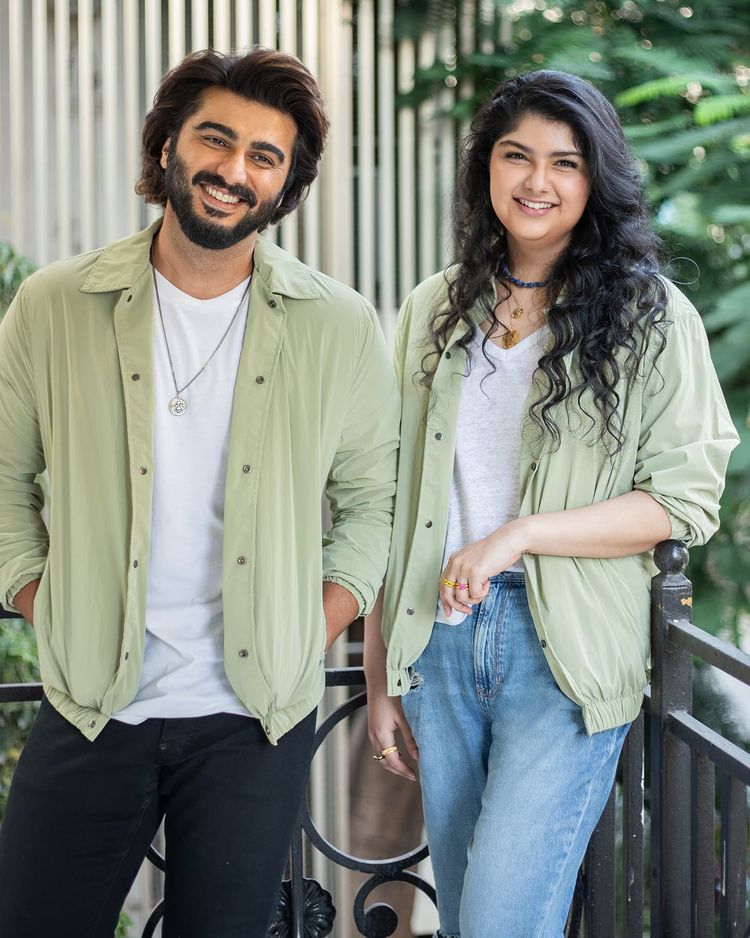 On June 23, 2022, Anshula Kapoor took to her Instagram handle and shared a video in which she can be seen donning a sleeveless black top, which she paired with a pair of pink jeggings. In the video, Anshula can be spotted having a fun time inside her gym and looked quite confident in front of the lens, as she flaunted her arms and looked incredibly confident in her body type. However, along with the video, Anshula penned a note in the caption in which she admitted that she had contemplated sharing the video on a social platform a thousand times. The celebrity kid admitted that she was extremely conscious and nervous about her arms and didn't use to wear sleeveless clothes even at home. Reflecting more on her insecurity and why she wasn't comfortable wearing sleeveless tops and dresses, Anshula penned an inspiring note, and it can be read as:

"Contemplated posting this video 65799 times, because my arms are one of my biggest insecurities. Wearing sleeveless anything (even at home) still makes me nervous/ uncomfortable! My squishy arms & stretch marks are natural human things… They make me, ME! So maybe it's time I wear whatever I want to wear, and just go with it? This is me having a moment.. Perfectly toned arms be damned - I'm not waiting for that!"

This isn't the first time when Anshula Kapoor's transformation has been in the headlines. For instance, on February 26, 2022, Anshula had dropped a picture of herself on her Instagram handle, and it had stunned her massive fanbase. The reason behind it was Anshula's drastic weight loss. In the viral picture, Anshula could be seen donning a green T-shirt and had paired it with a pair of grey joggers with F.R.I.E.N.D.S. printed atop it. Anshula had looked chiselled in her transformed self. Sharing the photo, Anshula had penned a short note in the caption, and it could be read as:

"Take your make up off, Let your hair down. Take a breath. Look into the mirror, at yourself. Don't you like you?" Earlier, Anshula Kapoor wasn't very active on social media, but in recent months, she has become an avid social media user. Now, we come across her stunning photos and cutesy videos every now and then, and it's indeed fun to witness. Something similar had happened on January 24, 2022, when she had shared a series of stunning pictures from one of her shoots. In the photos, Anshula had looked out of this world in a blue-hued lehenga from designer, Kresha Bajaj. Along with the pictures, she had penned a note in the caption, which could be read as:

"What you see here is basically @janhvikapoor directing me while I (somewhat) succeed in trying to keep my eyes open when I smile! The struggle was real (because I'm the human equivalent of this emoji), so we had to change tactics. Swipe right to see how we went from candid to planned it!" 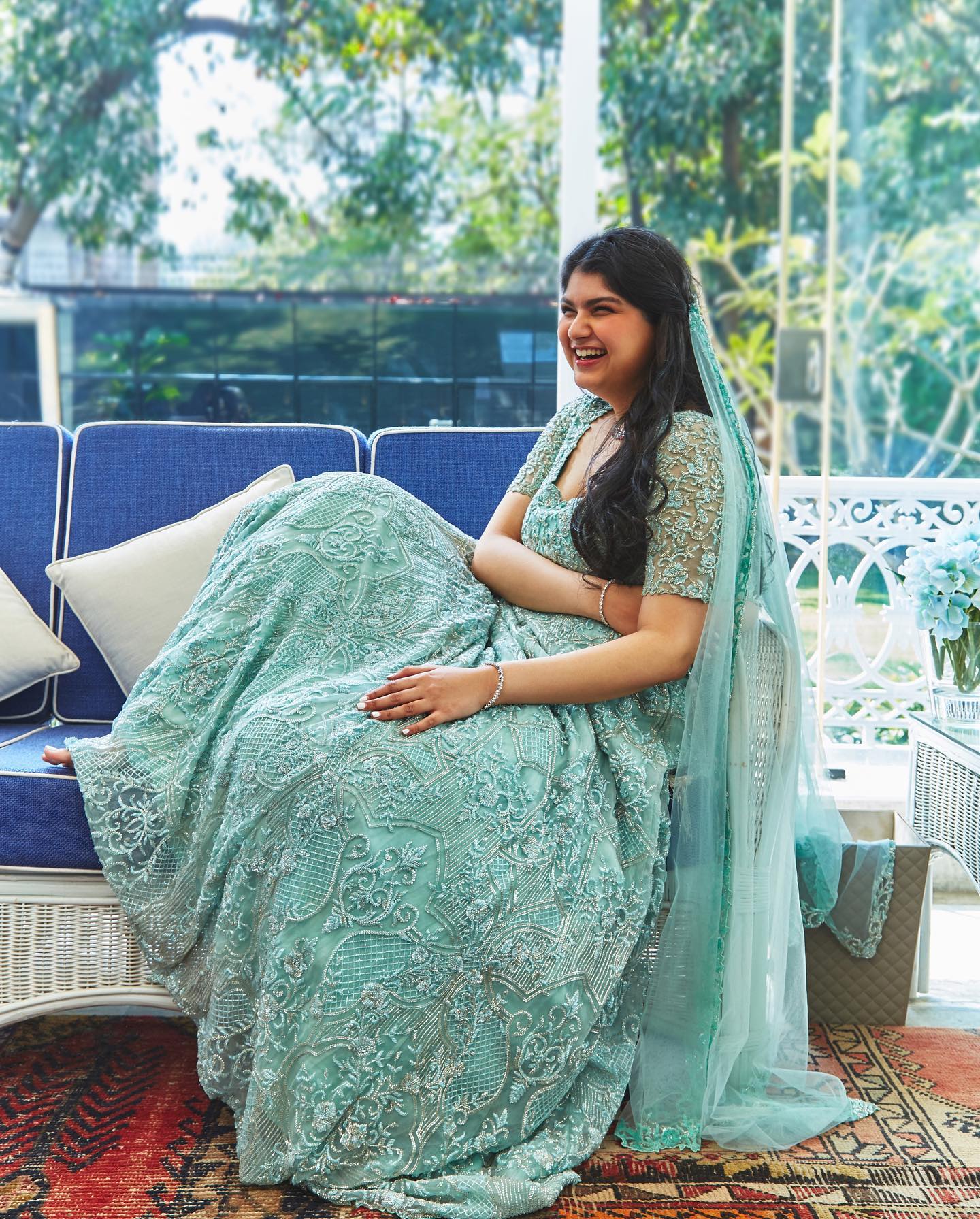 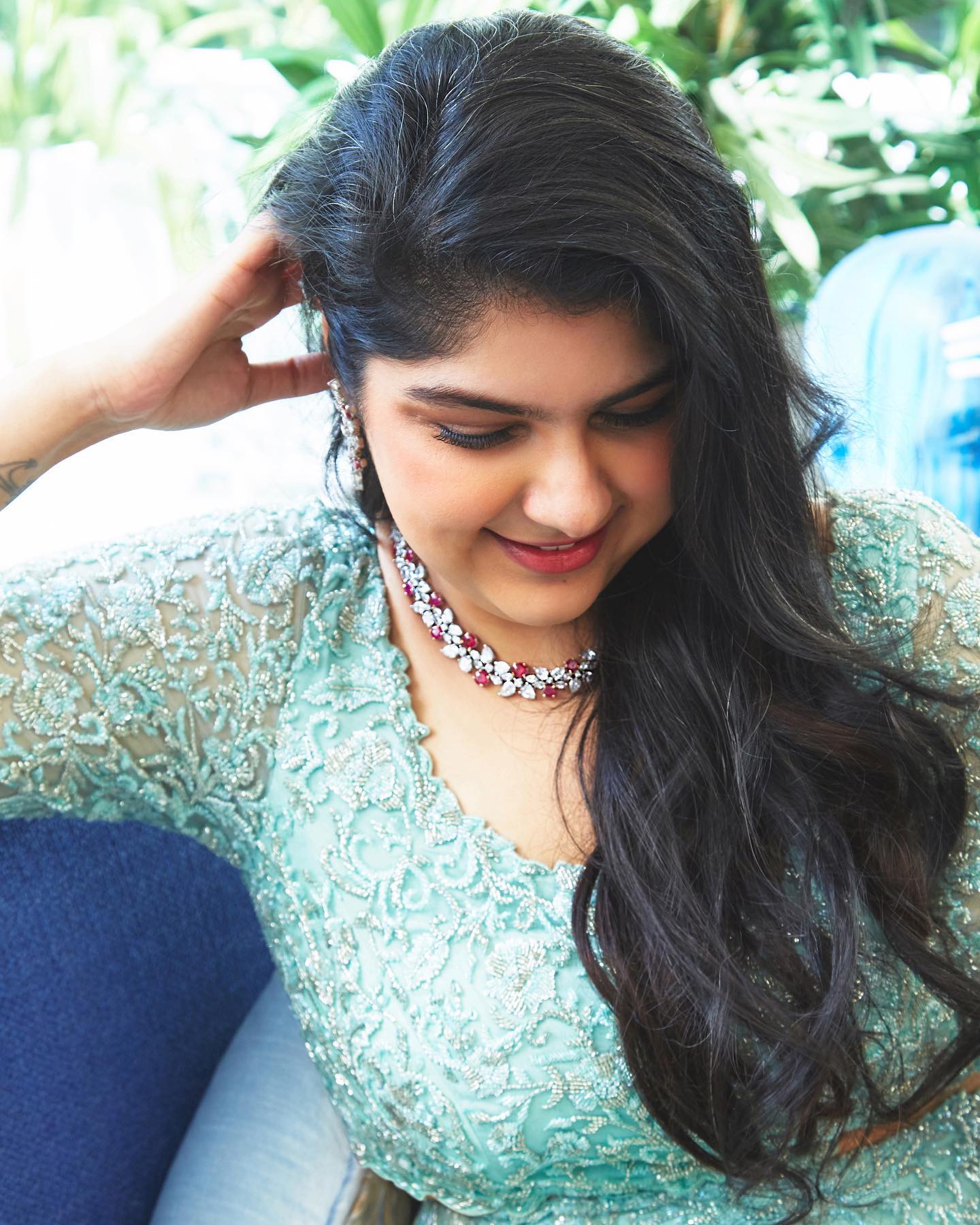 If the reports are to be believed, Anshula Kapoor would soon make her debut in the Hindi film industry. 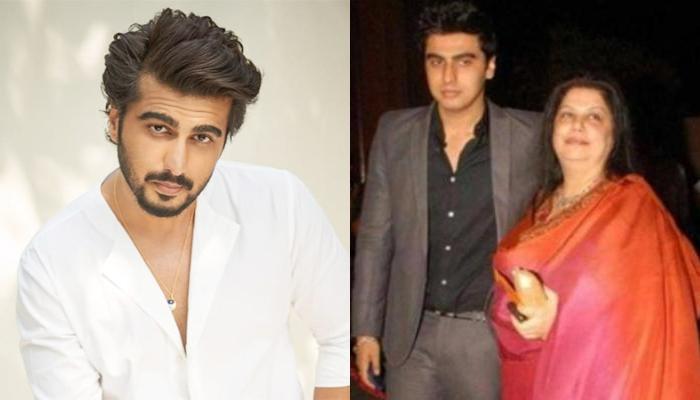 Bollywood actor, Arjun Kapoor is the son of renowned producer, Boney Kapoor and his late wife, Mona Shourie. He had made his debut with the film, Ishaqzaade in 2012, and ever since then, there was no looking back for the actor. Arjun loves and respect the women in his life