Amidst weddings of Deepika Padukone-Ranveer Singh and Priyanka Chopra-Nick Jonas, the one wedding the confirmation of which we have all been waiting for quite some time now is that of Arjun Kapoor and Malaika Arora Khan. From their public outings to PDAs, from wedding reports to their being spotted at various parties and events, Arjun and Malaika have surely become the ‘IT’ couple of tinsel town. (Also Read: Neha Dhupia, Angad Bedi And Their Baby Girl, Mehr Dhupia Bedi's First Family Picture Together)

Now, amidst such rumours of their dating and alleged 2019 wedding, there is a news we have for you. In the next episode of Koffee with Karan season 6, which will be aired on November 25, 2018, Arjun Kapoor will be seen with his half-sister, Janhvi Kapoor. And reportedly, on the show, Arjun confessed that he is dating Malaika Arora Khan. As per a Mumbai Mirror report, Arjun said, “No, I’m not single” on the show and this left Janvhi in shock. KJo then asked the Namaste England actor if he intends to introduce his new partner to his family, then Arjun said, “Clearly, it has just happened.” Later, Karan also asked if he is open to marriage, and Arjun replied, "Yes, now I am. Earlier, I wasn’t."

Arjun Kapoor And Malaika Arora Khan Attend Lakme Fashion Week Together, Are They Making It Official?

What? Really? Arjun Kapoor just confirmed that he is dating Malaika and we really can hope now that they would get married soon. Recently, Malaika opened up with the Hindustan Times about her relationship status and said, “I never answer personal questions. Not that I shy away from answering or whatever. I just don’t feel comfortable talking about my personal life. And whatever my life has been, everyone is aware of it. I don’t need to be talking about it. I am just enjoying my life - it’s beautiful and precious.” 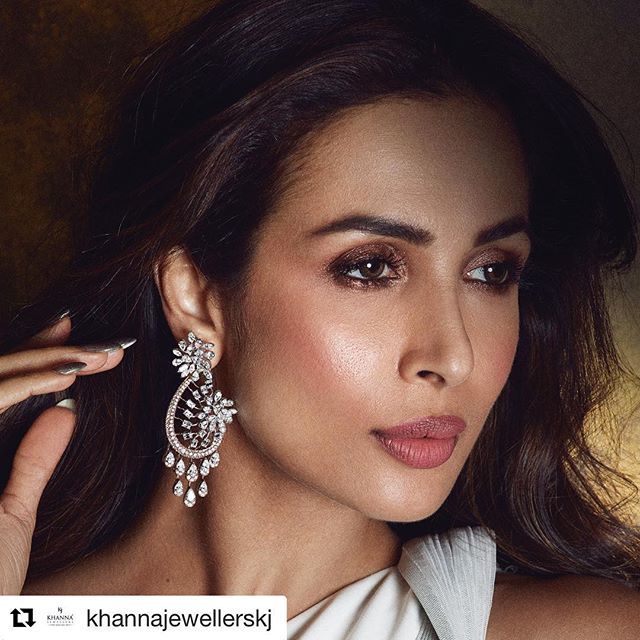 Considering that she is often spotted with Arjun at various places, clearly, the two have decided not to shy away from their PDA. In fact, along the same lines, a report claimed, “Malaika is no longer keen to hide her proximity to Arjun. When she was with Arbaaz, the Khan family, especially Salman, made their disapproval very clear. But now that she has broken away from Arbaaz, she sees no reason to be coy about her closeness to Arjun. Besides, Arbaaz is also seeing someone else now.”

Arjun Kapoor and Malaika Arora Khan’s wedding reports have also surfaced online and on the Page 3s. A Deccan Chronicle report recently suggested that the couple is going to take the wedding vows next year. The report could be read as, “Malaika and Arjun are extremely fond of each other. They have never really spoken about each other, but they are extremely happy in their own personal space. In a steady relationship now, Malaika and Arjun plan to take their relationship to next level and tie the knot next year.” (You May Like: Rahul Mahajan Gets Married For The Third Time, Says There's No Room For Arguments In This One)

On June 26, 2018, on his 33rd birthday, Arjun disclosed his plans of marriage and told a media tabloid, “Abhi chhokra jawaan hua hai (laughs). Right now, I am not in the frame of mind to even consider marriage. I am very happy seeing my near-and-dear ones after marriage. I think it will still take me two-three years [to think of marriage]. You need to be in the right frame of mind. Just because others are doing it, you can’t do the same. Both my cousins were clear that they wanted to settle down. They worked on their relationships long enough to feel that. So, it made complete sense to them [to get hitched].” Earlier, Malaika Arora Khan was married to Arbaaz Khan and they ended their 19 years of marriage in 2017. Talking about the same, Arbaaz recently was quoted as saying to media people, “People would love to make certain things with lot of adjustments and compromises or scenarios and make it look like it is perfect in anything whether it is your career, whether it is your relationship whether it is your marriage, we want to believe that we can make it. But, I don't know if you ask even the ones who are living that life wouldn't they want something better or could've expected more, maybe yes. Human beings would still want (more) and you also have people who say I couldn't have asked for a better woman or a better wife, I am so happy. Yes, those scenarios also exist.” (Suggested Read: Priyanka Chopra And Nick Jonas Will Host Two Wedding Receptions After Tying The Nuptial Knot)

Arjun Kapoor and Malaika Arora Khan should come out in the open and go on-record about their relationship status. What say, guys?

Arjun Kapoor And Malaika Arora Khan Attend Lakme Fashion Week Together, Are They Making It Official?