Married For 13 Years And No Kids, Apurva And Shilpa's Love Story Gives Us Serious Relationship Goals

Married For 13 Years And No Kids, Apurva And Shilpa's Love Story Gives Us Serious Relationship Goals 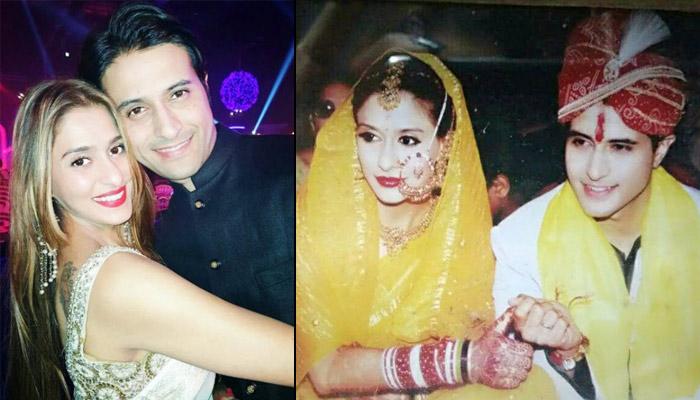 Apurva Agnihotri and Shilpa Saklani are two names of the television industry who everyone is familiar with. They became household names following the success of their hugely popular TV shows. These two are considered as one of the power couples of the industry. This amazing couple has utmost love and respect towards each other.

Read all about their heart-warming love story, that will give you intense relationship goals.

Apurva Agnihotri, who started his Bollywood journey with Yash Raj productions', Pardes, shot to fame overnight. Shilpa developed a cute little crush on this pardesi boy. Even though they both were working in the same industry, they first met through a common friend. It was Rakshanda Khan who introduced these two to each other. They first met at a coffee shop. Shilpa found Apurva quite attractive in real life too.

I had a huge crush on Apurva since the time I first saw him in Pardes. I thought he was hot, even when I first saw him at a coffee shop. Our mutual friend Rakshanda played Cupid for us.

Both of them are extremely romantic and fondly refer to each other as 'Bo' and 'Bobo'. In fact, it was Apurva's romantic nature that made Shilpa fall in love with him. According to them, it is the small things that matter. Be it taking care of an unwell partner, or gifting them something that they love.

Must Read: 12 Romantic Things Happy Couples Do Together That Have Nothing To Do With Sex

Apurva and Shilpa decided to take their relationship to another level just after six months of their courtship. When you find 'the one', you simply know. They exchanged rings, which were a solitaire for Shilpa, and a diamond-embedded platinum band for Apurva. The wedding date was set to be June 24, 2004, and it took place in Dehradun as Shilpa's grandmothers could not come to Mumbai.

All the friends and relatives of the duo flew to Dehradun to witness a traditional Garhwali wedding ceremony. Shilpa wore a heavily embellished red lehenga, while Apurva opted for a designer formal suit. It was a "rocking wedding" where everything went superbly well.

The couple has been married for more than 10 years now, so it is apparent that they have a fair share of cherished memories along with the likes and dislikes of each other.  If you ask them what they like about each other, and what are the things that they would like to change in the other, the much-in-love couple had to say these things:

Shilpa is a great human being and loves to spread love around her. But not everyone is as pure a person as she is, so I feel that she needs to analyse people to an extent before going all out to be good to them.- Apurva

Apurva is a really nice guy who has nothing negative to say about anyone. He is the world’s best husband and I feel like the luckiest girl in the world to have him. What I’d like to change about him though, is his temper. He can be hot-headed at times.- Shilpa

About their most memorable moments, the couple has quite interesting answers to it

It was during our honeymoon in Canada. We’re both very adventurous, so we tried our hand at bungee jumping, and sky diving etc. When it was my turn for bungee, right before I took the leap, Shilpa was dead scared. She turned to me and said, ‘No matter what, I will always love you’. That was a very special moment for me and I’ll never forget it.

And, the proud wife said:

The most memorable day of my life is June 24, 2004, it is the day I got married to Apurva. I was the happiest bride.

The couple, after doing Jassi Jaissi Koi Nahi, as Armaan and Vidhi, participated in a dance-based reality show, Nach Baliye season 1. The couple had tremendous chemistry, and moved the audience to secure sixth position. Although, Shilpa lost a tooth while rehearsing for an act, the couple's performances were overall appreciated.

Also Read: 5 Most Adorable Nach Baliye Jodis Who Got Hitched After The Show

Apurva and Shilpa next participated in Pati, Patni Aur Woh. It was a reality show where couples were given a house and then introduced with children of different ages. It was after this show that the couple showed their desire to become parents. A very excited Apurva said:

God willing, as soon as possible. I am sure Shilpa and I will have a baby by next year, and I will send you the pictures too. We need the child to complete our special circle of joy! And we are ready to become parents! God will not keep us away from the blessing for long."

Despite that fact they said this in 2009, they haven't had a kid. They tried their best, but they were not able to have a baby. Here are The Bollywood Celebs Who Did Not Have Kids After Marriage

Finally, these two participated in Bigg Boss season 7. Although it was a topsy-turvy ride for most of the participants, Apurva and Shilpa stood strong. In the Bigg Boss house, most of the couples end up having arguments, but these two had each other's back. When Apurva had to shave off his hair, Shilpa could not take it. And, after Shilpa's elimination, Apurva presented his desire to leave. His emotions could be felt through his words:

I became extremely homesick after Shilpa left the house. I’m a henpecked husband. I rely on my wife for everything. She decides what I should wear, what I should eat... sab kuch! I started missing her positive energy around me.

Recommended Read: 12 Things About Relationships That Are Ridiculously Overrated

So, we guess that Shilpa was right when she asserted that she is the one thing that her husband cannot live without. This cute couple, that loves to cuddle with their pet dog, Hollywood Agnihotri, is the ideal couple for many. We wish this adorable couple all the very best for their future.