While Ayushmann Khurrana had posted an IG story with Tahira Kashyap, enjoying their tea at a market in Kasauli, Aparshakti Khurana now posted glimpses of his quality time with Aakriti and Virajveer.

In 2004, Ayushmann Khurrana had not only won the second season of MTV Roadies, but our hearts too! Eight years later, he stepped into Bollywood and redefined ‘hero’ with his fearless picks of scripts. Following his footsteps, Aparshakti Khurana came to Mumbai to pursue his dreams of becoming an actor and over the years, managed to steal the hearts of the audience by nailing his supporting actor roles with finesse. Aparshakti may have stepped into the industry as Ayushmann’s younger brother, but he has carved a niche for himself as an actor and proved that he’s not just ‘other Khurana brother’! (Also Read: Ayushmann Khurrana And Tahira Kashyap Pose In Ethnic Outfits, Exude 'Mere Liye Tum Kafi Ho' Vibes)

Did you know when Aparshakti Khurana had moved to Mumbai for the first time to pursue his big Bollywood dreams, Ayushmann Khurrana had asked him to go back? Aparshakti had once said in an interview with MensXP that Ayushmann had told him he’s not ready and it was the best advice anyone could have given him at that time. Revealing the one-line that Ayushmann had told Aparshakti when he had asked him to go back, the junior Khurana said, "One thing I shall always remember, is a line Bhaiya told me about Mumbai. When he told me to go back and prepare better, he ended the conversation with a line: 'Yeh shehar khud bulaata hai’." Aparshakti is thankful that Ayushmann never used his A-lister status to create a platform for his own brother. 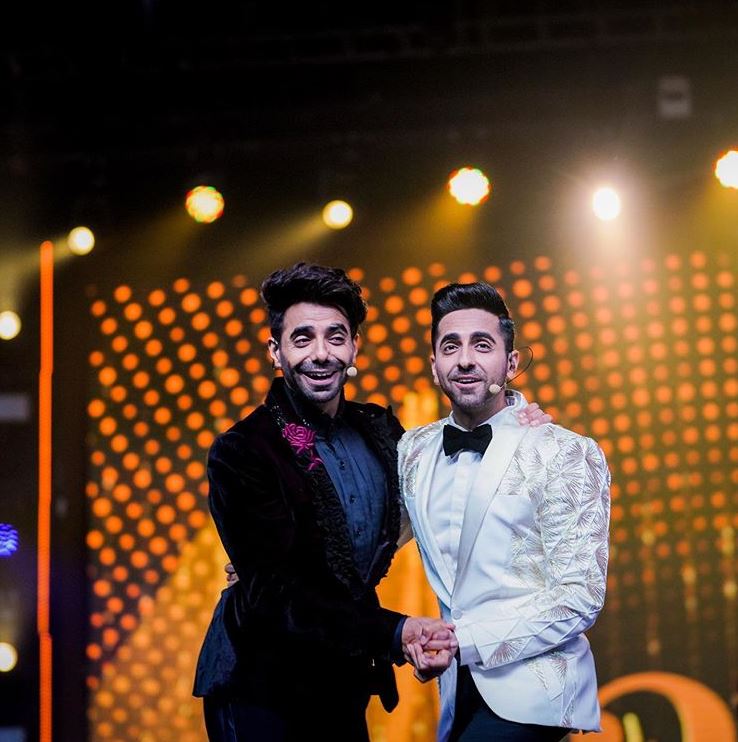 Ayushmann Khurrana and Aparshakti Khurana along with Tahira Kashyap Khurrana, Aakriti Ahuja, Virajveer Khurrana and Varushka Khurrana had moved to Chandigarh during the lockdown. Now it looks like the Khurrana clan has headed to Kasauli, Himachal Pradesh for a mini-vacation. While Ayushmann had posted an IG story with Tahira a few days back, enjoying the weather and tea at a market in Kasauli, Aparshakti now posted glimpses of his fun-filled time with Aakriti and his nephew, Virajveer. Aparshakti posted a selfie with Aakriti and Virajveer, and captioned it as “My absolute favourites #Virajveer #Kuckoo.” He also posted one on his IG stories. 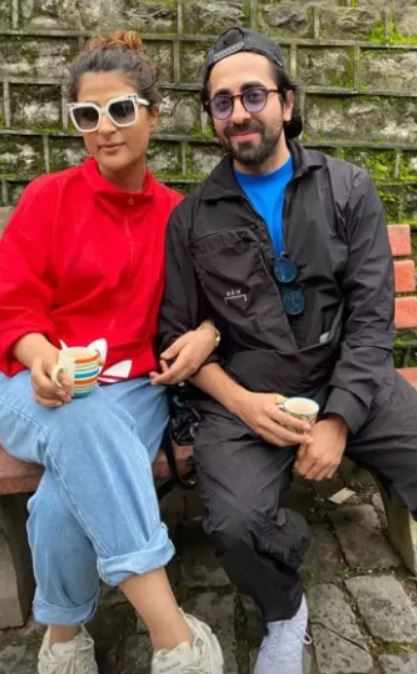 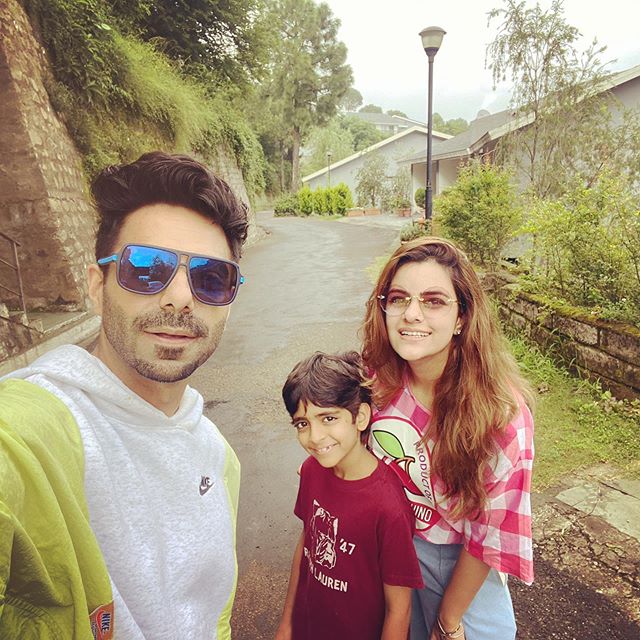 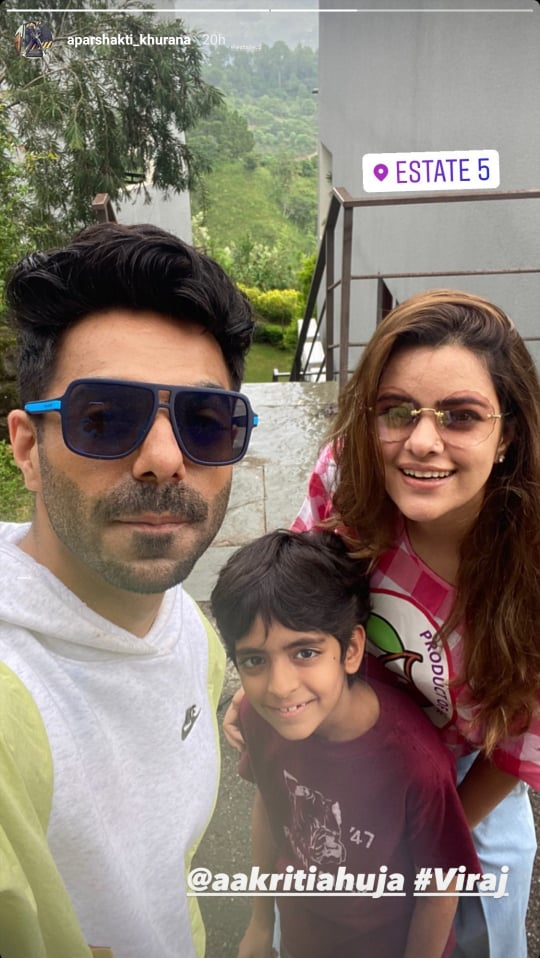 Just how multi-talented Ayushmann Khurrana and Aparshakti Khurana are, Virajveer Khurrana is too proving to be a multi-talented kid. Be it painting, sketching or a strumming guitar, Virajveer has amazed us with his talents. A few months back, Tahira Kashyap Khurrana had given her fans a glimpse of her son, Virajveer strumming the guitar while sitting in the corner of their Mumbai house. Tahira had captioned the pictures as ““Time you enjoy wasting, was not wasted.” -John Lennon.” The proud daddy, Ayushmann had posted the same picture as his IG story and had written, "Apni dhun mein rehta hai. Tu bhi mere jaisa hai” atop it. Virajveer engrossed in playing his guitar had reminded us of Ayushmann, when he had swooned us with his song, Pani Da Rang. (Also Read: Ayushmann Khurrana And Tahira Kashyap's 4,000 Square Feet Luxurious And Stylish Home) 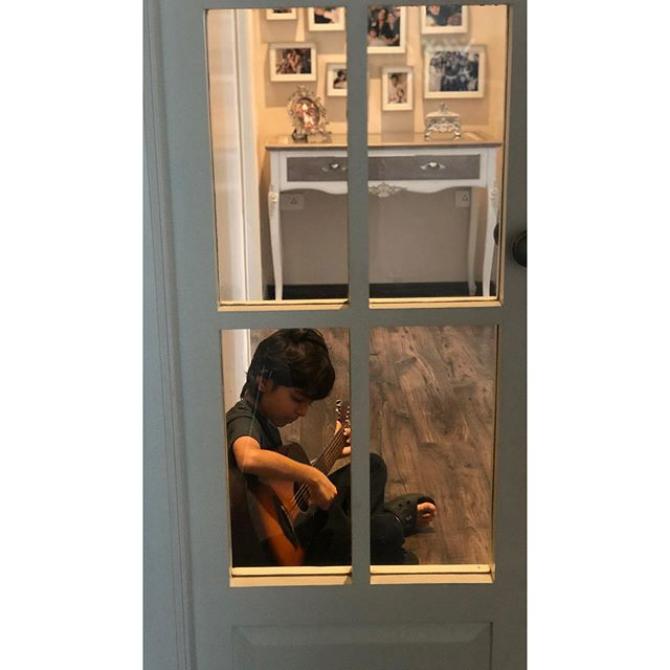 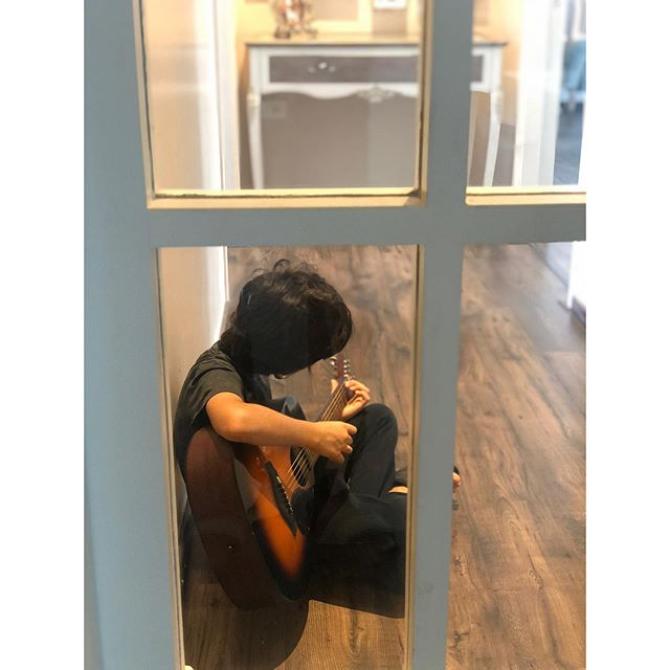 Coming back to Aparshakti Khurana’s interview, he had also recalled how his brother, Ayushmann Khurrana had given him a no-nonsense piece of advice which that ultimately proved to be life-changing for him. While most of the aspiring actors are advised to work on their appearance and fashion sense before entering Bollywood, here’s what Ayushmann told his brother, "He told me to actively pursue acting in the theater for 4-5 years. He told me acting is an art and a craft, and requires training and practice, just like any other art form. Thank God he was wise enough to give me the advice, and I took it seriously." 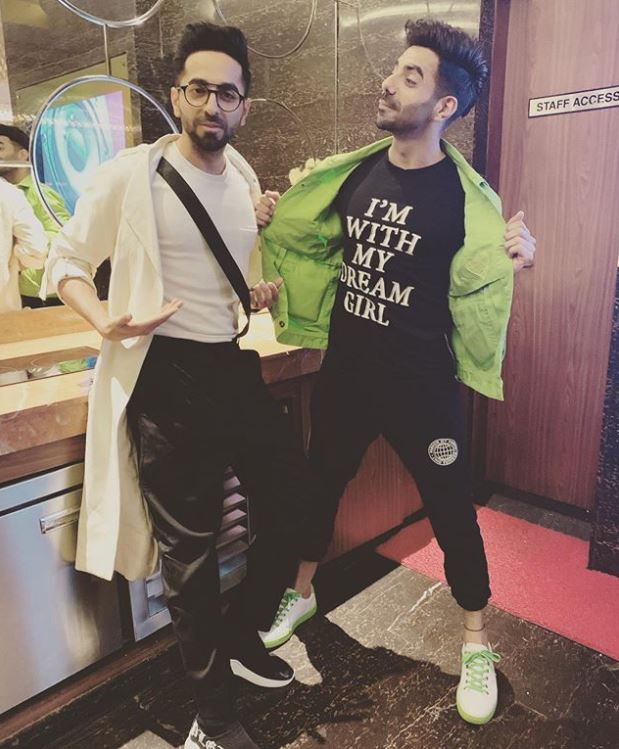 Bachpan ki yaadein hits us hard with nostalgia and make us believe that those were the best days of our lives. There were so many games that we used to play with our siblings and friends. Ayushmann Khurrana and Aparshakti Khurana too, had a childhood game which they used to play back then. During their stay in Chandigarh, the Khurrana brothers reminisced those days by playing Aao Milo, Shilo Shaalo but with their improved version. Aparshakti had captioned the video as “If Aao Milo Shilo Shaalo was one of the categories of Olympic Games... Innn 2 ladkon ka medal pakka tha. PS- some people call it Aao Milo Shilo Shaalo in bachpan but we always called it Aam Lelo Selam Saali. @ayushmannk.” (Also Read: Ayushmann Khurrana Reveals Whom He Can't Live Without, And It's Not His Wife Tahira, Parents Or Kids)

Stay safe guys if you too are planning to take a vacation with your friends or family!