He may be often referred to as a younger brother of Ayushmann Khurrana, but with three super-hit movies in his kitty, Aparshakti Khurana has proved that he is here to stay in the industry. The Stree fame, Aparshakti has managed to make his place in B-town and has won hearts of millions with his superb comic timings and powerful performance. With that innocent smile in Dangal as Omkar, Aparshakti made us want more of him! (Also Read: 15 Bollywood And Television Celebrities Who Are A Lookalike Of Their Sibling)

Aparshakti is on cloud nine these days professionally, with the fairly good reviews of his latest film, Stree. But not many of us know about the personal life of Aparshakti Khurana. Well, the actor is beaming with joy and love in his personal life too, because he is a happily married man! Yes, you read that right. The Badrinath Ki Dulhania actor took his wedding vows with his long-time girlfriend, Aakriti Ahuja and finally made her his dulhaniya four years ago. 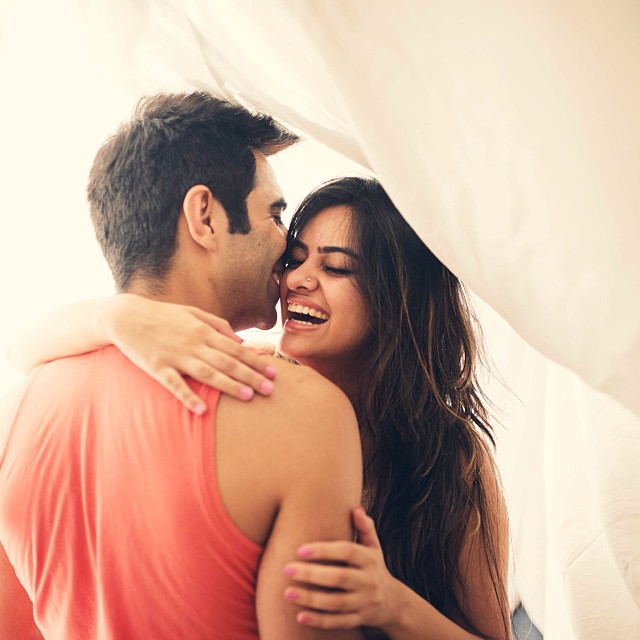 The Luka Chuppi actor, Aparshakti Khurana shared a ‘straight out of heaven’ picture from their wedding on his Instagram handle, and captioned it, “Thank you so much Kuckoo for saying YES to MY IDEA of getting married. Never felt sooo loved and special. Thank you so much for giving me amazing memories. Let’s make more such memories in years to come #Kuckoo #YouBringOutTheBestInMe #HappyFourYearsToUs @aakritiahuja @vineetmodi @studio63in”. 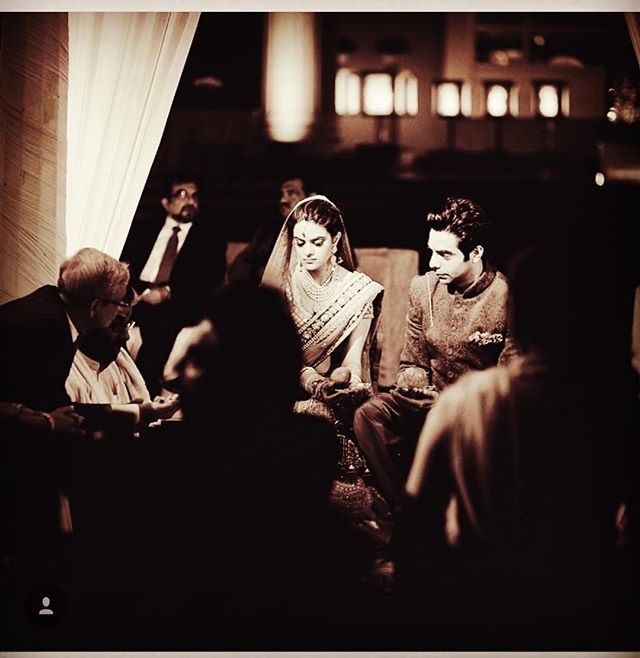 Dulhaniya Aakriti posted a picture with Aparshakti, where the lovebirds can be seen sitting on a carousel ride and sharing their ‘kiss of love’ moment. Aakriti captioned it, “My partner, parent, sibling, best friend. My everything and more thanks for making the last four years the best of my life! #thisdayfouryearsagomylifechanged @ombrebyhj”. Aakriti shared another picture of ‘This Day Four Years Ago’ and captioned it with the same hashtag. Check out both the pictures below: 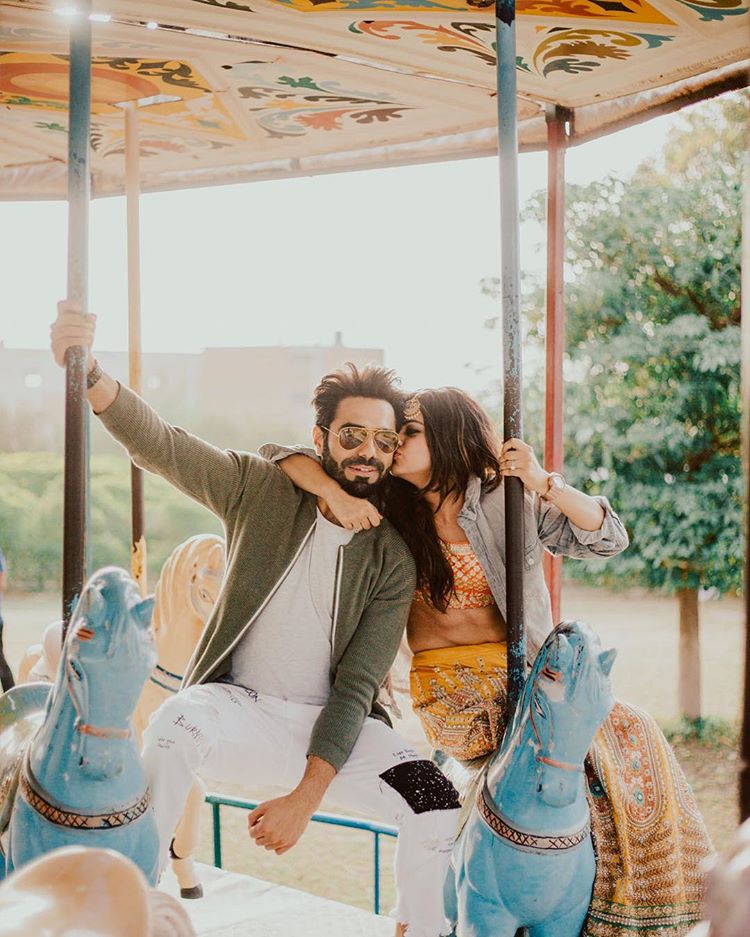 Are you still wondering, who is Aparshakti Khurana’s wife, Aakriti Ahuja? Don’t worry, we didn’t forget to give you this piece of information. Well, Aakriti is a budding entrepreneur and she is the founder of the company, La Feria Events. And she is also pursuing her MBA course from Indian School of Business (ISB), Hyderabad. On September 7, 2018, Aakriti decided on forever with her soulmate, Aparshakti and they had a big fat Punjabi wedding in Chandigarh. (Also Read: Kartik Aaryan Of 'Sonu Ke Titu Ki Sweety' Fame Was Once Dating One Of These 'Dangal' Actresses) Aparshakti’s brother, Ayushmann Khurrana and his sister-in-law, Tahira Kashyap performed the bhaiya-bhabhi duties and were involved in all the wedding preparations. Speaking about the wedding, Aparshakti stated to a media portal, “Yes, I am married. It happened on 7th September in Chandigarh and I am feeling so awesome and blessed. Life could not have had better in store for me. Aakriti is adorable and my entire family loves her.” Sharing how they met, Aparshakti was quoted as saying in a throwback interview, “We met at the Shiamak Davar dance classes, and though I knew her from the past 7 years, we have been dating for just about a year.” The bride, Aakriti wore a Sabyasachi lehenga for the wedding, while Aparshakti opted for a Shantanu and Nikhil sherwani. Talking about his bhaiya and bhabhi, Aparshakti shared, “Ayush bhaiya and Tahira Bhabhi performed on the title track of Luv Shuv Tey Chicken Khurana. Papa and mumma danced to Aaj Kal Tere Mere Pyaar Ke and my friends danced to Veere Di Wedding (The Entertainment). It was a wedding staright out of a Yash Chopra film.” 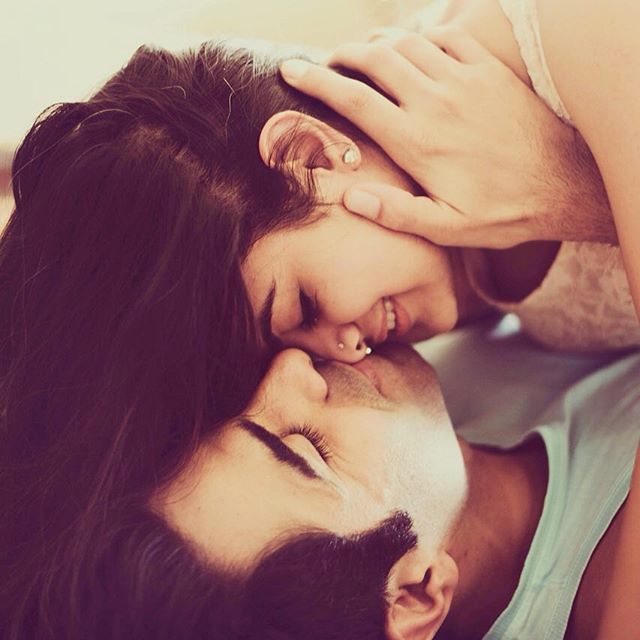 Earlier this year, Aparshakti was seen hanging out with his Dangal co-star, Fatima Sana Shaikh which fired up several dating rumours. However, the 25-year-old actor cleared the speculations in an interview with Zoom, and said, "Me and my wife Akriti (Khurana), Sanya (Malhotra) and Fatima all four of us are a gang. We all hang out together." He further added, "It's just that my wife is off to ISB, she is doing her MBA right now and Sanya was off for Pataakha's shoot and just by chance after finishing my three films I was in Bombay and she (Fatima) was in Bombay shooting for Thugs of Hindostan and Sanya and my wife were not around that's it and then we went for coffee, that's about it." (Also Read: Ayushmann Khurrana And Tahira Kashyap's Love Story: Met At A Tution Centre To Family Playing Cupid) 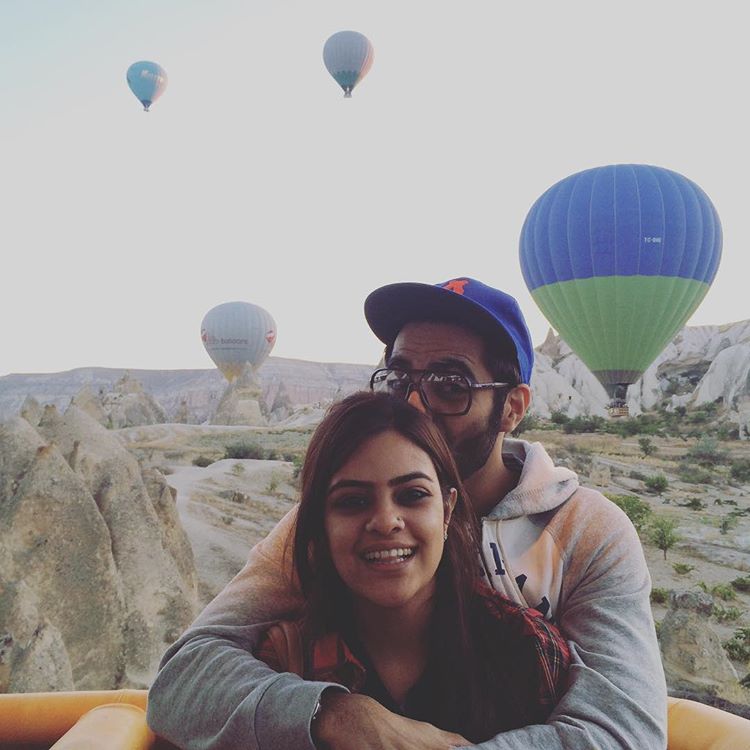 Congratulations Aparshakti and Aakriti on completing four years of marriage! We wish you many more years of love and happiness.