Anushka Sharma and Virat Kohli are expecting their first child in the year 2020 and the couple is also ready to shift into their new house. Check out their pictures from the new house!

When a couple gets to know about their pregnancy, their happiness knows no bounds. They are ready to do everything for their child’s well-being and can breakthrough any rock to build a happy home for the little one. With conceiving the baby comes various responsibilities on the parents-to-be, and amongst them, the most important one is to make a happy abode for the child. Every couple starts making space in their lives and room for their little one. From the curtains to wall paint, crib colour to cupboard artwork, everything is taken care of. While we simply plan to alter our rooms a bit, our favourite celebrities straight out build a new home. First, it was Kareena Kapoor Khan and Saif Ali Khan, who are expected to shift to a new house after the birth of their second child, now it is Anushka Sharma and Virat Kohli. (Also Read: Inside Pictures Of Ranbir Kapoor, Alia Bhatt And Their Families' Forest Life Trip To Ranthambore)

It’s been three years to Anushka and Virat’s together forever. The two had ‘promised each other to be bound in love forever’ on December 11, 2017, after all the speculations. The couple is ready to take their relationship to the next level and step into the best phase of marriage, i.e., parenthood. Announcing the news of Anushka’s pregnancy, the couple had shared the first picture of parents-to-be where the actress had flaunted her cute baby bump. Revealing that junior Sharma-Kohli will arrive in 2021, Anushka and Virat had captioned it as “And then, we were three! Arriving Jan 2021.” As January is not far away, and we can expect a baby anytime soon, Anushka and Virat were spotted inside their new apartment. 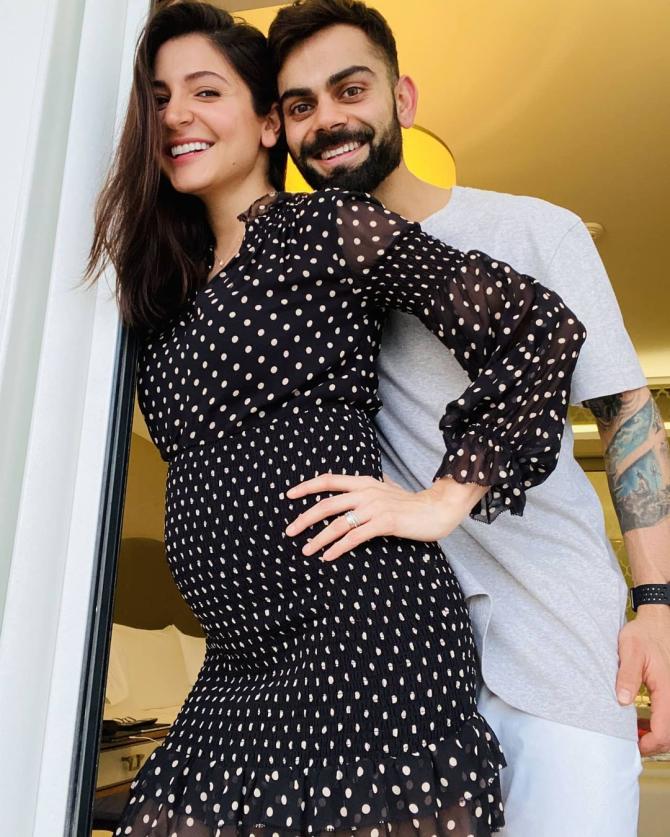 The paparazzi have made it easy for the celebrities’ fans to have easy access into their lives. We are constantly updated about our celebrities’ airport spotting to gym spotting. Not just that, we are also updated when our favourite pregger celebrities visit their clinics for a routine checkup. However, most of all, we love it when we get inside glimpses of their house. Anushka Sharma and Virat Kohli are not only ready to become parents anytime soon but also are ready to step into their new home. The couple recently visited their new apartment in Juhu and the paps captured them. Anushka was spotted standing outside the clear glass, window wall, looking inside the apartment and we cannot wait to get more glimpses of it. Take a look:

Well, we are sure that the house will be having an animal-themed nursery as recently in an interview, the mommy-to-be, Anushka spoke about the same. For an interview with the Vogue, Anushka had opened up about directing a lot of her energy in preparing the animal-themed nursery and setting up the home for the baby. Anushka had said, “I just want to be prepared. Everything is slower because of the times we are living in and I don’t like to rush things. This time in my life, even more so. I want the nursery to be very calm. It’s the place where you spend the most amount of time, where you are bonding with your baby, so it has to be peaceful.” (Recommended Read: Neha Kakkar's Husband, Rohanpreet Singh Makes Her Cry On The National Television For This Reason) 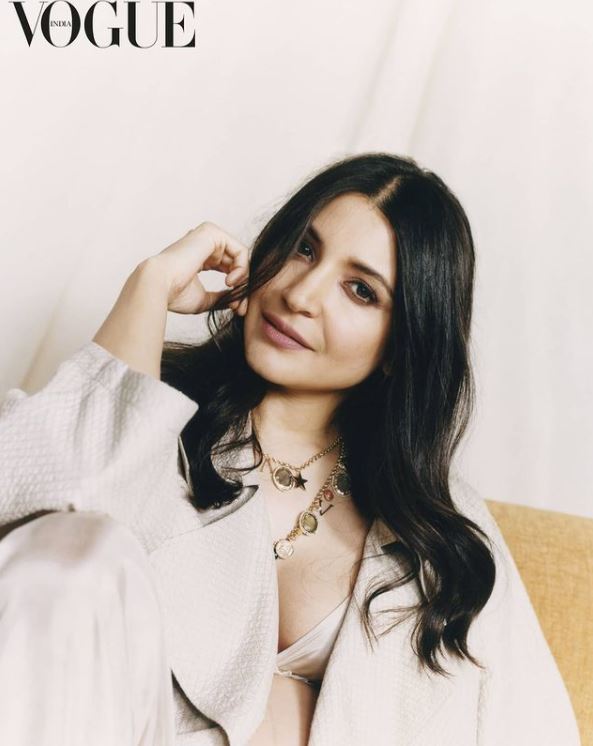 Anushka had also talked about the theme of the nursery, which reflects important phases of her and Virat Kohli’s world. Anushka had said, “I don’t believe that boys have to wear blue and girls pink. The nursery has all colours. Both Virat and I love animals and we want our baby to have that bond too. They are a big part of our lives and we really believe they can teach kindness and compassion to children.” (Don't Miss: Riddhima Kapoor Sahni Remembers Her Late Father, Rishi Kapoor On The Last Day Of The Year 2020) We cannot wait to get more glimpses of Anushka and Virat’s new abode!