The daddy-to-be, Virat Kohli is playing IPL 2020, and mom-to-be, Anushka Sharma is often spotted cheering for him from the stands. Anushka was again spotted in the stands flaunting her baby bump.

Anushka and Virat had ‘promised each other to be bound in love forever’ on December 11, 2017, after all the speculations. The couple is all set to take their relationship to the next level and step into the best phase of marriage, i.e., parenthood. Announcing the news of Anushka’s pregnancy, the couple had shared the first picture of parents-to-be where the actress had flaunted her cute baby bump. Revealing that junior Sharma-Kohli will arrive in 2021, Anushka and Virat had captioned it as “And then, we were three! Arriving Jan 2021.” (Also Read: Kareena Kapoor Flaunts Her Five-Months Baby Bump In A Denim Shirt, Gives Vibes Of A Protective Mom)

Anushka Sharma and Virat Kohli had made our 2020 happy with the announcement of expecting a new life. Since then, we wait to get glimpses of Anushka Sharma's baby bump and her pregnancy glow. As the daddy-to-be, Virat Kohli has resumed his work as he is currently stationed in Dubai playing IPL 2020, mommy-to-be is often spotted cheering for her hubby from the stands. In no time the pictures of happy mommy-to-be go viral over the internet, owing to her baby bump and pregnancy glow.

As it was hubby, Virat Kohli’s team, RCB’s match with CSK on October 25, 2020, and darling wife, Anushka Sharma, like always, visited the stadium to cheer for him. Anushka looked like a cherry on the cake as she dazzled in a cherry red A-line dress, which she accessorised with golden hoops and a watch. Letting her hair down, the flowy dress covered her baby bump, yet her fan pages found out pictures where she can be seen flaunting her baby bump. As she clapped and cheered for her hubby, Virat, her engagement ring was unmissable. 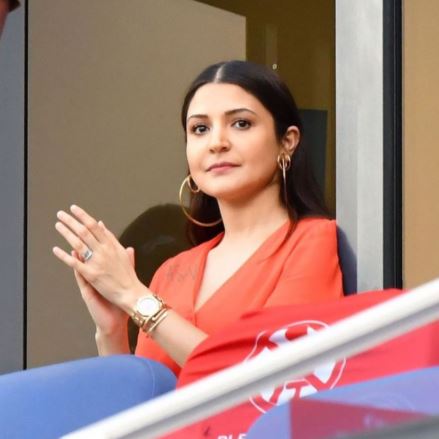 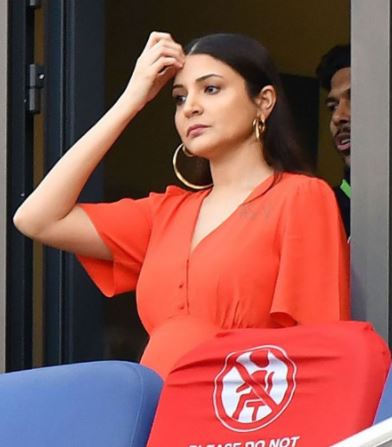 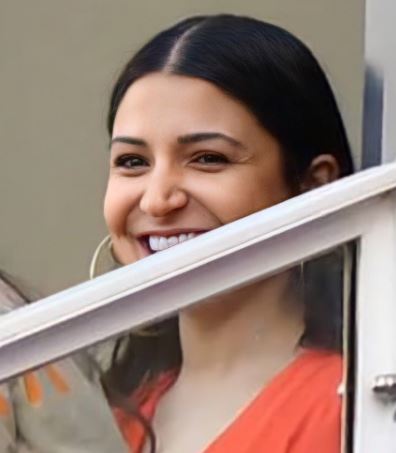 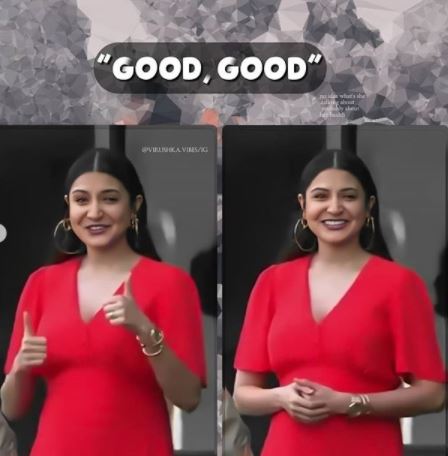 Like any other expecting women, Anushka too has food cravings and how can someone not miss halwa puri on the occasion of kanya pujan, especially when they are pregnant! Anushka, who is in Dubai currently had missed halwa puri dearly on the occasion of Navami. On October 24, 2020, mommy-to-be, Anushka Sharma had posted a picture of the Navrati special halwa puri and had revealed how sorely she was missing this traditional delicacy. Posting a picture of the 'prasad' on her IG stories, Anushka had written, "Missing this today and how" atop it. As we said, Anushka has been a constant in the stands when her hubby, Virat Kohli is on the fields, playing for his team. On October 10, 2020, we had spotted the gorgeous mommy-to-be, Anushka cheering for her darling hubby, Virat during the Royal Challengers Bangalore vs Chennai Super Kings IPL 2020 match. When Virat had scored an unbeaten 90 in the match, Anushka had shown off her proud wifey smile and had showered flying kisses on her hubby. (Recommended Read: Kajal Aggarwal Radiates Pre-Wedding Happiness As She Poses With Her Hubby-To-Be, Gautam Kitchlu) On October 19, 2020, Anushka had taken to her IG handle and had shared mesmerising sun-kissed pictures flaunting her baby bump. She was seen in a beige-brown jumper and white t-shirt. It had seemed that her happiness had known no bounds as she had posed smiling, looking towards the sunlight. Anushka had captioned the adorable pictures as "Pocketful of sunshine."

Earlier, in an interview to RCB Bold Diaries, on the YouTube channel of RCB, Virat Kohli had revealed his and Anushka Sharma's reaction when they had found out about her pregnancy. He had also talked about his emotions about becoming a father soon. Virat had expressed, "It is an incredible feeling. It puts things into perspective for you. It is a beautiful feeling. It isn't easy to describe how you feel, but when we found it, we were over the moon. When we announced, the kind of love that was showered on us, it was amazing. People were genuinely so emotional and happy for us. We are looking forward to the third member joining the clan." (Also Read: Rana Daggubati And Miheeka Bajaj Celebrate Their First 'Dusshera' Together Post-Wedding [Pictures]) 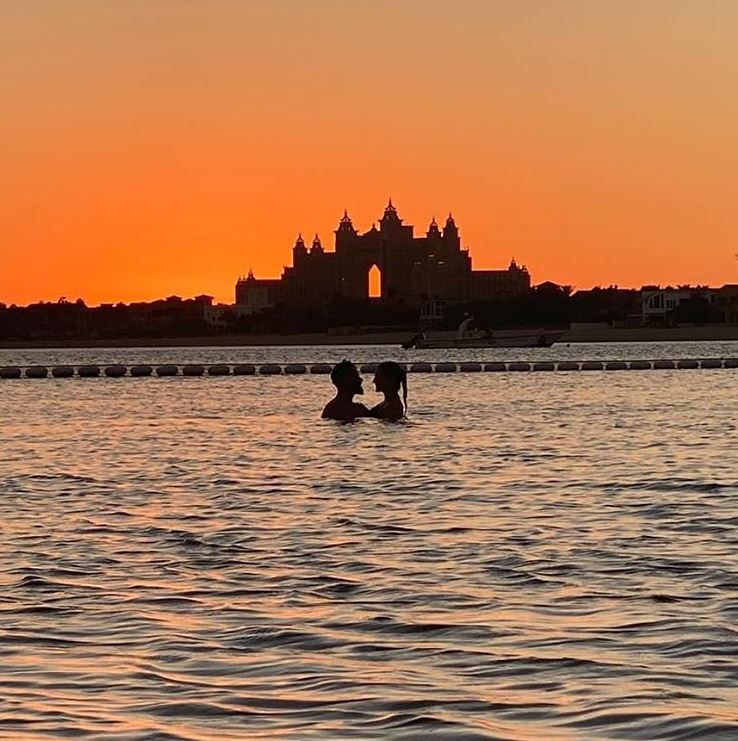 We cannot wait for Virat and Anushka’s baby to arrive! 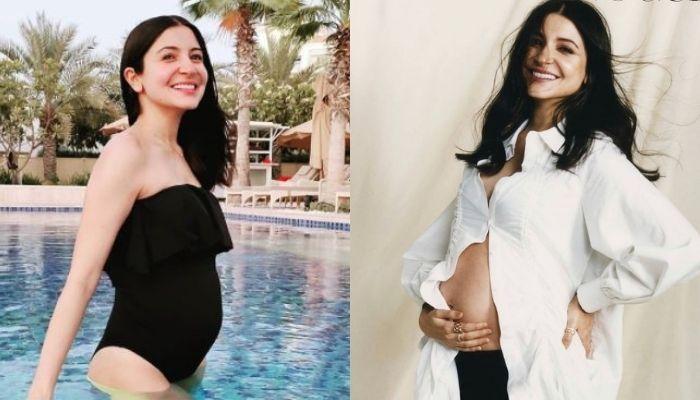