Bollywood actress, Anushka Sharma puts on her baking hat to bake a cake for her daddy's birthday. But it is her husband, Virat Kohli, who cheers for her! 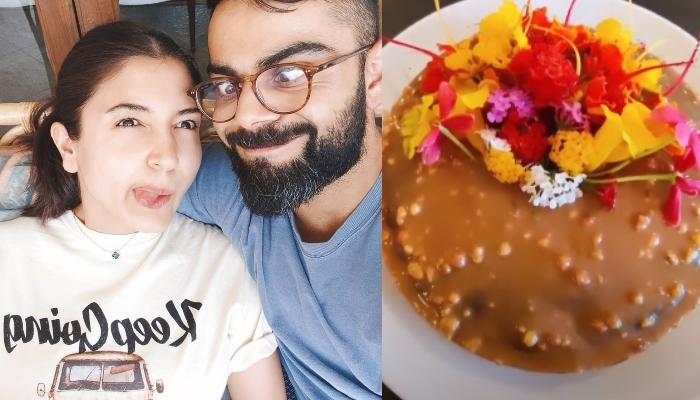 For the first time in the history of mankind, the world has stopped to fight against the COVID-19 outbreak. The nation has been locked down for the next 21 days. Everyone is at home and trying to make the best of their days. And Bollywood actress, Anushka Sharma is no different. The actress has put on her baking hat and has baked a special cake for her daddy's 59th birthday but looks like it is her husband, Virat Kohli, who is loving it the most. (Recommend Read: Sonam Kapoor Ahuja's Hubby Anand Ahuja Shares Unseen Family Wedding Pictures, Prays For Their Health)

We all know Anushka Sharma is from an army family and had carved a niche in Bollywood without any solid support. She is one of the prettiest actresses and everyone loves her for always showing her real-side in front of the camera. But not many know, the actress is extremely close to her father, Ajay Sharma. She is her daddy's little girl and she takes immense pride in calling herself an army man's daughter. In many media interactions, Anushka had shared that her parents were super cool with her decision of joining films. 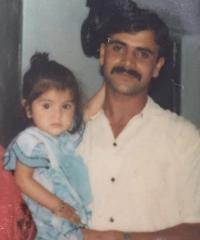 On March 25, 2020, Anushka's father, Ajay Sharma turned a year older and the doting daughter thought of baking a cake from him as ordering a cake amidst COVID-19 outbreak is not a good idea. So, the actress took to her Instagram handle and shared Instagram stories of her baking process. In one of the video, she revealed how her husband, Virat Kohli appreciated the cake and it made him hungry instantly. Check out the screenshot of her Instagram stories below: 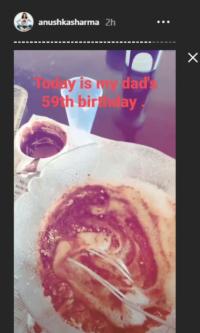 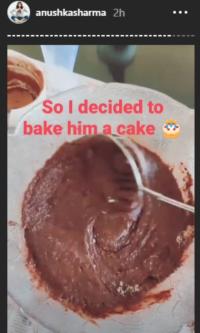 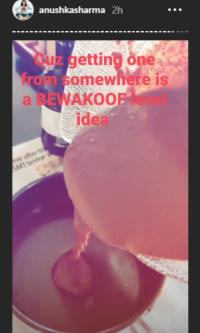 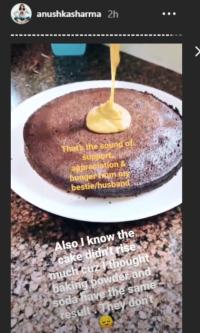 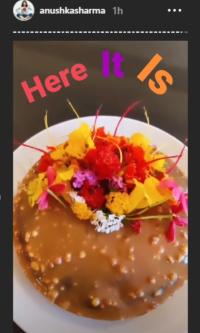 On the occasion of Father's Day, Anushka had once shared an adorable note for her 'daddy dearest' on her Instagram handle and it could be read as "I couldn't possibly be more like anyone as I am like my father. I wish every girl growing up gets to look up to a man like I got to with my dad. He taught me to stand up for myself and what I believed in and never allow anyone to treat me wrongly. My biggest inspiration comes from him and how wonderful this world would be if there were more men like you papa! I love you to the moon and back #FathersDay." (Also Read: Kalki Koechlin Shares An Adorable Picture Of Her Little Angel, Sappho Curled Up In Her Daddy's Arms) 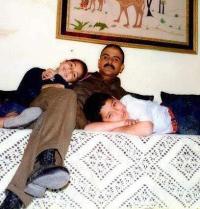 Coming to Anushka's married life, she is enjoying every minute of it. In an interview with the Filmfare, the actress had talked about the same and had shared, "I’m married to my best friend. I’m married to my confidant. I’m married to someone I love so dearly just because of the human being that he is. You talk about being misunderstood in life and then you meet someone, who understands you completely. Then the world doesn’t exist. So for him and me, when we’re together, the world ceases to exist. We find solace in one another because of the similarities we share as people. Even when we were dating each other, it was the same thing. I feel extremely happy because he’s my family." (Don't Miss: Celina Jaitly Wishes Twins, Viraaj And Winston On 8th Birthday, Posts 'Cutest And Craziest' Journey)