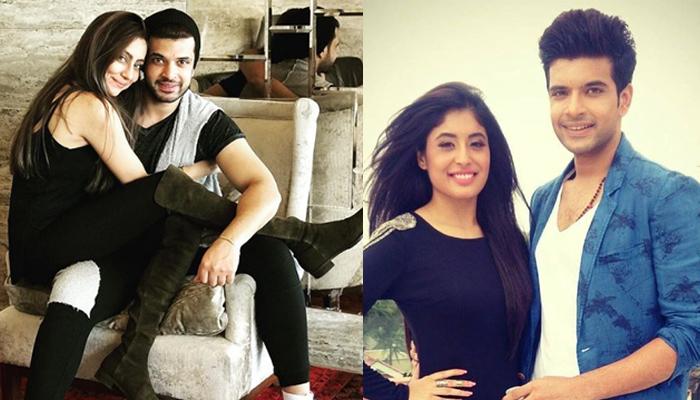 Their love is no more a secret and their cute PDA moments and delightful pictures give many couples serious relationship goals on the social media platform. Yes, we are talking about one of the most good-looking couples in the town, handsome Karan Kundra and his girlfriend, sexy VJ Anusha Dandekar.

Other than playing a good part in one's life by keeping their closed ones informed about what's happening in life, social media bitter side was what was seen by this cute couple. As per the latest reports, social media trolling has led to a lot of problems in the relationship between Karan and Anusha. As per BollywoodLife, Karan was quoted as saying, “I do feel guilty about this because this (trolls) is what she (Anusha) has to wake up to every day. This has led to problems between us. There are issues at my home as well. My mother scolded my sister the other day when my sister tried explaining this to her. It’s not that she believes everything but she has now started reacting to it.” Of course, if one sees such trolls every day, it is sure to bring the fire between the couple and so it happened with this cutesy couple too.

When asked how it has affected her life, Anusha retorted, “For me, trolling has increased tenfold. Maybe I lived in a bubble. Since the time I started dating Karan, my life has changed. It has been very difficult for me. Every morning I read at least 50 hate comments saying you aren’t cultured or aren’t good. I can’t even say the things. Though my Hindi isn’t great, I do understand the things they say in Hindi.” After reading comments with a lot of hatred for Anusha and Karan, she further added and remarked, “According to you being in love is a crime, in fact being in love online is a bigger crime. It’s time we sit down face-to-face and talk about it.” 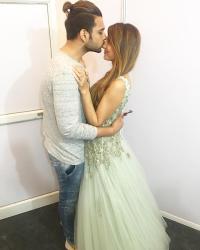 After all this scene and detestation being showcased with trolling, what Anushka commented next will shock all the couple's fans. Being guilty and angry, she said, “Trolls want us to break up because they love Kritika (his former girlfriend) and Karan together. They were in a TV show. They looked great. They were everybody’s love." For those who do not know, Karan's present girlfriend, Anusha and his ex-gf, Kritika are good friends with each other. Both love fashion and travel and there is no surprise to see them chilling together. But we wonder after all this if that will continue or not. For those who do not know, the sexy couple has been in a relationship from last two years and from the time they publicised it, Karan being a doting boyfriend has been sharing their aww-dorable pictures on his official Instagram handle. Not only this, he even grabbed a lot of eyeballs by smashing the cyber trolls with his firm replies as a fan wrote bad comments about his girlfriend Anusha (Read More). Even after lashing back with his comments, it seems like the power of trolls of social media is really strong to destroy one's happy relationship.

We wish you both don't separate and have a happy life ahead, away from all the distresses by the social media platform! 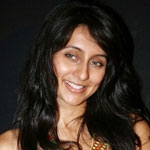