Here's everything you need to know about Anupam Kher's two wives, Madhumalti Kapoor and Kirron Kher, and how they shaped his life. Find out!

Popular Indian actor, Anupam Kher is often regarded as one of the most versatile and incredibly talented actors of all time. Over the decades, while many exceptional actors have struggled to adapt to the transition in cinema, Anupam Kher is one of the few actors, who had excelled in this art. Whether we talk about his knowledge of acting or cinema, Anupam Kher never disappoints with his thoughts and learning. From comedy characters to pulling off serious roles quite effortlessly, Anupam Kher always does justice to his roles, irrespective of his screen time.

Over the years, Anupam Kher has worked in numerous blockbuster films and continues to do so. However, it was only in 2022 when he was praised and lauded for his performance in the film, The Kashmir Files. While Anupam Kher's professional life has always been filled with awards and accolades, his personal life has also garnered much attention over the years. However, not everyone knows that Anupam was earlier married to the famous actress, Madhumalti Kapoor before tying the marital knot with Kirron Kher. 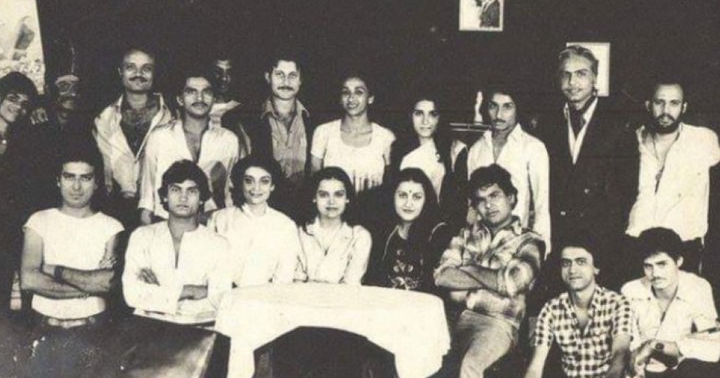 The iconic actor, Anupam Kher had met the ever-so-gorgeous actress, Madhumalti Kapoor, during his college days. Both the actors were in the same college and had created a bond with each other, but they were not involved romantically. From attending lectures and participating in college events, Anupam and Madhumalti never felt anything about each other. However, if reports are to be believed, it was in 1979 when Anupam and Madhumalti's respective families had come into each other's contact by the grace of destiny, resulting in their arranged marriage. Although it was a difficult decision to swallow for both of them, but it was Anupam Kher, who was completely against the marriage and soon, cracks had started appearing in their marriage. Within a year, Anupam and Madhumalti had filed for divorce, and the husband-wife duo had walked away on different paths. It was a heartbreaking decision for the two families, who thought Anupam and Madhumalti would be with each other for the rest of their lives. Thus, to see them parting ways within a year was tough to accept. When Anupam Kher was working in Chandigarh Theatre Group, he had met his soulmate and aspiring actress, Kirron Kher, for the first time in his life. The two young theatre actors had jelled up together quite well and started spending a lot of time in each other's company. Once in a throwback interview, Kirron had recalled the time she had spent with Anupam back in Chandigarh and had stated:

"We both were in theatre in Chandigarh, and we were the best of friends. There was nothing he did not know about me, and I knew everything about him, up to the extent of knowing which girl he was planning to patao. It was fun and we worked together well too. But there was no attraction of any kind beyond friendship." 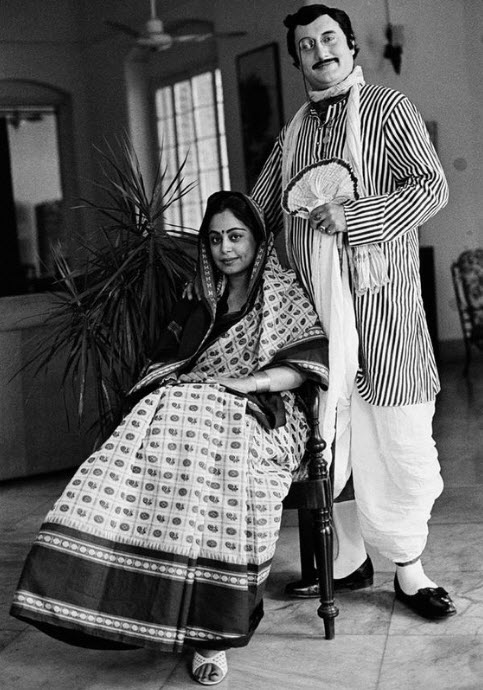 In 1980, Kirron Kher got a tremendous acting offer from Mumbai, and she went there without a second thought, as it was her dream to be a part of the Hindi film industry. However, after spending some time in Mumbai, she had met a guy named, Gautam Berry. After a series of meetings with him over some weeks, Kirron had decided to tie the knot with him. In 1980, Kirron had got married to her then-lover, Gautam, and together they had welcomed a baby boy in 1981, whom they had lovingly named, Sikandar. After a few years into their marriage, Kirron Kher started experiencing many issues in her marriage with Gautam Berry. Soon, the little fights had turned into irreconcilable issues and then came the point when Kirron had lost all the love for Gautam in her heart. That was the moment when Anupam Kher had entered into her life and told her about his feelings for her. The actress had wasted no time in holding Anupam's hand, who was indeed her true lover. Reflecting on the same, once in an interview, Kirron Kher had stated:

"He came and knocked on my door, and said "I want to talk to you." He then said "I think I have fallen in love with you." And suddenly there was this immense, intense change, the chemistry exploded. I got a divorce and married him. He had nothing then."

You May Like This: Rakesh Jhunjhunwala Survived By Wife, Rekha And 3 Children: Story Of A Regular Boy To A Billionaire 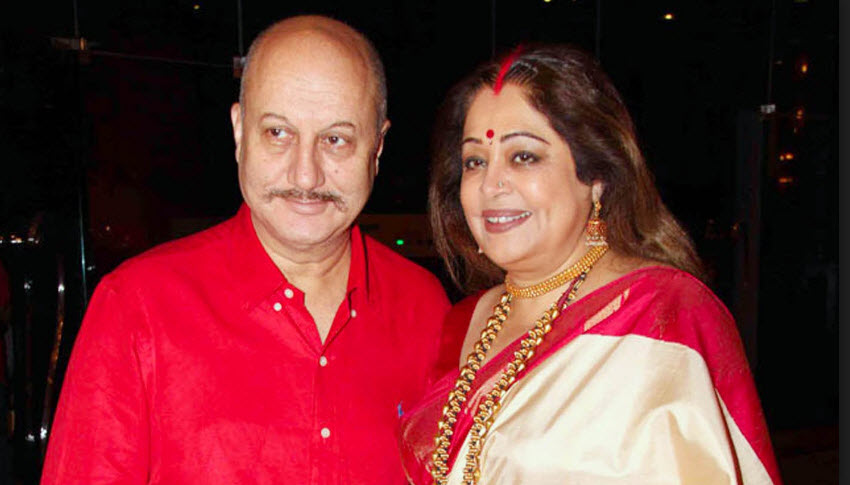 After making up her mind, Kirron Kher divorced her husband, Gautam Berry and had tied the marital knot with her lover, Anupam Kher, in 1985. The actor had adored his wife's son, Sikandar, from her first marriage and had proved that his love was pure. Once in an old interview with a news portal, Kirron had heaped immense praises on her husband, Anupam and had shared how he has always been loyal to her. Opening up about the same, she had said:

"He used to be very romantic. He was the most romantic man I ever met in my life... and listening to songs, he would sing them to me rather than listening to them. Dekho, romance toh over a time does fizzle out... but till date he's as loyal to me as he was when we first fell in love, and that's more than important." Well, Anupam Kher is indeed as good as a lover as he is an actor. What do you think? Let us know!