Anupam Kher and Kirron Kher belong to an era when people mended broken things and relationships, instead of throwing it away. Today, they celebrate 34 years of marital togetherness. In the world of brittle relationships and hook-ups, deciding on a ‘mine forever’ remains an uphill task. Sometimes the one that you think of spending your entire life with doesn’t work out and God ends up rewriting the pages of your life all over again. That is exactly what had happened with one of the finest actors of Bollywood, Anupam Kher and his wife, Kirron Kher. After a series of ups and downs, love and fights, understanding and indifferences, Anupam and Kirron stand tall as the Mountain of Alps, deeply in love with one another. (Do Read: Shahid Kapoor And Mira Rajput Shell Out Couple Goals As They Enter Lakme Fashion Week Holding Hands)

Anupam Kher and Kirron Kher belong to an era when people mended broken things and relationships, instead of throwing it away. Everything used to be measured on the scales of love and then acted upon. And that is exactly how the duo is celebrating 34 years of their marital bond together! Anupam ji took to Instagram a while back and posted an ethereal black and white unseen picture from his wedding with Kirron ji, along with a heartfelt wish. 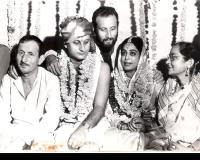 So beautiful, right? Last year, on August 26, 2018, Anupam Kher and Kirron Kher had completed 33 years of marital bliss. Wishing his wife on the same, The Accidental Prime Minister actor had taken to Twitter and had written a heartfelt message for Kirron ji. Therein, he had yet again shared a series of throwback pictures of himself and his wife and had written, “Happy 33rd Anniversary dearest Kirron. Thank you for your love and laughter. Thank you for your grace. It has been a great journey of ups & downs. But it has been a solid one. Many more to come. Chandigarh is lucky to have you as it’s MP @KirronKherBJP ji. Mumbai misses you.” 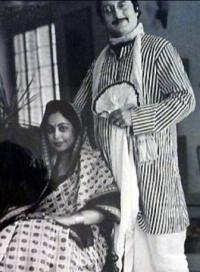 Anupam Kher had turned 64 last year, on March 07, 2018. For the same, Kirron Kher’s heartfelt gesture for her hubby had won hearts on the internet. She had shared a series of images and had revealed the reason as to why she feels that her hubby’s birthday is more precious to her than her own birthday. The note that Kirron ji had written could be read as “Anupam, you have been my strength ever since I've known you. This day is very special to me, more special than my own birthday. Here's wishing you a very, very happy #birthday and all the glory that you deserve! Lots and lots of #love!” Here's one of the pictures that she had posted: 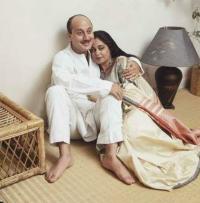 To give you all a little background about this couple, both Anupam Kher and Kirron Kher were already married when they met each other. But as per the reports, they were not happy with their previous marriages and ended up being together. Speaking about the same, Kirron ji had shared, “Well, I came to Bombay, I married Gautam, and we discovered that the marriage was just not happening. Anupam too had been married, and that had gone wrong. He and I were still good friends, doing plays together. I remember we were going to Calcutta for Nadira Babbar's play, he came looking different, his head was shaved, for some film he was doing I think. When he was leaving the room, he looked back at me, and something passed between us.” (Must Read: Sushmita Sen Shares Cute Pictures With Beau, Rohman Shawl, Wishes Janmashtami To Their Fans) 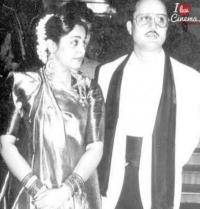 In an interview, Kirron Kher had recalled her proposal moment and had stated, “He came and knocked on my door, and said, "I want to talk to you." He had then said, "I think I have fallen in love with you." And suddenly there was this immense, intense change, the chemistry exploded. I got a divorce and married him. He had nothing then.” She had also shared, “We used to call Anupam the group’s opening batsman in college since he had several girlfriends and was very flirty. Sabko hasaa hasaa kar phasaa deta tha... mujhe bhi waise hi phasaya...we became friends first and before I knew it, I fell in love with my best friend.” 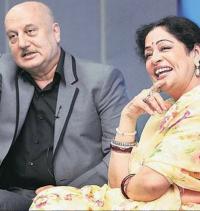 The initial years of Anupam Kher and Kirron Kher’s marriage were all about bliss. Kirron ji has a son, Sikander Kher from her first marriage and speaking about how she had managed her family life and work then, she had shared, “The first ten to fifteen years we just travelled together everywhere. Sikandar -- my son from Gautam -- was still a baby, so all theatre work stopped for me. Sikandar was from a broken home, and I wanted him to be spared any trauma, did not wish him to feel rudderless. He went with us everywhere. He went with us on Anupam's shoots, his shows with Amitabh Bachchan abroad. Those were great days for Anupam, and we sailed along with him basking in the glory.” 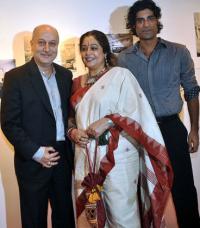 Ever heard of the term, opposites attract? As per Kirron Kher, she and hubby, Anupam Kher too, are total opposites! In an interview, the doting wifey had stated, “But we are total opposites. I’m a control freak and the organised one whereas he’s the calm and forgetful one. I’m always fighting with him when he forgets to put the toothpaste cap back on or when he forgets to close the bedroom door.” She had further added, “He is such a bechain buti, he cannot sit still, he will walk about, go from one thing to another, make a call, I am much calmer. Then the other differences: he needs to sleep immediately after dinner, while I like to read, unwind. He will say put off the light. Luckily now I have all my reading on my iPad, and don't need the light.” (Also Read: Vishal Aditya Singh Reacts On Being Slapped By Madhurima, Says Personal Journey with Her Is Over) 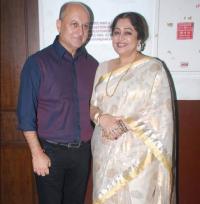