Everyone is in lockdown and is facing a lot of issues but all of them are still smaller than the threat of COVID-19 that is roaming on the streets. However, a virus of fake news is also revolving all over the internet and it is from the entertainment industry. Well, the news that is doing rounds on the internet is about the wedding of Anup Jalota and Jasleen Matharu. Everyone knows about their history on the show, Bigg Boss 12 and the way those two had brushed-off their relationship rumours time and time again. (Recommended Read: Maanayata Dutt And Trishala Dutt Console Sanjay Dutt As He Misses His 'Elder Brother', Rishi Kapoor)

But it all came back in the limelight and on everyone’s lips when Jasleen Matharu posted a dance video on Instagram in a semi-bridal look. She was looking beautiful in that dance video and every single person had started linking Anup Jalota’s name with her. Now, the popular singer has come forward to talk about all those rumours in his recent interview. 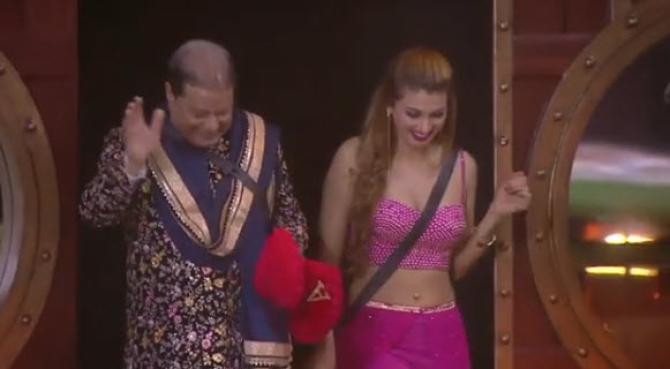 In an interview with Bollywood Hungama, Anup Jalota talked about all the speculations and reports going all over the internet about his secret wedding with Jasleen Matharu. The popular singer revealed that all the rumours are false and instead he’s searching for a suitable boy for his daughter-alike-student, Jasleen Matharu. He said, “Not Again! My marriage to Jasleen is news to me. I and her father are looking for a suitable match for her.” Anup Jalota also added that he has already suggested a Punjabi boy to the family. He added, “I have suggested to them a Punjabi boy living in Canada. Nothing is fixed yet.” In the end, he sends a strong message to everyone and said, “I stated to you after coming out from Big Boss that I will do her kanyadaan. And I will. She is my student and daughter like to me.” (Don’t Miss: Farah Khan Gets Interviewed By Kids, Diva, Czar, And Anya, Gets Embarrassed Hearing Diva's Question) 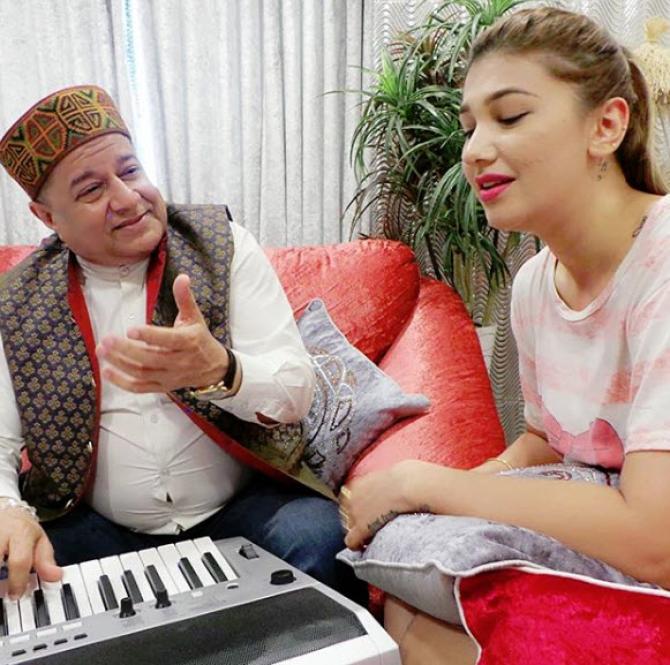 On April 28, 2020, Jasleen Matharu had taken to her Instagram handle and had posted a beautiful dance video on the iconic song, Chupke Se from the hit film, Saathiya. In the video, we could see her in a bridal avatar, wearing a red chooda and sindoor on her forehead. The cute adorable video went viral on the internet and sent fans into a frenzy to know whether she’s married or not. Take a look.

However, to clarify everything for her fans and media, the actress had revealed in an interview with the Times of India that the sole purpose of making this video is to try something new in the lockdown. She had revealed, “I was listening to ‘Chupke Se’ and the song gave me the feel of a wedding. I performed to it as I would like to on my wedding night and posted it on my social media page. It was just to experience a wedding feel while performing to the song. Ever since I have been inundated with calls inquiring whether I have got married.” The actress had also added that she likes the idea of a secret wedding too. She had added, “Agar Jasleen ki shaadi hui hai toh poori duniya ke saamne aa hi jaayegi. However, I am not averse to the idea of tying the knot secretly. If I find the right man who understands me, I won’t think twice before getting married to him on the same night.” 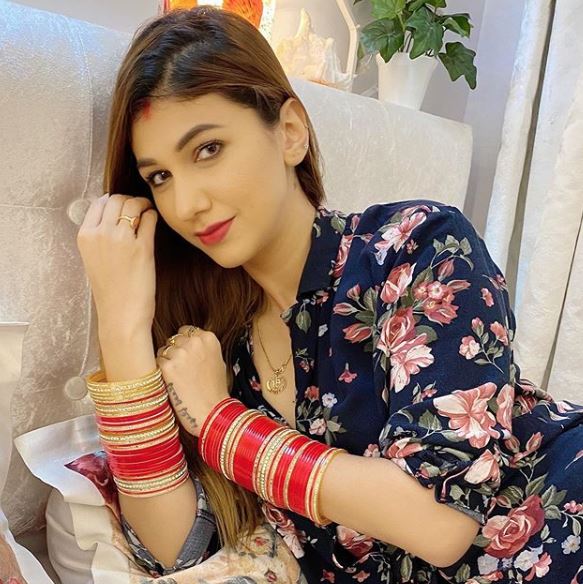 In the same interview, when the young and gorgeous actress was asked about the traits she wants in her dream man, the actress had explained, “Jisko dekh kar dil ki ghanti baj jaaye. Someone who understands me well and loves me the way I am. Mera gussa bhi samjhe aur pyaar bhi.” Right now as we all know that the whole nation is in lockdown, Jasleen had also talked about her quarantine routine and why she thinks that she’s wedding-ready now. She had added, “The lockdown has trained me well and I am doing all household chores on my own. I do jhaadu, pocha and cooking. I think I am wedding-ready.” Well, we hope all her fans will be satisfied with the clarification given by Anup Jalota about the wedding rumours. (Also Read: Neil Nitin Mukesh Wants To Bite His 'Morning Dessert', Nurvi's Cheeks, Her Reaction Is Just So Sweet)