Taking part in '# PlantForSSR' campaign started by Sushant's sister, Shweta Singh Kirti, his ex-girlfriend, Ankita Lokhande was seen buying plants to fulfill his dreams! Check out the video inside. 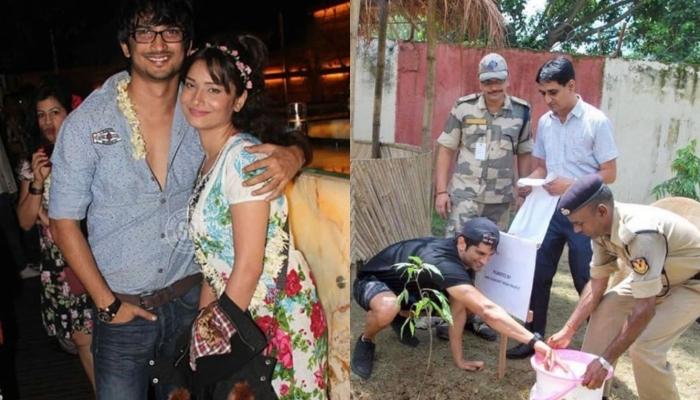 Sushant Singh Rajput's death has triggered a lot of concerns, questions and debates. Amongst these, there's a sister, who is leaving no stone unturned to fight for justice and there's a friend who is making sure to fulfill Sushant's dreams! Yes, we are talking about Shweta Singh Kirti and Sushant's ex-girlfriend, Ankita Lokhande. Ankita has been the biggest support to Sushant's family in these times. Taking part in '# PlantForSSR' campaign started by his sister, Shweta, Ankita was seen buying plants to fulfill Sushant's dreams! (Recommended Read: Malaika Arora Issues A Statement, Sister Amrita Bashes People Who Shared Her COVID-19 Test Reports)

On September 6, 2020, Sushant Singh Rajput's ex-girlfriend, Ankita Lokhande had shared a tribute video for him, made by Bollywood actor, Adhyayan Suman. The video consisted of glimpses of Sushant and Ankita's beautiful moments when they were together. In the background, Ankita's voice could be heard from an interview, wherein she was talking about SSR. Check out the video below:

FYI, Sushant Singh Rajput's sister, Shweta Singh Kirti had started the campaign of '#PlantForSSR' on Saturday, wherein they had targeted to plant 1000 trees and had called Sushant's fans and followers to take part in the campaign. Shweta had shared posters of the same on her IG handle and had written, "Can we make this happen? Let's do it for our Sushant! #Plant4SSR." (Also Read: Samantha Akkineni Couldn't Hide Her Excitement As Hubby, Naga Chaitanya Completes 11 Years In Cinema) 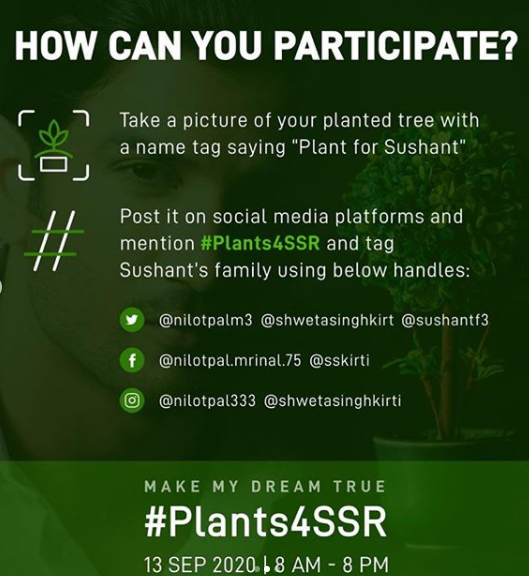 Sushant's sister, Shweta Singh Kirti had posted a throwback childhood picture with her brother and had penned down an emotional note alongside it. It could be read as "We promised each other that we will protect each other forever. But,I failed Bhai...I failed! But here is another promise I and the whole country make to you, we will find the truth, we will get you justice!I knew my brother, the kind of person he was, full of life and joy. He was like a child, the only thing he wanted was love. Koi ek baar, pyaar se haath pher de uske sar pe, pyaar se baat karle, bas that was enough for him to make him happy. He was not a person who would take his own life. My heart is not ready to believe it. Let's keep our intentions clear, we want to know what is the cause of Sushant's death, nothing less will suffice! It is Satya ka Agrah, #SatyagrahForSSR." 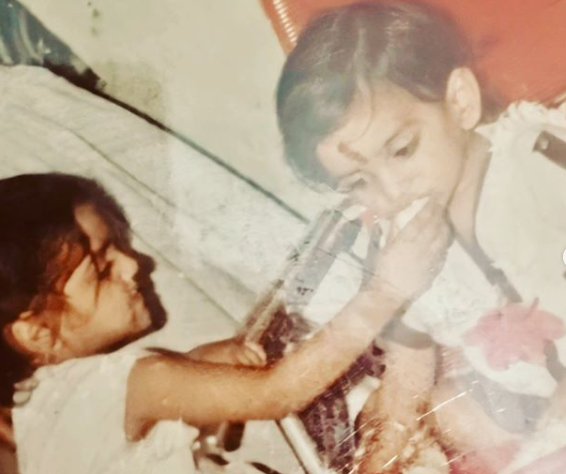 Earlier, in an interview with Republic TV, Ankita had revealed why she had not attended her former-boyfriend, Sushant's funeral. She had shared that she had gotten up from a phone call of a journalist, who had informed her about his death and had said, "I was sleeping, and I just got up with some reporter's call. Usually, I don't take unknown numbers. I picked up the call, and this reporter said, "Ankita, Sushant has committed suicide!" And I was finished. It was something that, you don't expect something like this." (Don't Miss: Tahira Kashyap Wishes 'Hot And Amazing Couple', Aparshakti And Aakriti On Their Wedding Anniversary)

Are you participating in '#PlantForSSR' campaign? Let us know!