Ankita Lokhande opens up about claims of occupying a flat owned by Sushant Singh Rajput. The actress shares details of bank statements and her flat’s registration.

The fiasco surrounding the death of actor, Sushant Singh Rajput is getting nasty day by day. It has been two months since the actor’s death and with each day, his case has new twists and turns. The whole episode around his death is becoming more of a circus with blame games and speculations. Sushant’s death has raised many questions of the existence of nepotism and has dragged many Bollywood biggies into his death. (Also Read: Kareena Kapoor Khan's Nutrition Expert Reveals Her Second-Pregnancy Diet In The Initial Months)

It was on the afternoon of June 14, 2020, when the news channels had flashed the breaking news of actor, Sushant Singh Rajput’s death. The versatile actor, known for his performances in films like Kai Po Che, MS Dhoni: The Untold Story, and many more had committed suicide at his Mumbai residence. The news of Sushant’s untimely death had sent shock waves through the entire Bollywood industry. Smelling a foul play in Sushant’s death, his family, friends, and fans have urged for a CBI probe into his death. Over the last few weeks, the Enforcement Directorate (ED) has summoned several individuals. However, the latest reports have dragged Sushant’s ex-girlfriend, Ankita Lokhande into the frame. 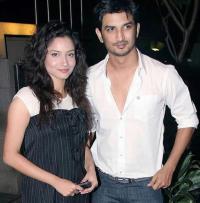 The Enforcement Directorate is probing misuse of Rs 15 crore from the late actor’s account and according to some sources from the agency, Sushant was paying the EMI of a flat worth Rs 4.5 crore. However, it was claimed that Sushant’s ex, Ankita Lokhande has occupied the flat. Now on August 14, 2020, Ankita took to her IG handle and responded to the allegations. Sharing pictures of her flats’ registration and bank account details, Ankita wrote, “Here i cease all the speculations. As transparent as I could be. My Flat's Registration as well as my Bank Statement's (01/01/19 to 01/03/20) highlighting the emi's being deducted from my account on monthly basis. There is nothing more I have to say #justiceforssr.” On her post, her beau, Vicky Jain, and Sushant’s sister, Shweta Singh Kirti responded. While Vicky commented, “Hats off miss lokhande”, Shweta wrote, “You are an independent woman and I am proud of you my girl!” 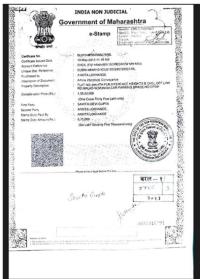 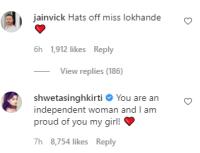 The sources from ED had stated to India Today that Sushant’s girlfriend, actress, Rhea Chakraborty had given the information of Ankita Lokhande’s house. Rhea had claimed that Ankita was staying in the house while Sushant was paying the EMI. She had further claimed that Sushant couldn’t ask Ankita to vacate the house even though it was registered on his name. (Also Read: Rucha Gujarathi Shares The First Picture Of Her Daughter, Aariana As She Completes One-Month)

Ankita Lokhande’s life had broken into pieces when she had received the news of her former boyfriend, Sushant Singh Rajput’s death. Sushant’s death has left Ankita shattered and devastated. On July 14, 2020, one month had passed since Sushant’s death. To mark this day, Ankita Lokhande had remembered Sushant and had prayed for the 'Child Of God'. Sharing a picture of a diya, surrounded with flowers in the temple of her house, Ankita had written, "Child of God." This was the first time that Ankita had posted something after his death. 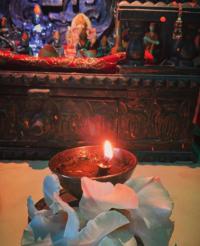 Since Sushant Singh Rajput's demise, his friends and family have been posting on social media and remembering the happy moments they had spent with the late actor. SSR's close friend, Vikas Gupta had posted a throwback picture with Sushant, Ankita Lonkhande, Pooja Gor, and Raj Singh Arora, and had penned an emotional note remembering his 'carefree and tension-free' friend. Vikas had written, "This was the time when I saw him the carefree fun happy lad sushu was. He din't worry about anything. He could leave the number 1 show on Indian television and we could for weeks do nothing and make plans in chai coffee and discuss learning film making plans." 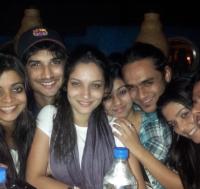 Revealing how Ankita Lokhande was always by Sushant Singh Rajput's side when they were in a relationship, Vikas Gupta had expressed, "I want to remember him as this grinning boy who was tension free cause tension Ankita ko dekh kar bhaag jaati thi #ankitalokhande you were the shock Absorber and wouldn’t leave him till he has the smile on his face again. #sushantsinghrajput #ankitalokhande #charumehra #poojagor #rajsingharora #niveditabasu sorry some of us have half faces in this one but I just had to put it cause look at him grinning and all of us showing our teeth #balajikebachey #pavitrarishta this is #HaPeace." (Also Read: Ravi Dubey Shares A Hilarious Throwback Video Of His Wife 'Mrs Dubey' AKA Sargun Mehta)