Ankita Lokhande talked about doing bold scenes and roles and revealed there are a few things she can't do after her marriage with Vicky Jain.

Television actress, Ankita Lokhande and her longtime boyfriend, Vicky Jain's wedding pictures had flooded social media in the last month of 2021. Starting with pre-wedding ceremonies to a grand and fun-filled wedding, we had loved them all. Finally, on December 14, 2021, Ankita had walked down the aisle and tied the knot in a forever bond with Vicky. The snippets from her wedding look had stirred the internet, which had included a beautiful golden lehenga with uncut Polki jewellery from the designer, Manish Malhotra. On the other hand, Vicky had donned a cream-coloured sherwani.

Since then, the joyful bride, Ankita Lokhande and her handsome husband, Vicky Jain, have been enjoying their happily married life ever after. On January 18, 2022, Ankita had taken to her IG handle and had shared a happy throwback picture with her husband, Vicky Jain. In the photo, the newly married couple had smiled as they had struck a pose and had donned casual attire. The actress had captioned her photo as:

"From friends to forever #anvikikahani."

Recommended Read: Dia Mirza Narrates Her Pregnancy Journey, Thanks Son, Avyaan For Choosing Her To Be His Mother

In an interview with The Times Of India, Ankita Lokhande opened up about taking bold roles and scenes after marriage and revealed that these are the few things she can't do after marriage. She mentioned that this same principle is applied to her husband, Vicky Jain. She further added that she loves to give importance to whatever is done for her, and she wants to do the same in return. She said:

"That is me who I am, and it has always been my choice. I feel I can't do such scenes. But of course, after marriage, I don't feel just me, I feel even Vicky has a few reservations, there are things which even he can't do now. I always see it like this, if he's doing something for me, I also need to take care of his emotions, and I respect that. I don't think there can be any problem between us because of bold projects." 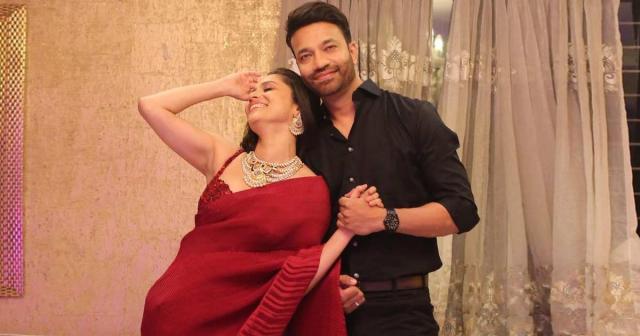 Further in the conversation, Ankita mentioned that she never liked those roles, even after her husband, Vicky looked at them with an 'open mind'. She added that she doesn't want to hurt her husband from her side. She explained:

"At the end of the day, I personally have been a person who has never liked doing such roles. And it's not like he has problems. I want to be clear that if an offer or something bold comes up, he will look at it with an open mind. I am saying this from my side that I don't want to do it or hurt him. Theek hai yaar nahi kiya toh nahi kiya ye ek scene. I understand that feeling. I totally understand. He has never stopped me, and he feels if something like that comes up, you should definitely go for it. But deep down, I am not comfortable with such roles."

In an interview with the Hindustan Times, Ankita Lokhande had opened up about her marriage with Vicky Jain and had revealed the real reason for tying the knot with him. The actress had also added that she and Vicky had partied for three days after their marriage and had admitted that they just wanted to spend the money. On being asked about the change in her life after the wedding, Ankita had answered that there was no such change. She had said:

"I got married so I could party. You know we partied for three days? We just wanted to spend that money. I do not think there is a change. What change do people expect? I do not know, nothing has changed for me. It also depends on how you look at it. Some people take it very seriously. It is not a responsibility to fulfil, it is just about happiness. We are happy, and that is all that matters." Earlier this year, in another interview with the Hindustan Times, Ankita Lokhande had opened up about her wedding for the first time after tying the knot with Vicky Jain. From talking about her beautiful bridal entry to her three-day-long functions, Ankita had revealed that things had gone as they had planned. Mentioning that their wedding was not too much 'tadak bhadak', she had said:

"It was subtle and full of feelings. And I was just happy that I was getting married. I had fun at my wedding. It was beautiful. People were literally crying. Vicky was also crying when he saw me. And I'm happy that I did that to him. However, the minute I saw my dad crying, I started tearing up. Everyone has their own wedding plans. Vicky and I planned a few things too. Jo socha tha usse kahin zyada achchi ho gayi cheezein. My wedding was not too much tadak bhadak. It was very classy, just the way I wanted it." 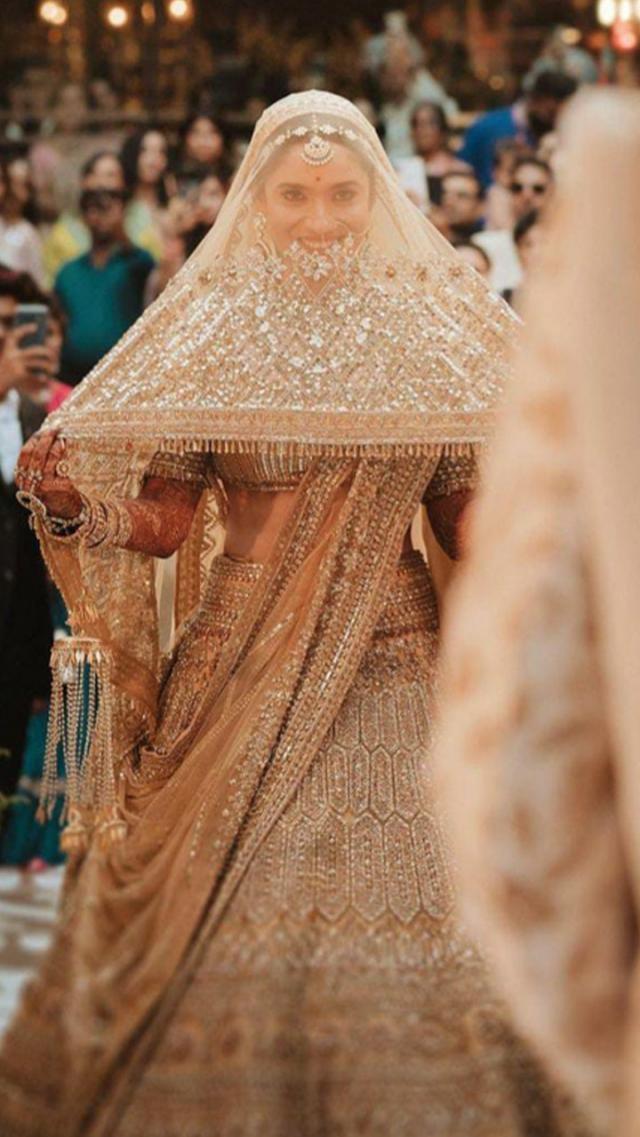 What do you think about Ankita's decision of not doing 'bold' scenes due to her marriage with Vicky Jain? Let us know. Television actress, Ankita Lokhande is finally living the life of her dreams, and her bridal glow is still clearly visible. She is professionally at her best, and personally, she is enjoying being married to the love of her life, Vicky Jain. With their unmatched chemistry and enduring love, the much-in-love