Shaadi season is ongoing, and we are glued to our mobile screens to get the latest update of our favourite celebrity weddings. Finally, that day has arrived when one of the most adored television actress, Ankita Lokhande is tying the knot with the love of her life, Vicky Jain. On December 14, 2021, the couple is getting married in saath janmo ka bandhan.

For the unversed, Ankita and Vicky's pre-wedding celebrations had begun with a shagun ki mehendi on December 11, 2021. For the day's ceremony, Ankita had looked gorgeous in a yellow-coloured saree which she had paired with a pink blouse. A picture of the bride-to-be with her mother-in-law and sister-in-law had gone viral. Later in the night, Ankita had worn a rani pink-coloured ethnic wear. She had accentuated her look with a pair of statement earrings and a stone-studded neckpiece and had sat for adorning her hands and legs with mehendi. Her bridal glow was unmissable!

Also Read: Ankita Lokhande Cancels Reception Party After Her Grand Pre-Wedding Functions Due To This Reason Just a few seconds ago, Vicky arrived at the wedding venue. The groom looked handsome in a cream-coloured sherwani with matching doshala and a turban. Vicky's look was accentuated with his black glares. In the video, we can see the ladkiwale's welcoming him. Vicky made a grand entry on a vintage car like a king. Check it out below:

As per the reports, Ankita and Vicky will tie the knot at the Grand Hyatt, Mumbai. A close source to the actress revealed to the Hindustan Times that the actress wouldn't go for the colour red or pink for her wedding couture. The source said:

"The actor plans to drop the usual bridal colours like red and pink and opt for a gold ensemble. The outfit also has a long netted trail to it." The source further added that apart from Ankita's television and film industry's friends and peers, there will be a special guest at her wedding. As per the source:

"Apart from actors, the wedding will be graced by Bhagat Singh Koshyari, the Governor of Maharashtra. A few days ago, Ankita and Vicky personally met him at Raj Bhavan and invited him." 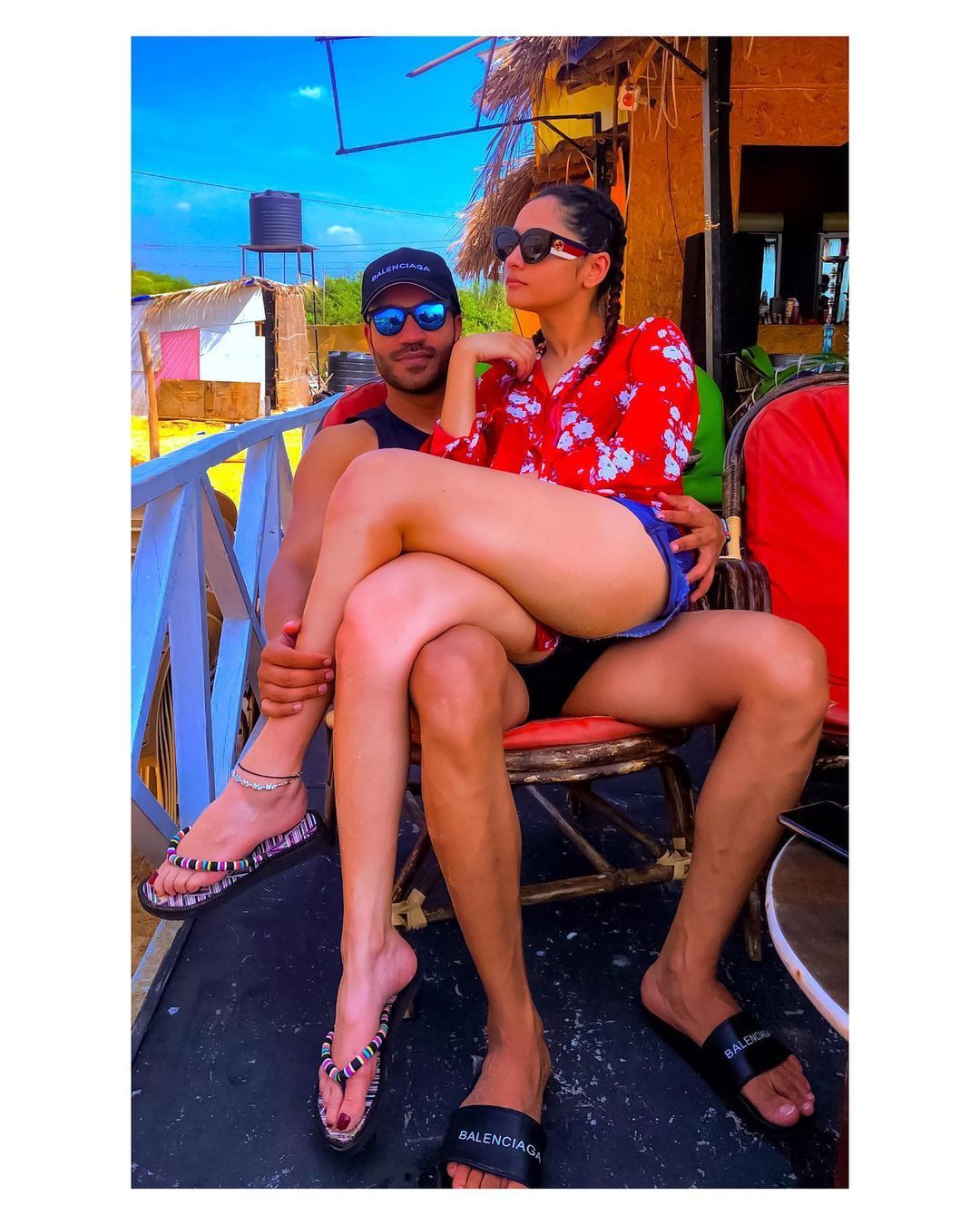 According to the reports of The Times of India, Ankita Lokhande and Vicky Jain had cancelled their wedding reception, owing to the rise of COVID-19 cases. The couple had earlier planned a traditional wedding ceremony in the morning, followed by a red-carpet reception for the media. However, the couple had called off the reception party as they did not want to take any risks. On December 13, 2021, Ankita Lokhande and Vicky Jain had a gala sangeet party just like their other pre-wedding functions. And Ankita's Manikarnika: The Queen of Jhansi co-star, Kangana Ranaut had graced the night and had made heads turn with her unique look. On the other hand, the bride-to-be had looked gorgeous in a sequinned metallic grey-coloured lehenga choli and had dazzled at her own sangeet, while the groom-to-be had worn a black tuxedo. On December 13, 2021, after their gala mehendi and engagement ceremony, Ankita Lokhande and Vicky Jain had hosted their haldi function in the day. And the bride-to-be Ankita had ditched yellow and had worn a red sharara set and had completed her look with a pair of golden chandbali and a bindi. On the other hand, Vicky had complemented her in a beige-coloured kurta-pyjama. 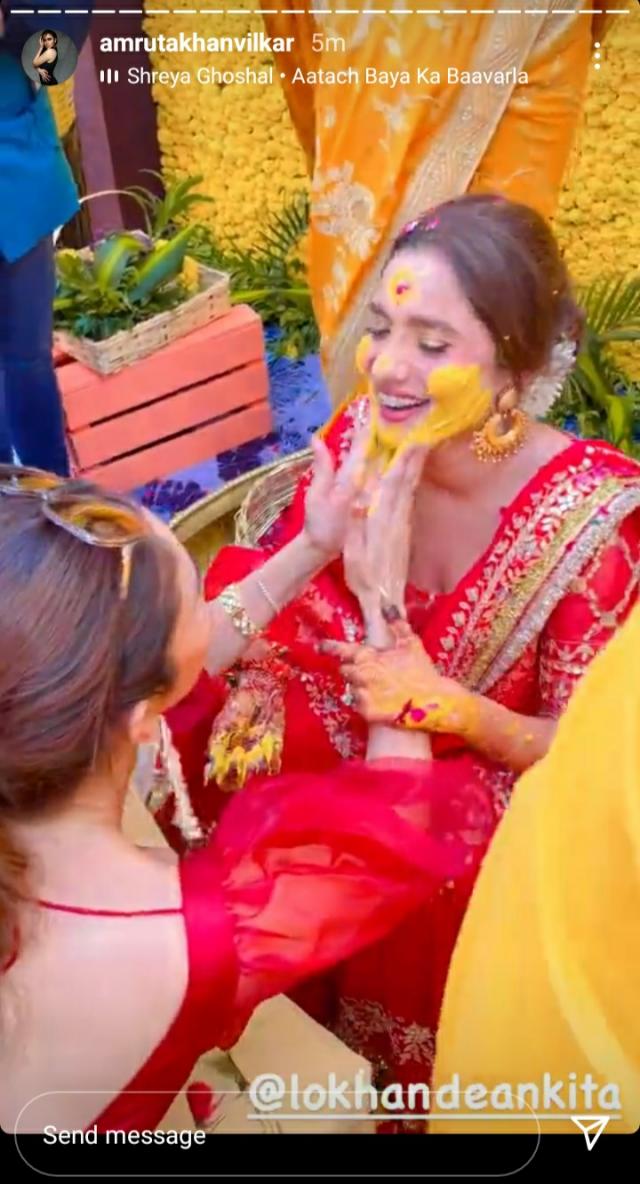 We cannot wait to see more pictures from their wedding!

Don't Miss: Ankita Lokhande And Vicky Jain Dance Their Hearts Out At The 'Sangeet', Actress Dons A Grey Lehenga January 14 is the day celebrated across the nation with different names. However, the feeling of happiness and warmth remains the same. The happiness grows more on people when it is their first celebration with their partner, and TV actress Ankita Lokhande beamed with khushi as she celebrated her first