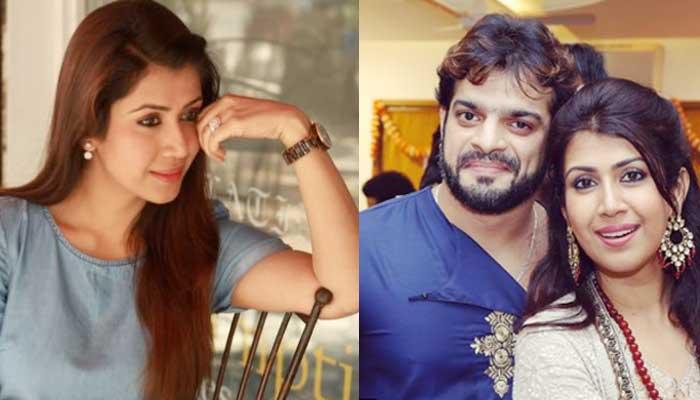 We have 'Fair and Lovely' soaps, creams for both men and women simply because fairness is a big deal in India and the obsession with a 'fair' skin tone is a widely accepted reality. It doesn’t matter if you are sisters, mother-daughter or husband and wife; a debate around who is fairer of all always comes up.

As disgusting, annoying and insensitive this may sound, but unfortunately, a fair complexion is something which is given a lot of importance and also made the basis to blatantly judgments. 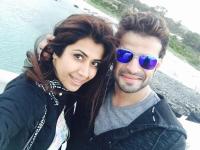 A recent incident involving a graceful young lady from the telly world has come to the fore. TV actress Ankita Bhargava, who is married to Ye Hai Mohabbatein fame actor, Karan Patel, was subjected to what we can call a new form of racial discrimination and that too, against her own husband! Ridiculous, right?

Also Read: Abhishek Bachchan's Epic Reply To A Troll Who Mocked Him For Living With His Parents 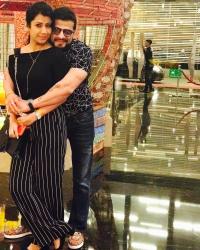 A couple of unscrupulous online trolls abused Ankita on her relatively ‘darker skin tone’ as compared to that of her husband on social media platform. They unashamedly declared that Karan is the fairer one in the two and tried to prove a point with the same. (READ: Why Do Indian Men Favour Women With Fair Skin For Marriage?) 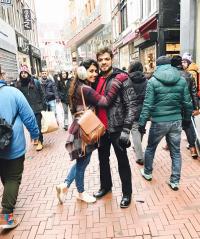 Initially, like any gracious being, Ankita ignored this derogatory trolling, but after a while, the actress decided to break her silence and retaliate in a dignified manner. 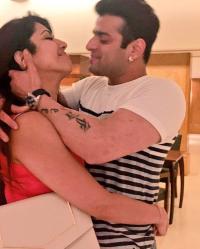 In an Instagram post, Ankita gave a piece of mind to all the haters out there and we are so happy she did it. Because there comes a point when you don’t have a choice but to discipline people and shut them up politely. And Ankita has done exactly that. 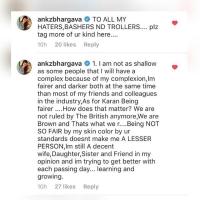 Well done, that’s a much needed brave move here Ankita, more power to you. We hope the haters understand this soon and stop blowing things out of proportion! To all haters hiding behind their pseudo profiles, we hope you got the message right this time.

For more updates on your favourite TV and Bollywood celebs, stay with us right here.