Ankita Bhargava Gears Up For Karwa Chauth In A Red Suit, Looks Like A 'Bhartiya Naari'

The Karwa Chauth celebrations have begun in the Bhargava-Patel household, and Ankita gave a glimpse of her Karwa Chauth look. Needless to say, she's slaying the ethnic look!

Ankita Bhargava and Karan Patel are one of the most respected and graceful couples of the television world. Having completed five years of marital bliss, Ankita and Karan take us back to the era of 90s and 80s when love was eternal. Their amazing camaraderie with each other inspires young couples these days, who wish to be like them in future. (Recommended Read: Puja Banerjee Reminisces Her Karwa Chauth 2019 As Hubby, Kunal Verma Is In Goa, Pens A Note For Him)

Ankita Bhargava, like every year, is observing fast for her dear husband, Karan Patel. The Karwa Chauth celebrations have begun in the Bhargava-Patel household, and Ankita gave a glimpse of her Karwa Chauth attire. Needless to say, she's slaying the ethnic look. Scroll down to check it out! 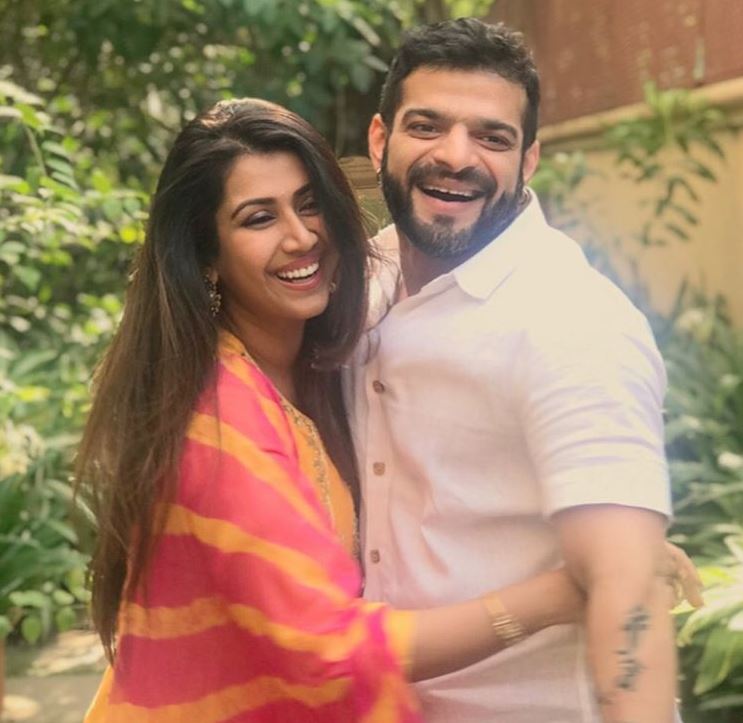 Just a few moments ago, Ankita Bhargava shared her Karwa Chauth look on her IG stories. She looks beautiful in a red suit with heavily-kohled eyes and a black bindi. Atop the picture, she took a jibe at her ethnic attire for the festival and wrote, "Just like Eid ka chaand, the Bhartiya naari comes in me only for Karwa Chauth ka chaand." Take a look at her pictures: Ankita Bhargava had turned 36 on August 17, 2020, and her better-half, Karan Patel had made his wife's birthday extra special with his post for her on his social media feed. Sharing a collage from her maternity photoshoot, Karan had wished his 'jaan' with a heartfelt note. He had written, "Here's wishing the happiest birthday to the best wife in the world and the best mother in the universe. To the woman who completes me and who gives my life meaning. @ankzbhargava May god grant you all that you wish for jaan, and may you always be happily smiling at all times and in times you find that difficult to do, I'll make sure you do it even better. Love you more than what I did yesterday and less than what I will do tomorrow. HAPPY BIRTHDAY JAAN." (Also Read: Karwa Chauth 2020: Ayushmann Khurrana And Tahira Kashyap Lead The Celebrations In Khurrana Clan) 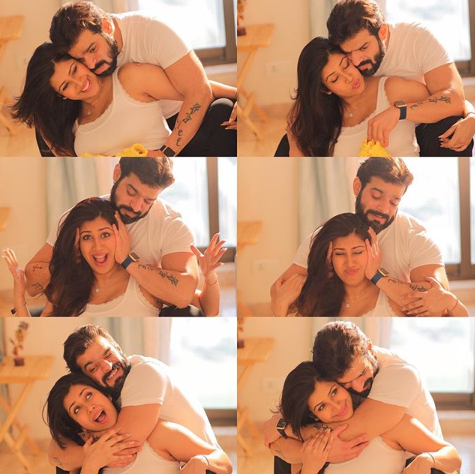 Karan Patel and Ankita Bhargava had completed half-a-decade of their married life in 2020. And the celebrations were special as this year, they had a little munchkin to celebrate it with. Karan and Ankita had celebrated their fifth wedding anniversary at home with their baby girl, Mehr Patel. Ankita had baked a special chocolate cake for their anniversary and sharing a glimpse of the same on her Instagram handle, she had written, "Special Thanks from Mehr to everyone who took out time from their busy quarantine schedules to call, message and post for our #marriageanniversary .... Mehr ki taraf se kuch meetha ho jaye Thanku all for the love and support A.L.W.A.Y.S #halfdecade #5yrstoday #rabbdimehr P.S - I baked a couple of cakes today cos it seems the whole world is... So I got super inspired #chocolatecake #whitechocolateshavings #chocolateganache #chocolateganachecake #frosting #doublechocolate.” 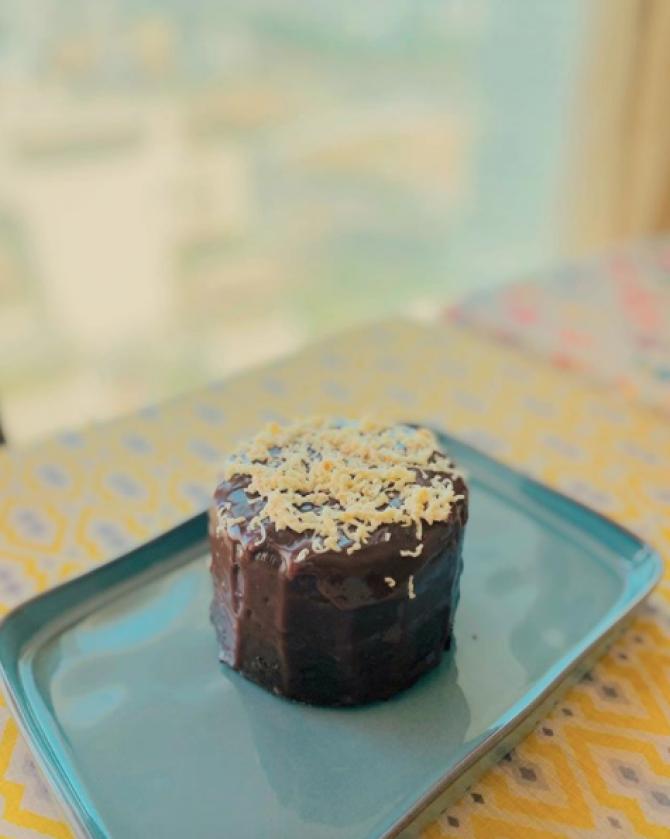 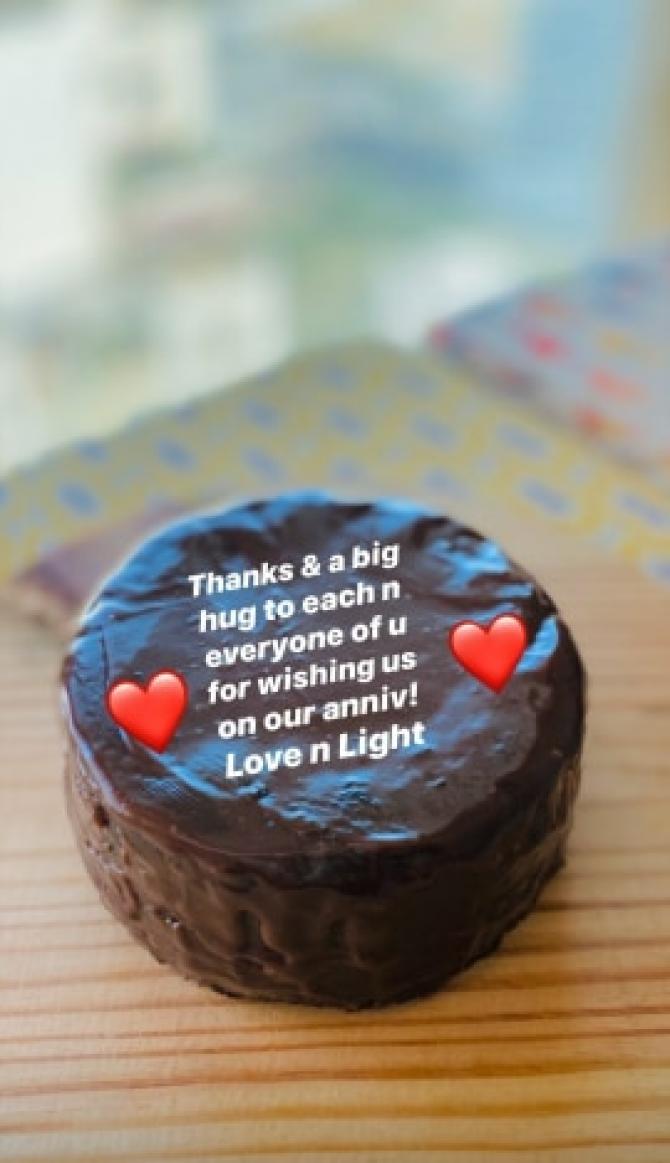 In an interview with ETimes, Karan Patel had opened up about the trolls and the hate comments his wife, Ankita Bhargava receives and had said, "As a partner, I will always stand by Ankita no matter what. Even if the entire world is against her, I am not going to leave her side. Jisko aana hai aajaye. I am going to stand not beside but in front of her." He further shared how Ankita deals with it and said, "The point is here but when you let the third person or people who don't matter make such a big difference to you, then it is a win for them. They are a kind of people who like doing such disgusting things and when you start reacting to them, it means you have made them win. There's no bigger slap on their face than ignoring them. Because you are a celebrity and have achieved, done something in life, that's why these losers who have done nothing in life like to trouble you. I simply believe in one thing 'Jab haathi chale hazar toh ku**e bhuake bazaar'. They are not worth it so why waste time on them." (Don't Miss: Divyanka Tripathi Dahiya Shares A Glimpse Of The Karwa Chauth Gifts She Got From Her Mother-In-Law)

How are you gearing up for Karva Chauth? Share with us!