After Ronit Roy and Karan Singh Grover, Karan Patel is passed on with the legacy of the iconic character, Mr Rishabh Bajaj in Kasautii Zindagii Kay and so far, everyone has welcomed his dapper avatar. 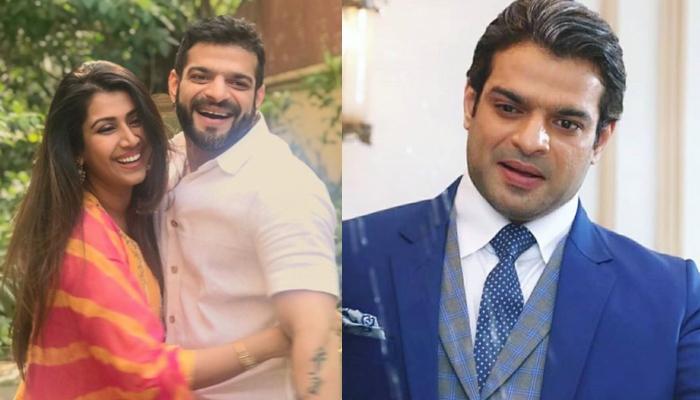 There was a time when an ideal man was considered to be tall, dark and handsome. But gone are those days as the girls now have hots for the man, sporting salt and pepper look. Be it Milind Soman, Arjun Rampal, Akshay Kumar, MS Dhoni, Anil Kapoor or Karan Singh Grover, these men have oozed charisma and good looks, and salt and pepper look was just a cherry on the cake. Karan Patel joins the salt and pepper look list with his stint in the show, Kasautii Zindagii Kay as Mr Bajaj. (Also Read: Sunny Leone And Daniel Weber Spend 'Perfect Morning' With 'Nuggets', Nisha, Asher And Noah At Beach)

Karan Patel had begun his career with Kahani Ghar Ghar Ki in 2003 and was part of the Kasautii Zindagi Kay back in the 2000s. Now, 15 years later, Karan got a chance to be a part of the remake of Kasautii Zindagii Kay and portray the role of Mr Rishabh Bajaj. After essaying the role of an angry young man, Raman Bhalla in Yeh Hai Mohabbatein, Karan is all set to make our hearts flutter with his salt-and-pepper look as business tycoon Rishabh Bajaj. Presenting the first look of Mr Bajaj, Karan had written, "Zindagi mein chahe kitni bhi kasautiyaan aaye, meri aur aapki mohobbatein kabhi kam nahi hongi... #NayaSafar #NayaNaam #NayiPehchaan .... #RishabhBajaj #KasautiiZindagiiKay2 #KZK2 From 13th JULY only on @starplus." 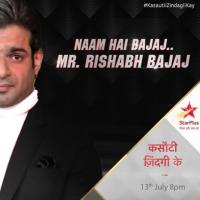 After Ronit Roy and Karan Singh Grover, Karan Patel is passed on with the legacy of the iconic character, Mr Rishabh Bajaj in Kasautii Zindagii Kay and so far, everyone has loved his dapper avatar. When asked his wife, Ankita Bhargava, her views on Karan's look as Mr Bajaj, she replied to SpotboyE, "He is looking smashing. He obviously looks very nice when he is well-suited and booted. He himself is a suit fan. So, he is more than happy to get into that avatar. He is looking the part very well- it's neat and the cuts are very clean so I am liking him in Mr Bajaj's look." (Also Read: Kareena Kapoor Khan And Her BFF Reena's Friendship Legacy Is Continued By Taimur Ali Khan And Ranvir) 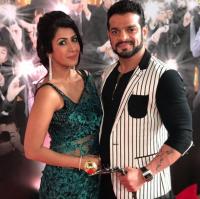 Revealing that they had apprehensions about his grey hair and how they had searched for a perfect look for the character online, Ankita Bhargava said, "We had apprehensions about him greying his hair because that's not something an actor easily wants to do. But the offer was of Mr Bajaj, who is such an iconic character, so the opportunity was great. About greying his hair, we didn't want to put on the whiter to look old. Both of us felt that it can be done stylishly. I remember Karan and I were researching online on various looks and he found some amazing references. It was a mix of bronze, platinum and grey- it looked mature and yet stylish. And that's exactly the hair colour he got done the next day. It looks amazing I feel." 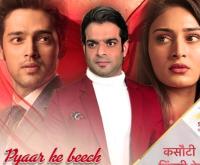 Ankita Bhargava and Karan Patel had embraced parenthood for the first time in December 2019 with the arrival of a little angel, Mehr Patel. And his show, Yeh Hai Mohabbatein too, had gone off-air in December, so, Karan was fulfilling his daddy duties since then. When asked if Karan wanted to enjoy his fatherhood phase for a little longer or was all set to get back to work, Ankita retorted, "Yeh Hai Mohabbatien went off air in December. Exactly when we got Mehr. Luckily, Karan got good 6-7 months with her. Day in and day out, it's been a blessing. And now, mentally and physically he was wanting to go back to work. And Kasautii came at the right time for us. I am looking forward to seeing him on TV again." (Also Read: Vivek Dahiya Surprises Wife, Divyanka Tripathi Dahiya To Celebrate The Best Decision of Their Life) 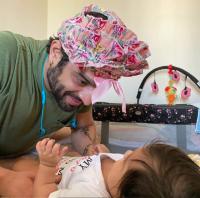 Are you excited to watch Karan as Mr Bajaj in Kasautii Zindagii Kay? Let us know!