Ankita Bhargava penned a heartfelt note for her 'chidiya', expressing how blessed she feels on having a daughter like Mehr Patel. Ankita thanks Mehr for choosing her as her mother.

Is my baby really one? How did this year pass by in a jiffy? Why is my baby growing up so fast? – When your baby turns one, you are bombarded with a flurry of emotions and thoughts. It is a day when every memory with your little one flashes in front of your eyes and you’re overwhelmed with the feelings of love, joy and amazement. The baby’s first birthday is the most festive milestone of childhood and it also marks the completion of one year of you, as a parent. Ankita Bhargava and Karan Patel completed one year of being parents as their baby girl, Mehr Patel turned one on December 14, 2020. (Also Read: Sushmita Sen's Beau, Rohman Shawl And Daughter Alisah's 'Concentration' Game Will Make You Nostalgic)

Time flies in the blink of an eye and December 14, 2020, marked Mehr Patel’s first birthday. To wish Mehr on her special day, good wishes poured in for the little one from her star parents, Karan Patel and Ankita Bhargava’s celebrity friends. Karan’s Yeh Hai Mohabbatein co-star, Anita Hassanandani posted a picture of Mehr and Ankita on her IG stories and wrote, “Happiest Birthday to this little one” atop it. TV actor, Shardul Pandit too, posted an unseen picture of the Patel family from Mehr’s birthday celebrations and wrote, “Since her mother prefers to not show her pretty face. Happy birthday #mehrpatel can’t believe you are a year old”. A day later, on December 15, 2020, Ankita Bhargava penned a heartfelt note for her chidiya, expressing how blessed she feels on having a daughter like Mehr Patel. Thanking Mehr for choosing her as her mother and sharing a picture of the birthday girl from her birthday celebrations, Ankita wrote, “Meri Chidiya, Thank you for choosing me as your Mother! I will do everything I can, AND MORE to be worthy of You. I pray to God that I get you as my daughter in all the lifetimes ahead too! Every cell in my body Loves You like crazy! Reach for the stars and make your own Constellation My Love! Godbless You Inna Saara! #happybirthday #14thdecember #latepost #firstbirthday #rabbdimehr A big shout out to @the.bubblegum.company @sachin113photographer I had envisioned this shot and u guys made it possible! It wouldn’t hv been possible without your efforts! Big Hug!” (Also Read: Kareena Kapoor Khan Shares Picture Of Her Favourite Boys, Saif Ali Khan, Ibrahim And Taimur Ali Khan) 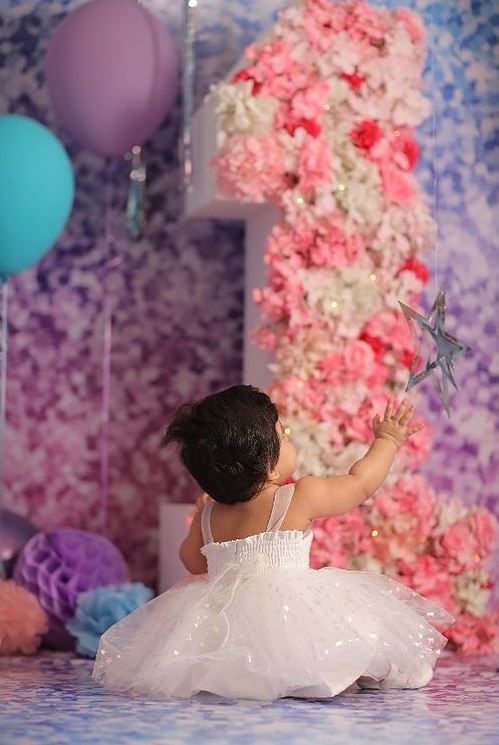 When Mehr Patel had turned 11-month-old, Ankita Bhargava posted a picture of her baby girl, posing with her eleven numbered birthday cake. Starting the birthday countdown, Ankita had captioned the post as “And the countdown begins... It feels like it was just yesterday that we brought you home! And now you are #11months already! Every single day ever since, I have just been so grateful and content that i cant stop thanking god for his Kindness! You make me wanna be good, better and The best at everything I do now! Never knew that you can find motivation in your children too! #countdowntofirstbirthday #11months #babygirl #cantwait #excited #godiskind #love #happiness #daughtersarethebest #saggigirl” 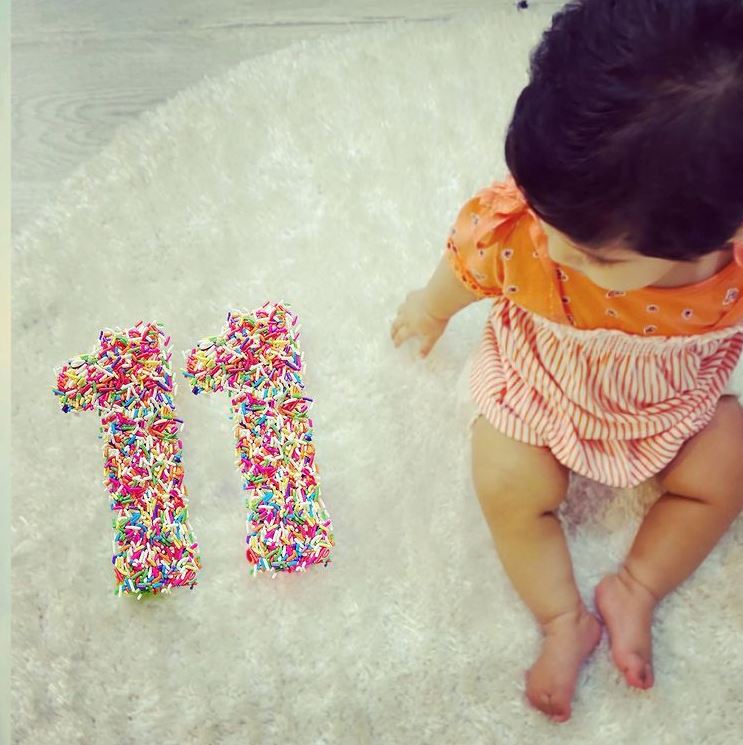 Ankita Bhargava is one such TV actress, who never shies away from speaking her heart out and sharing her experiences with her fans. A few days back, Ankita had posted twinning pictures with her baby girl, Mehr Patel and was trolled for not showing the face of her daughter. In a perfect reply to the negative comments and trolls, Ankita had posted a picture, which had “Excuse me! Ye lijiye aapki soch. Mujhe giri hui mili thi” written on it. Ankita had captioned the picture as “Ye Lijiye! #saynototrolls #trollthemback #whystaysilent #enoughisenough.” 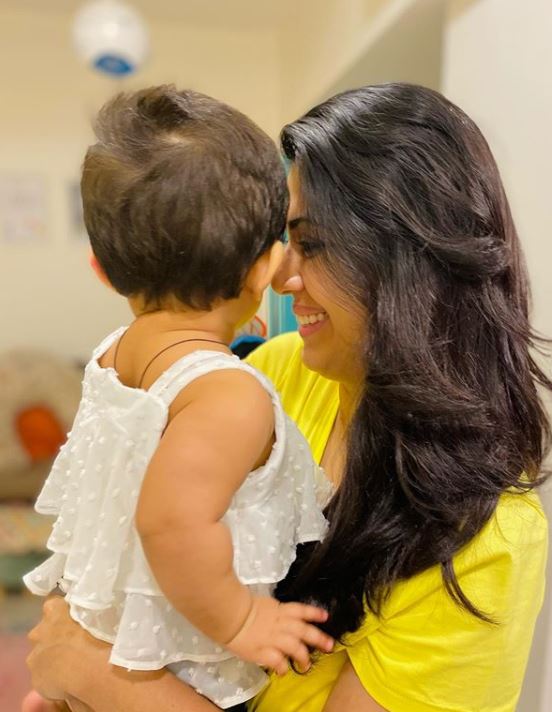 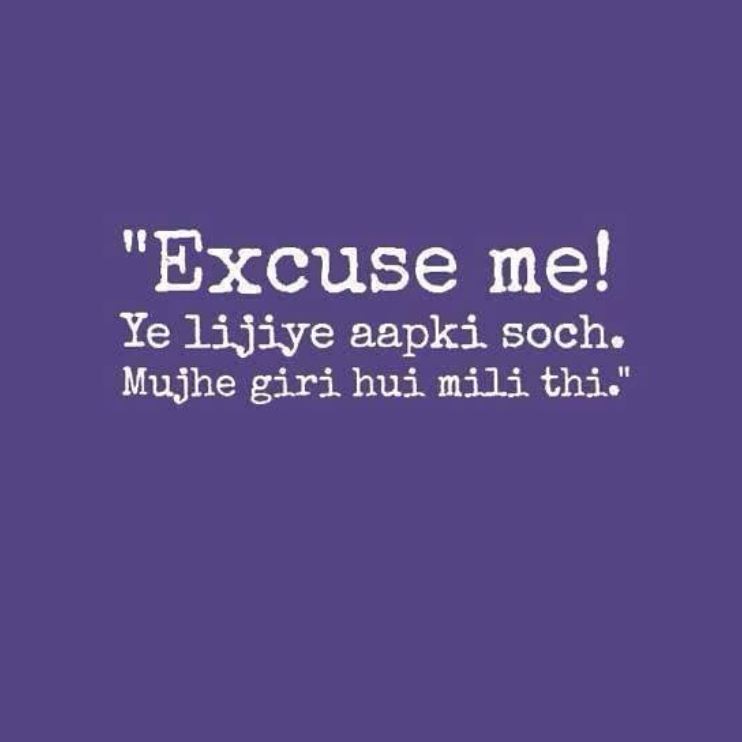 Before embracing parenthood for the second time in December 2019, Ankita Bhargava and Karan Patel were already parents to their fur baby, Naughty Patel, a chocolate brown Labrador born in 2015. On June 2, 2020, Ankita had posted a picture with both her babies and revealed how newborn Mehr Patel adores her Naughty bhaiya. Ankita had captioned her post as "Naughty Mehr. Cos she adores her Naughty Bhaiyya! She keeps looking for him, she keeps looking at him, she keeps cooing to him, she keeps touching his fur,She keeps smiling at his Tail, she gets excited when he sneezes... Her #bestfriend Her Naughty Bhaiyya!"  (Also Read: Ahil Sharma And Ayat Sharma Celebrate Cousin, Nirvan Khan's Birthday, Arpita Khan Shares Glimpses) 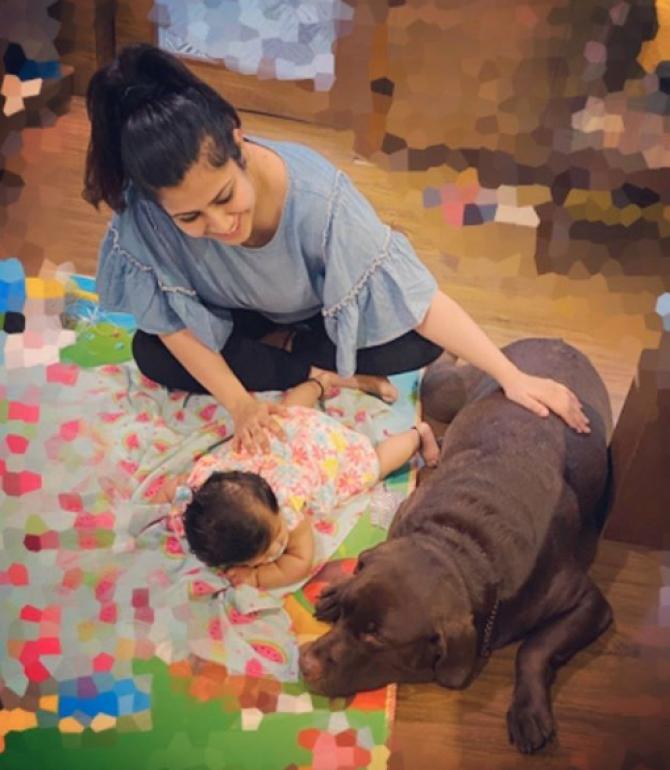