Ankita Bhargava posted a family picture with hubby, Karan Patel, daughter, Mehr Patel and pet, Naughty Patel in the frame, spending quality with each other, and penned a note on its importance.

It was in 2019 when Ankita Bhargava and Karan Patel had embraced parenthood for the first time and welcomed a rainbow baby in their lives, making it even more beautiful. Their lives became brighter with the arrival of their angel, Mehr Patel and since then, there are a lot of changes that the couple had made in their lifestyle, for the well-being of their daughter. With Mehr’s arrival, Ankita and Karan became a ‘Fun’ily and quite frequently, the influencer mom gives an insight into the parenting of their daughter and how they are inculcating good habits in her. (Also Read: Karan Johar Spreads 'Power Of Love' With Hiroo Johar, His Twins, Yash And Roohi Johar Steal The Show)

When Mehr Patel had turned one on December 15, 2020, Ankita Bhargava penned a heartfelt note for her chidiya, expressing how blessed she feels about having a daughter like her. Thanking Mehr for choosing her as her mother and sharing a picture of the birthday girl from her birthday celebrations, Ankita had written, “Meri Chidiya, Thank you for choosing me as your Mother! I will do everything I can, AND MORE to be worthy of You. I pray to God that I get you as my daughter in all the lifetimes ahead too! Every cell in my body Loves You like crazy! Reach for the stars and make your own Constellation My Love! God bless You Inna Saara!” A few hours ago, Ankita Bhargava posted a family picture with hubby, Karan Patel, daughter, Mehr Patel and pet, Naughty Patel in the frame, spending quality with each other. In the picture, Karan can be seen drawing on a notebook as Mehr and Ankita watched him. Speaking on the importance of putting a child above mobile phones, Ankita began her caption with “MOBILE PHONES and PARENTHOOD! We had decided as a Family to always put MEHR over and above our MOBILE PHONES! Yet it is a task to stay on track everyday! And to avoid picking up the phone while spending time with Mehr! Yes, we slip every once in a while! But We conciously keep reminding each other to put the phone down if anyone of us is found surfing randomly or picking up a non-work & not so urgent calls around Mehr! We are learning and getting better at prioritising! Trust me it is a daily battle cos of the kind of an addiction our Mobile phones have become! Also since all the work now happens thru them too!” 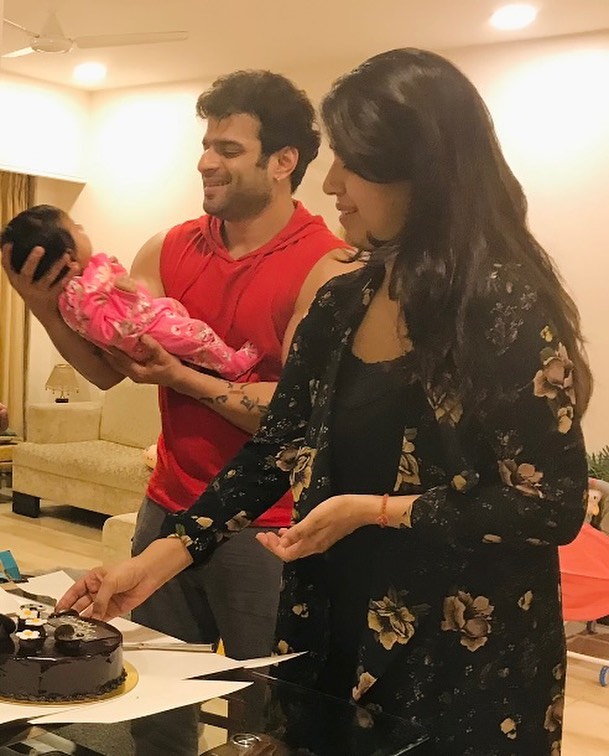 Giving a suggestion to all the parents out there and asking them to make their kids feel and believe in the words, ‘you mean the world to us’, Ankita Bhargava concluded her note with “So let’s not pick all not so urgent calls, Chat away to glory and reply to all msgs while spending time with our babies and make them feel and believe that - When We Say That They Mean The World To Us, We Actually Mean It! P.S- I suggest start with a 20 min Mobile free session with ur baby, Just do a couple of activities together while ur phone is kept away somewhere! Try it! #motherhood #motherdaughter #motherhoodunplugged #motherhoodjourney #motherhoodthroughinstagram #mammawarriors #mombloggerindia #mominfluencer #parents #parenting #parenthood #mominfluencerindia.” 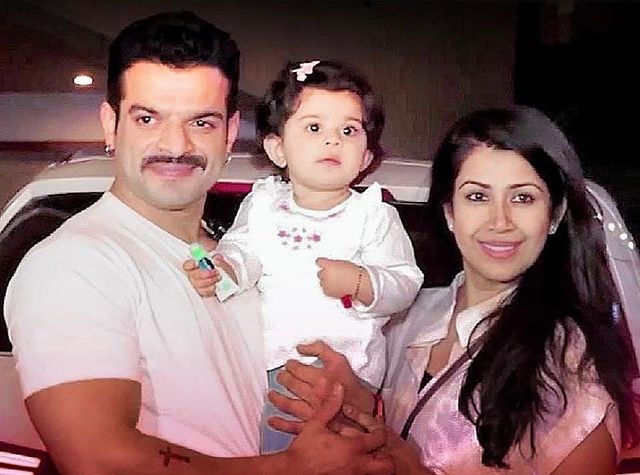 It was a few days after Mehr Patel’s first birthday when Karan Patel had given a partial glimpse of his daughter’s face and it had melted our hearts in split seconds. In the picture, Mehr had excitedly and admiringly looked at Karan’s face as it was covered with his hoodie. Karan had captioned the picture as “Even with my eyes closed, all I see is only you my love .... #DaddyDaughterThing #RabDiMehr #MehrKaranPatel.” A day after this post, Ankita Bhargava introduced Mehr to the world with a family picture and it was adorable beyond words. She had written, “THIS IS US I just recovered from the Mini Heart Attack I got yesterday when @karan9198 took me by a ‘Shocking Surprise’ and posted Mehr’s picture! However, I think I needed that one jolt to gain some mental strength to start over coming my inhibitions! Starting slowly yet steadily now! I Thank you all for your Blessings, Patience and Kindness all throughout this year! Here She Is.... Rabb Di Mehr” in the caption. (Also Read: Namrata Shirodkar Shares A Throwback Boat Riding Picture With Sitara From One Of Their Vacations) We couldn’t agree more with Ankita as it is important to spend mobile-free quality time with your kids because their childhood will never come back.