Telly town is abuzz with wedding bells, and the recent one to join the brigade is 'Manmohini' fame, Ankit Siwach, who is soon going to tie the knot with his longtime girlfriend, Nupur Bhatia. 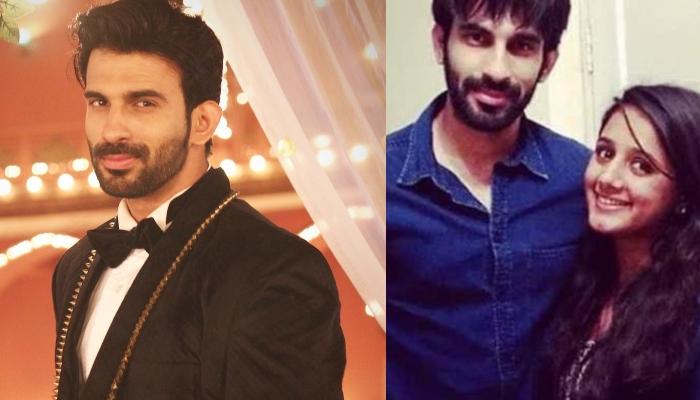 Weddings in India is not just a union of two souls, but it is rather a grand celebration that lasts for more than three days, depending upon the budget (if you know what we mean). From your chacha-chachi to long-lost aunties, everyone excitedly attends the celebrations and play their role as wedding guests. We love marriages that are arranged by families but there is a lot more beauty in love marriages. Like we all wanted to meet someone with whom we share chemistry and not someone with whom we hope on falling in love someday. And television actor, Ankit Siwach of Manmohini fame is from the former category. (Recommend Read: Kangana Ranaut Is All Set To Marry Her Boyfriend, Reveals Details Of Her Would-Be-Husband)

Ankit Siwach had met the love of his life, Nupur Bhatia when he didn't even know the meaning of soulmates and love. As the years went by, the two became best friends. From fighting with each other to fighting for each other, somewhere they fell in love. Before we take you further into the story, let us tell you that Ankit Siwach was earlier rumoured to be in a relationship with his co-star, Mahima Makwana. However, Mahima had strongly denied all such rumours and had revealed that she shares a good bond with him. 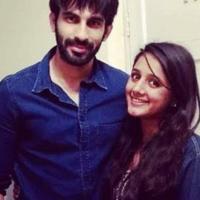 Coming back to Ankit and Nupur's love story, the duo is soon going to change their relationship status. They are soon going to tie the knot on February 4, 2020. In an interview with the Bombay Times, Ankit opened up on his relationship and shared that the marriage and pre-wedding rituals are going to be a close-knit affair which will be held at a resort in Uttrakhand. He also stated that he will be planning a reception in Mumbai and a wedding party in Meerut (his hometown) for his friends and colleagues. 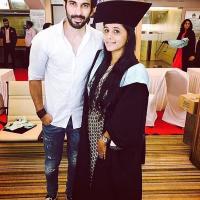 Ankit also talked about his soon-to-be-missus, Nupur, who is a senior marketing manager at a multinational company. He shared how love brewed between the two and said, "Nupur and I have been classmates since kindergarten and friends for almost 20 years now. In our case, the dialogue, ‘Pyaar dosti hai’ (from the 1998 Bollywood hit, Kuch Kuch Hota Hai) is true. We have already spent almost a lifetime together, witnessed the highs and lows with changing circumstances, and accepted each other the way we are. There were times when we were in different cities, even different countries for some time, but we stood by each other through everything. We have come a long way and I am happy that this beautiful relationship is culminating in marriage. I am both nervous and excited to take this step with Nupur." (Also Read: Charu Asopa Sen Repeats Red Saree Gifted By Her Sister-In-Law, Sushmita Sen, Flaunts It With Chooda) 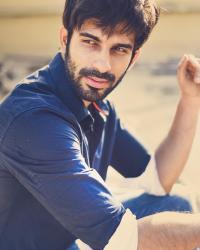 Ankit further shared that like every other relationship, they too had their share of storms, but despite it all, they stood the test of time. He shared, "There was a time when, as individuals, we went through major changes because of our professions. The way we looked at life was totally different; our approaches were poles apart. I believe everyone hits that low phase in life, which gradually passes, and it all depends on how you emerge out of it. Looking back, I think that the turmoils we faced have helped our relationship become stronger." 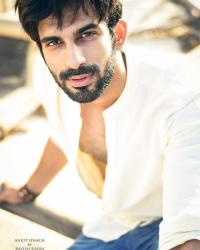 In the same interview, Ankit also revealed that the uncertainty of his profession was never a concern in his relationship with Nupur. He beautifully shared his perspective and said, "I have always got my space, even before I joined the industry. Having said that, lifestyle changes and entering a new, unknown space (industry) did affect me. Initially, my insecurities as an actor, and the battle to prove myself created a bubble around me. I could not feel anything except my desire to be an actor; I was very vulnerable. But thankfully, Nupur and I survived that phase, too, and we have both come to the conclusion that acceptance is the only solution. Accept life the way it is — good or bad. What matters is that it should be taken care of, together." 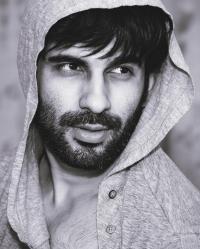 It was in February 2018 when the rumours of Ankit dating Nupur had made it to the headlines. When SpotboyE had contacted Ankit to take a scoop on it, the actor had denied all such claims and had said, "Nupur is close to me; we are childhood friends. And maybe, that's why people link us." (Don't Miss: Ex-Couple Sussanne Khan And Hrithik Roshan Welcome New Year Together, Kids And Family Accompanied)

Well, we cannot wait to see Ankit and Nupur's wedding pictures! What about you?