Anita Hassanandani Shares A Video Of Her Son, Aaravv, Right After His Birth, Revealing His Weight

Anita Hassanandani Shares A Video Of Her Son, Aaravv, Right After His Birth, Revealing His Weight

To wish her husband, Rohit Reddy on his birthday, Anita Hassanandani shared a video of the couple with their son, Aaravv, right after his birth, revealing his weight!

Anita Hassanandani and Rohit Reddy had teased their fans for months with their pregnancy speculations and had later announced the same with a super cute video. Narrating their journey from being girlfriend-boyfriend, proposal, marriage and finally to-be parents, the couple had shared that they were expecting their first baby in the month of February 2021. After a long wait and lots of cutesy pregnancy stories, Anita and Rohit were blessed with a baby boy on February 9, 2021.

Yes, it was on February 9, 2021, when Anita Hassanandani and Rohit Reddy had donned the cape of parents as the actress had given birth to their baby boy. But it was on February 21, 2021, that the newbie parents had finally introduced their little wonder to the world with the cutest video. In the video montage, we could see a large bomb painted on Anita’s baby bump and as the bomb had exploded, their newborn son, Aaravv Reddy could be seen peacefully sleeping in his mother’s arms. While Anita had captioned her post as “And our baby AARAVV has arrived 9/02/2021”, Rohit had written, “AARAVV has arrived! #firstglance”.

Soon after the birth of Aaravv, Rohit and Anita had shared many videos and pictures on their respective IG handles, expressing their infinite happiness. However, they had hidden their baby from the world back then. Now, as it is Anita’s husband, Rohit’s birthday, the actress has shared an adorable moment shared between her and her husband, right after the birth of their baby boy, Aaravv. In the video, we can see Anita holding their then-newborn son in her arms, as the newbie daddy was standing right behind them and the doctors can be heard discussing their baby’s weight. Well, right after the birth, Aaravv had weighed 7.5 pounds, i.e., 3.4 kgs. Sharing the video, Anita wrote, “Your birthday gift @rohitreddygoa @aaravvreddy.” 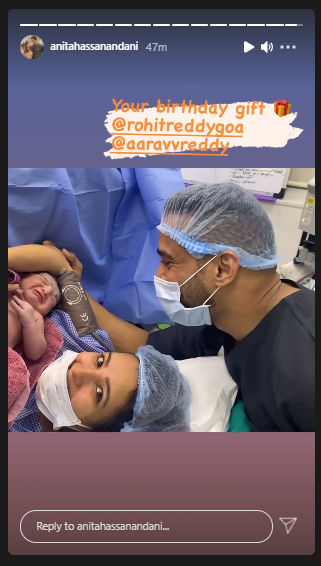 Anita and Rohit often share glimpses of their parenthood journey with their baby boy. On March 5, 2021, they had taken to their son, Aaravv's IG handle and had posted a super cute picture of him. In the candid photo, Aaravv had looked just like his daddy, Rohit as he had cutely smiled. The picture was captioned as "I know I look like my dad @rohitreddygoa. But I love you more mom." On this, Rohit had instantly commented, "Caption posted by @anitahassanandani (Obliviously). 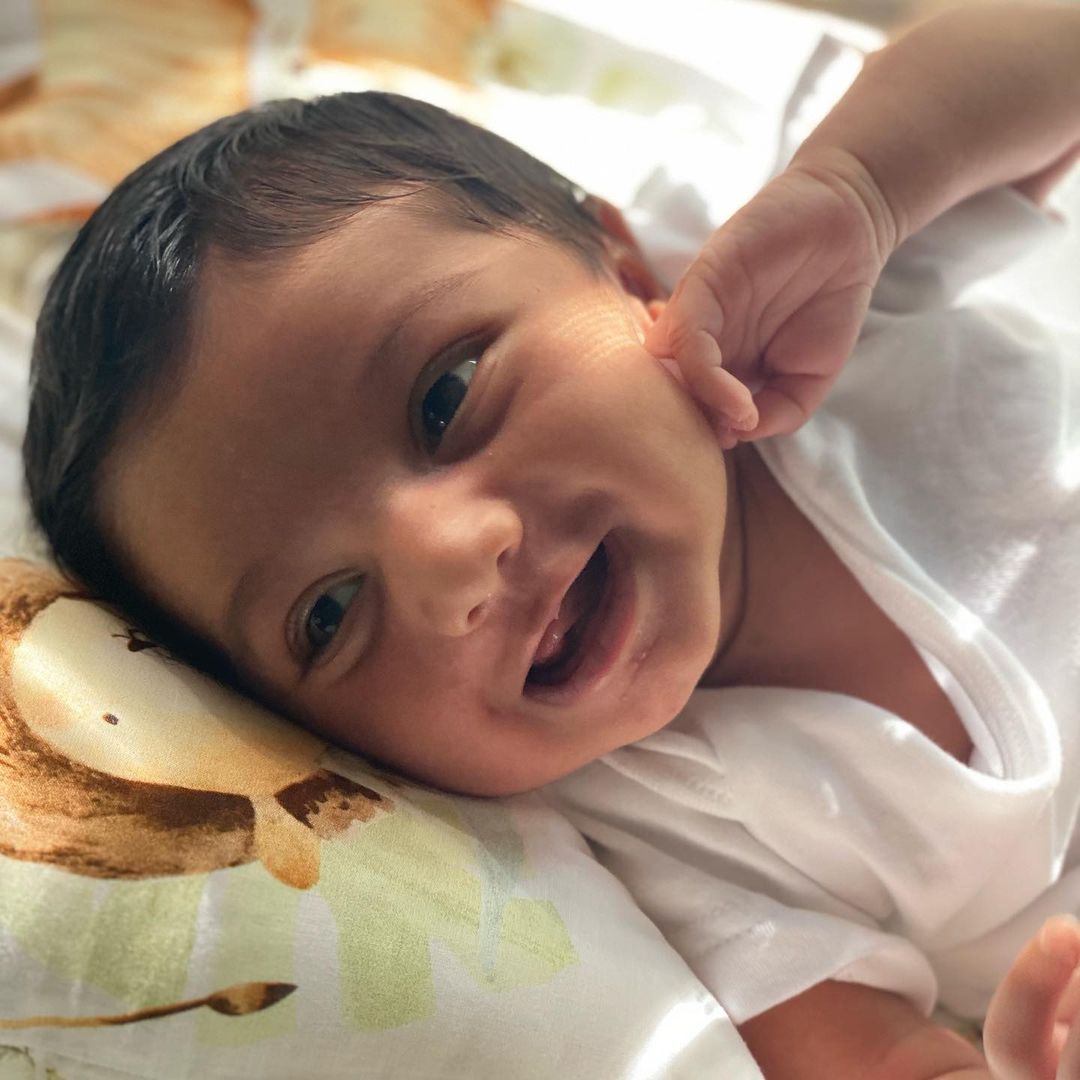 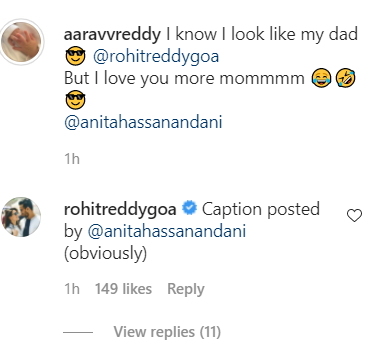 Well, Anita too believes that their baby boy looks like his father and she had said it when she had seen him for the first time after his birth. On February 11, 2021, Anita's hubby, Rohit had taken to his Instagram handle and had shared a beautiful video of their baby's birth. In the video, we could see Anita looking adorably at their baby while Rohit was standing right beside her. Anita could be heard saying, ‘His nose is like yours’ and their elated faces had filled our hearts with happiness. Along with it, Rohit had written, "Copy Paste!" in the caption.

Post the birth, on February 10, 2021, the newbie daddy, Rohit had shared the first glimpse of his baby boy on his Instagram handle. In the picture, we could see Rohit's baby boy, Aaravv's cute hand holding his finger. Later, when the baby boy was one-week-old, Rohit had shared a mesmerising video of his son trying to hold his daddy’s hand on his IG handle. In the video, we could see the tiny fingers of the baby, trying to hold the finger of his daddy as if he was trying to ask him to stay by his side always. Rohit had captured this beautiful moment and had shared it on his IG handle with a caption, “Tiny tiny precious moments!!”

You May Also Read: Anita Hassanandani Pens A Lovely Birthday Wish For Rohit Reddy With Glimpses Of Their Lovely Moments 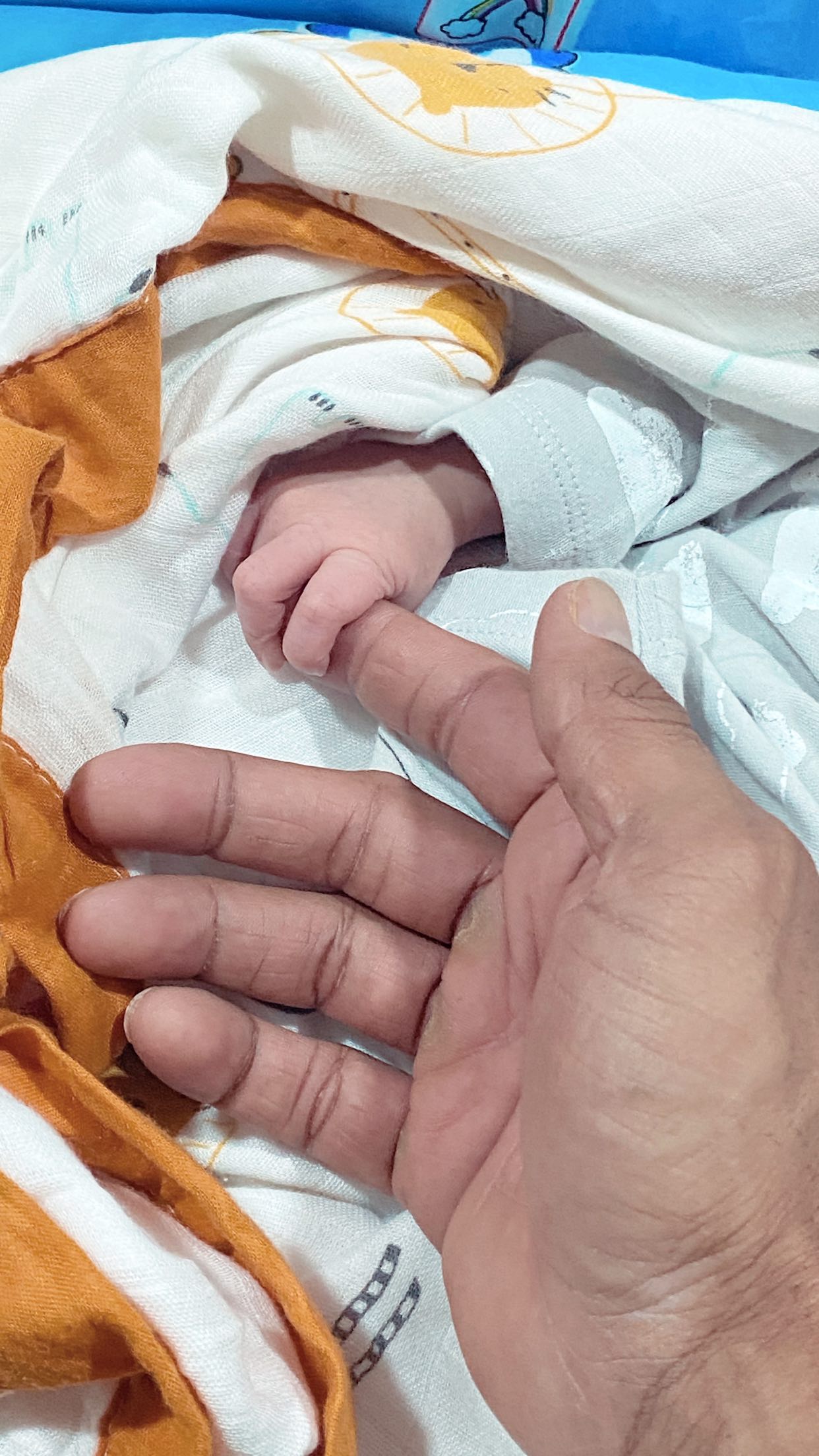 We are sure there is no better birthday gift for Rohit Reddy than his son, Aaravv Reddy! 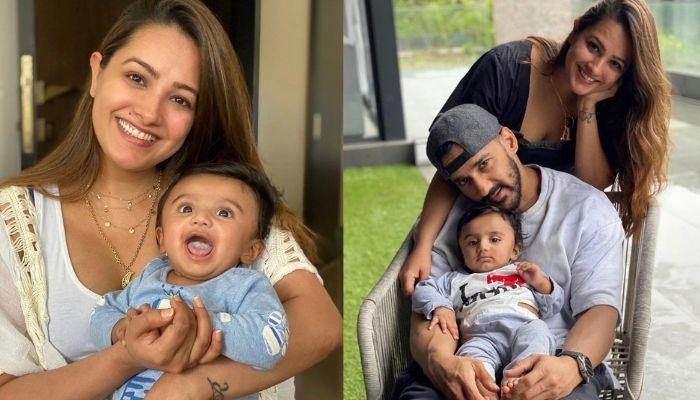 When you are blessed with a baby, you wait for the day when they will call you maa-papa or mom-dad. The day has finally arrived in Anita Hassanandani’s life as after many efforts to ensure that her baby boy, Aaravv says mamma first, he has finally fulfilled his mom’s wish. With