Television actress, Anita Hassanandani shared a cute video with her baby boy, Aaravv Reddy and also made a special request to him. Check it out!

Television actress, Anita Hassanandani is on a sabbatical after the birth of her little boy, Aaravv Reddy. The gorgeous mommy often shares adorable pictures with her baby boy. However, whenever Anita posts a picture with her baby, fans often comment that her son looks exactly like daddy, Rohit Reddy. Recently, Anita shared a super cute video with her baby, Aaravv and penned a sweet note.

For the uninitiated, Anita Hassanandani and Rohit Reddy had gotten blessed with parenthood on February 9, 2021. After the wait of three days, Anita had shared the first family picture with their little prince. She had bared her heart out on being a mother in the caption.

Recommend Read: Anita Hassanandani And Rohit Reddy Have A Quirky Door Sign That Every New Parent Would Relate To On September 20, 2021, Anita took to her Instagram handle and posted a cute video with her baby boy, Aaravv. Alongside it, Anita revealed that her son might look like his father, Rohit, but she wants him to speak 'mamma' as his first word. The actress wrote, "You look like papa, but your first word has to be "MAMA". Pls, mamma bol bhi de." Check it out below:

Anita loves sharing glimpses of her baby boy. For instance, in June, Anita had shared a video of her baby boy, Aaravv, when he was three days old. In the video, we could see Aaravv sleeping peacefully in her mommy's arms, and Anita gave a peck on his cheeks. Alongside it, she had written, "My little one when he was 3 days old", in the caption.

Recently, Anita and Rohit had purchased a brand new luxury car. However, the car was even more special as the brand new car's number plate is their son's birth date. Sharing the picture on her IG stories, Anita had written, "@AaravvReddy's birthday, most excited about this." 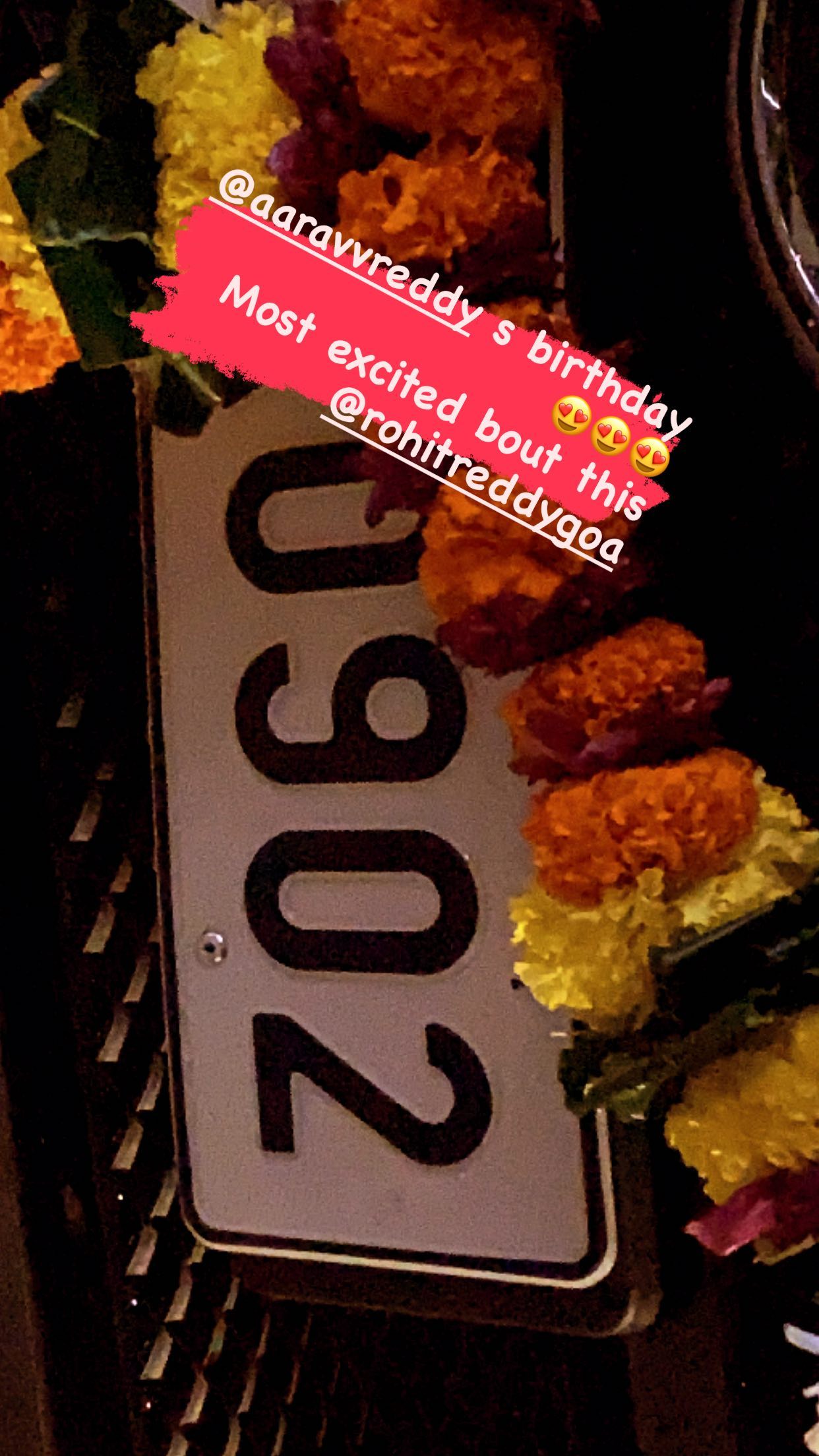 On the work front, Anita Hassanandani was last seen in Naagin 5

Anita Hassanandani Reveals Her Son, Aaravv Reddy's Favourite Song, Dances With Him In A Cute Video Television actress, Anita Hassanandani revealed her baby boy, Aaravv Reddy's favourite song, which he can listen to on loop. Ever since Anita had hopped on the journey of motherhood, her IG feed has been cutely hijacked by her little wonder boy, Aarav. From sharing his inside the tummy pictures to