Anita Hassanandani and hubby, Rohit Reddy have won many hearts with their performances at the dance reality show, ‘Nach Baliye 9’. Post the show, the duo have flown off for their much-needed vacation. 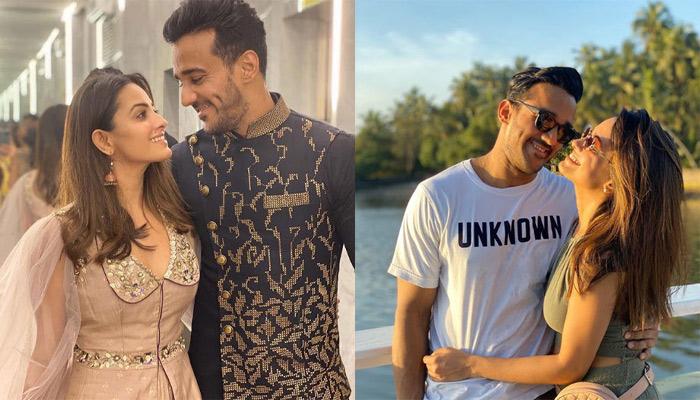 Have you ever been in a moment when you look at a couple and your heart just screams ‘match made in heaven’? No? Well, we have! A mere look at the madly-in-love couple, Anita Hassanandani and her hubby, Rohit Reddy has made us believe that perfect couples do exist. They are the epitomes of a perfect relationship, perfect marriage and perfect husband and wife. Anita and Rohit are one of the most endearing and loved couples of the television industry. They are not only the perfect couple, but are also each other’s best friend, support system, pillars of strength and make for a perfect team. (Recommended Read: Kareena Kapoor Khan Receives A Special Gift From Her Fan In Melbourne And It's The Best One Ever)

Do you know that Rohit Reddy was unaware that Anita Hassanandani was an actress when they had met? Yes, you read that right! Rohit and Anita used to go to the same gym and he was blown away by her looks and beauty but was unaware that she was a famous television actress. He had once spotted her outside a pub and had approached her and after their brief encounter, they had added each other on Facebook and had talked over chats. Anita was flattered by his dimpled look, gentleman etiquette and not to forget, his perfect physique. After realising their love for one another, the duo had tied the knot on October 14, 2013, in Goa. 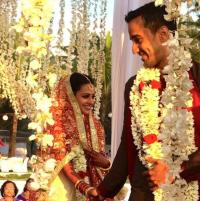 Anita Hassanandani and Rohit Reddy had participated in the dance reality show, Nach Baliye 9 and had left everyone awestruck by their perfect chemistry and performances and were announced the first runner-up of the show. Rohit and Anita had celebrated their wedding anniversary on the sets of Nach Baliye and due to the hectic shooting schedules, they didn’t get time to spend some quality time. And now that the show is over, the duo have jetted off to their favourite location, Goa for the much-needed vacation. Rohit and Anita have been sharing their vacation pictures and it makes us want to pack our bags and take a break. Take a look at the mushy pictures: 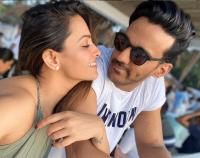 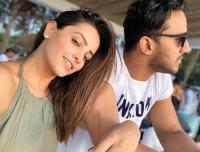 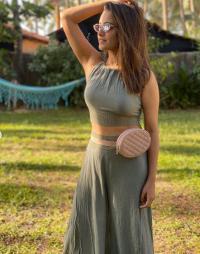 The month of October 2019 had marked 10 years of togetherness for Rohit and Anita. And to mark the beginning of the special month, Rohit had taken to his Instagram and had shared a lovely picture with his ladylove and had captioned it as “This month marks our 10yrs of togetherness! You still inspire me everyday baby and make me want to be a better person! Love you tons!” On October 14, 2019, Anita and Rohit had celebrated their 6th wedding anniversary and to commemorate the same, they had posted lovely wishes for each other on social media. While Anita had posted a Boomerang and had written, “HusbandGoals PartnerGoals LoverGoals BoyfriendGoals FriendShipGoals and newly “DancerGoals”! My Baliye forever and coming 7 Janams @rohitreddygoa Happy 6th anniversary. the first time we in Bombay on this day and not travelling. lots of making up for it to do LoveYou”, Rohit had captioned his anniversary post as “To the best 6yrs of my life! Happy Anniversary babylove! Let’s stay mad forever!” (Suggested Read: Karanvir Bohra And Teejay Sidhu Celebrate 13th Anniversary With Twins, Bella-Vienna's Birthday Bash) 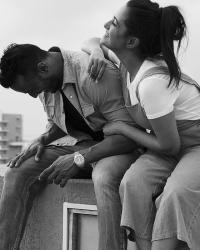 Rohit Reddy, in an interview with the Deccan Chronicle, had once revealed how the duo had met and how he had no idea that Anita was an actress. He had revealed, “I had seen her in the gym and fell for her stunning Indian looks. Then one day I saw her outside a pub, waiting for her car and decided to approach her. I went like a hero and approached her with the corniest lines she was startled. That was a brief encounter; I followed it up with a message on Facebook. I had no idea she is an actor, as all I ever watched on TV was news. My mom is a TV addict and knew all about her.” 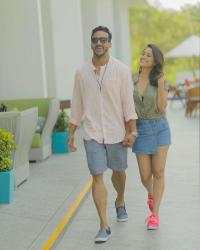 Nach Baliye journey for the duo was much awaited as they have thought of starting their family right after the show. In an interview with BollywoodLife sometime back, Anita had revealed her plans about extending her family with hubby, Rohit and had revealed, “Absolutely. That was the whole plan. Nach Baliye is a journey that you can't do after a child. It gets a little difficult. Or you have to wait for your baby to grow up. So (we decided) after Nach Baliye we plan to have a baby. I have been busy with two TV shows, and workwise, I wanted to be free when I have a child. I don’t want a hectic work schedule when I get pregnant.” 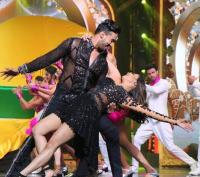 During the same interview, Anita had shared the whole idea of participating in the dance reality show and had stated, “For any TV actor, Khatron Ke Khiladi, Jhalak Dikhhla Jaa, and Nach Baliye are the shows that are inadvertently part of their bucket list. I have ticked the other two. And this (Nach Baliye) has always been pending. Every year, I'd tell my Baliye to participate and he would always say no. I think with this show, we'll get to know a new side of each other. That was one of the main reasons for doing it. Like I didn't know that he is such a go-getter. I didn't know that when it'll come to dance, he'll be like 'I'm going to do this'. This passionate side of him towards something that is not even his comfort zone, is a surprise to me. I'm loving this side." (Do Read: Shah Rukh Khan And Gauri Khan 'Squeeze Memories Into One Frame' With Aryan, Suhana And AbRam Khan) 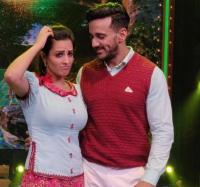 We love Anita and Rohit's vacation pictures! What about you? 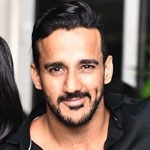