Anil Kapoor's wife, Sunita Kapoor is celebrating her 65th birthday today on March 25, 2019. The doting husband has the sweetest birthday message for his wife with a photo of their younger days. 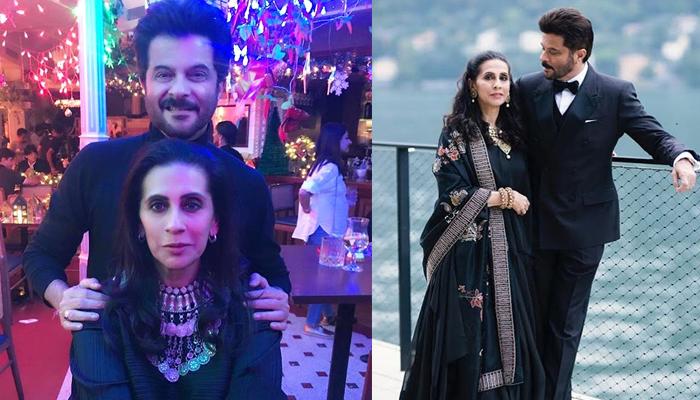 On May 19, 1984, Anil Kapoor got married to his belle, Sunita Kapoor. It’s been 35 years since they have been married and with each passing day, their love is only getting stronger. Today, Anil Kapoor has three most beautiful women in his life- his wife, Sunita Kapoor, and their two daughters- Sonam Kapoor and Rhea Kapoor, and yet it’s his wife, Sunita who is the reason behind his incredibly successful career. (Don't Miss: Bollywood Legend Anil Kapoor And His Wife Sunita's Love Story Will Make You Believe In True Love)

Anil Kapoor has reigned the Bollywood industry like how in a career spanning over four decades. And has been closely working with many gorgeous ladies of the industry. In spite of that, by his own admission, he has only loved his wife, Sunita. He had once said, “I got a lot of opportunities to fall in love and out of it, as I worked with many beautiful stars, but I thought to myself whether I wanted 2 minutes of joy or a lifetime of happiness. I am extremely happy with Sunita.” 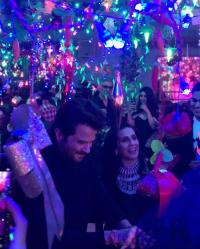 Sunita Kapoor is celebrating her 65th birthday today on March 25, 2019, and the doting husband has the sweetest birthday message for his wife. Sharing a couple picture from their younger days, Anil Kapoor has captioned it, “This is what being young and in love looks like! Every day of my life is made better because of her...Happy Birthday @kapoor.sunita! You are the reason for everything! Isn’t she just flawless? I am so lucky! Love you!” 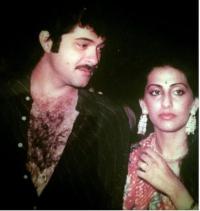 Sunita Kapoor's doting daughter, Rhea Kapoor has also shared a lovely birthday post for her mother. Sharing the following picture, Rhea has written, "Happy birthday to my conscience, Oracle and constant challenger. I know you keep me grounded, sane and make me a better person. I don’t know how they do it but moms make you fly and put you in your place at the same time.  I love you mommy happy birthday!." 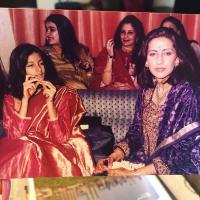 Anil Kapoor had recently opened up about his love story with Sunita Kapoor to the Humans of Bombay page. Reminiscing how his love story started with a prank call, Anil was quoted as saying, “A friend of mine gave Sunita my number to prank call me––that’s when I first spoke to her and fell in love with her voice! Soon after, we met at a party––there was just something about her. We started talking and became friends. We used to discuss this other girl I liked - you know, if I like her or she likes me? Then suddenly that girl vanished, leaving me heartbroken – our friendship strengthened because of that! Little did I know that Sunita was the one all along – we started dating organically. It’s not like in the movies––I didn’t ask her to be my girlfriend––we both just knew.” (Must Read: MS Dhoni Asks Ziva Dhoni 'How Are You' In Five Languages, She Can Give You Linguistics Lessons) 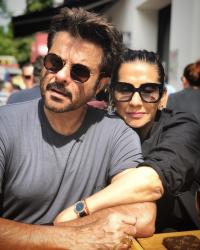 Anil had further added as to how Sunita has always been his constant support and his pillar of strength. The 66-year-old actor had shared, “She was from a liberal family––a banker’s daughter with a modelling career and I was bekaar! She didn’t care who I was or what my profession is - none of it mattered! I lived in Chembur and she lived on Nepeansea road – it took me an hour to reach by bus. She would start screaming, ‘No come fast by cab!’ and I’d say ‘Arrey I don’t have money’ then she’d say ‘Just come na’ and pay for my cab!” 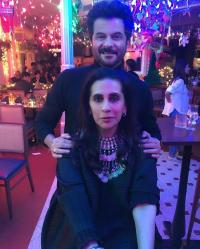 He had further added, “We dated for 10 years––we travelled and grew together. She was always clear that she won’t enter the kitchen. If I said ‘cook’ I’d get a kick! I knew I needed to become something before asking her to marry me. I went through the struggle of not getting work, but she supported me unconditionally.” 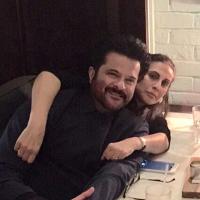 Speaking about 45 years of their friendship and love, Anil went on to say, “Honestly, she knows me better than I know me. We’ve built our life; our home together. We’ve raised 3 kids and been through ups and downs. But I feel like we’re finally dating now – romantic walks and dinners have just begun! We’ve been together 45 years––45 years of friendship, love and companionship. They don’t make people like her anymore. She’s the perfect mother, perfect wife and the reason I wake up every morning, motivated. You know why? When I ask her, ‘Arrey, yesterday only gave you so much money’ she says, ‘Woh sab khatam ho gaya...it’s all finished!’ and I jump out of bed and run to work!” 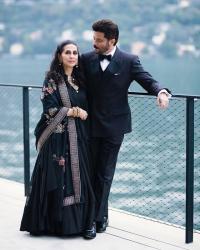 In another interview, Anil had once said that the secret to his happy marriage is his wife, Sunita. The Fanney Khan actor had retorted, “I am blessed that I got to spend my life with my friend, who first became my girlfriend, and then my wife. The film industry is a tough place to be in. You are constantly in the media glare. Plus, there are so many temptations out there all the time. But the secret to my happy marriage is Sunita. She is the one who has made it work, and tolerated all my eccentricities.” (Also Read: Esha Deol And Bharat Takhtani's Baby's Day Out With Daughter, Radhya, Her Pregnancy Glow Is Evident)

How did you like Anil Kapoor's birthday wish for wifey, Sunita Kapoor?