Anil Kapoor and Sunita Kapoor got married 35 years back in 1984, and recently, the two celebrated their wedding anniversary. Now, the actor has revealed an interesting incident with Sunita. Checkout! 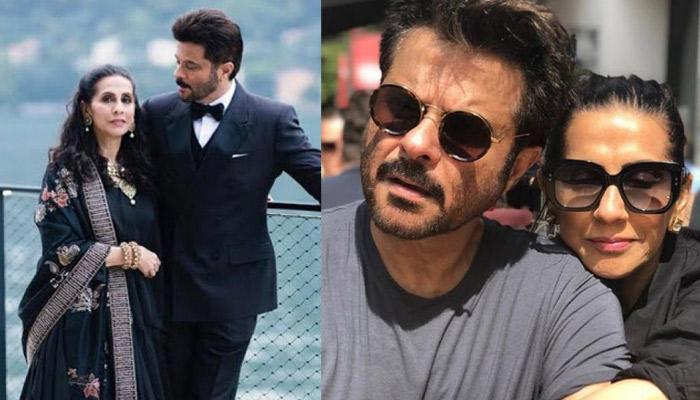 “When you realise you want to spend the rest of your life with somebody, you want your rest of the life to start as soon as possible” – isn’t this so true? All the girls might have rolled here and there on the bed thinking about their prince charming. On the other hand, many guys would have written songs that they would sing when they meet their dream girl. Such is the story of every one of us until we find that one perfect connection! But Anil Kapoor and his lovely wifey, Sunita Kapoor are lucky enough to have found each other. (You May Also Check: Shah Rukh Khan Teases Wife Gauri Khan After Her Success Tips Get Published Online, Check Inside)

On May 19, 2019, Anil and Sunita completed 35 years of their blissful married life. And ever since, they have been married, they are only outlaying some serious marital goals. Both of them have been commendably doing their respective jobs. If Anil has been doing movies, we know how he has swayed us all with every movie of his. On the other hand, Sunita’s role as a homemaker has been amazing!

In an interview with the Hindustan Times, Anil Kapoor had talked in length about his marriage with Sunita, choosing between love and career, and much more! On being asked what the story behind their marriage is, Anil was quoted as saying, “I fell in love with her voice first. I thought ‘oh God, what a beautiful voice yaar, kya English bolti hai, pronunciation is so well’. I met her for the first time at Raj Kapoor’s house. She was so attractive, and if I may say, sexy also… she wore these gogo glasses, which are big, round and rimmed. Then we started chatting on the phone, and our friendship grew. First, it was a very platonic friendship, which developed into love. I started missing her when she wasn’t around. I had to speak to her, I felt a vacuum. I would travel by buses to meet her.”

Further, when he was questioned as to what made him take the plunge with Sunita, Anil retorted, “When I felt that I will be able to financially support her. She had made it clear ‘I won’t go in the kitchen; I am not going to cook for you’. I never expected her to cook for me. I thought I should have a lot of servants, and a good chef in my house. I am a Punjabi; I am fond of food. Also, another point was that when I felt I can have a home. All my life, I was happy, we lived in a rented home. When I was a kid, my family stayed in a small little place. Then one room, and then two-bedroom hall. But all of them were rented, we could never afford to buy it. I needed a chef, a cook, and then I proposed to her and we got married.” (Also Read: Kareena Kapoor Khan Plays With Saif Ali Khan's Moustache, It's Every Millennial Couple Goals Ever) 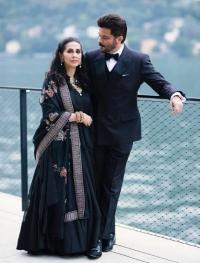 It was when the journalist asked Anil that why Sunita is media-shy, Anil quoted an incident wherein he had almost fell on her feet, asking her to click a picture for a magazine cover. In Anil’s words, “She’s not media shy, she just doesn’t speak to the media. She wants to lead a normal life. I respect her decision, but sometimes, that went against me. I also wanted to project myself in front of the public, have a few (magazine) covers done (that said) ‘HAPPY FAMILY’ ‘ANIL KAPOOR’S WIFE’. Maine badi koshish ki ‘I am getting this cover, that cover’, almost fell at her feet ki ‘photo lele yaar’. What to do?” 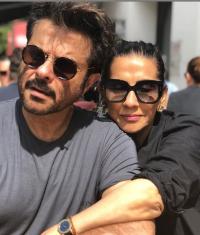 In the same interaction when Anil was asked if he ever got dissuaded to get married as a young actor, he replied, “I was dissuaded, (people said) it was hara-kiri for me to get married. I came to a situation where I was at crossroads — career or love. I had started getting work, but everyone said ‘you are doing well, and your career has just started. You are climbing the ladder of success, and now that you are getting married, you are going to come down.’ I had to make a choice — either come down or get married. I said I don’t mind coming down, but I will not sacrifice… she’s more important for me. It’s a fact, I am not faking it.” (Checkout: Raj Kundra Thanks Shilpa Shetty For Making Him A Proud Father, Wishes Son Viaan On His Birthday)

Further, when Anil was questioned that he was busy working in the films and she had always taken good care of the home and their children, Sonam, Rhea and Harsh, Anil shared, “She was not one of those wives, she was always working. When we were not dating each other, she was a model. A banker’s daughter, she always supported herself, and never took money from her parents. That’s one of the things I respected a lot. She said ‘When I am going to get married, I will come in just this one outfit. There will not be one single ornament or jewellery, just one salwar kameez or sari, that’s it. Rest we will build ourselves.” 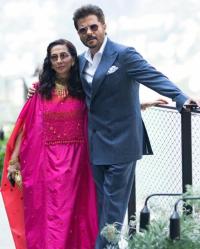 Anil Kapoor and Sunita Kapoor both had taken to their respective social media handles to wish each other on their 35th wedding anniversary. Sharing the below couple picture, Anil had written, “The best thing that ever happened to me is you...Our life together has been one big adventure & through it all, you were my love, are my love & will be my love till my last breath. Your love & support is the reason for who and what I am. Thank you for the best 11 years of dating & 35 years of marriage! I can't wait to spend the next 46 with you! Happy Anniversary, @kapoor.sunita! Love you!” (Don't Miss: Vivek Oberoi Drags Ex-GF, Aishwarya Rai's Dating Spree In A Political Meme, Twitteratis Bash Him) 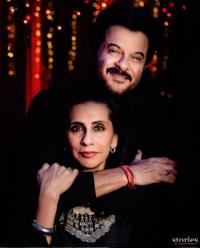 On the other hand, Sunita had also taken to her Instagram account and wished her hubby dear with beautiful words, “Sharing the good times, bearing the hard times, trusting in love to show us the way. Laughing and living, trusting and forgiving. Together forever, side by side, day by day and the years have flown.” 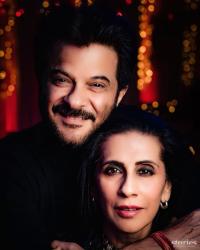 We still can’t get over the incident that Anil just shared! What about you guys? Do let us know! 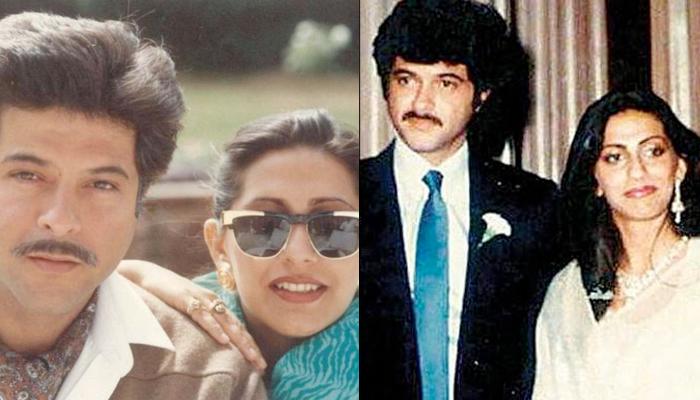 Believe it or not, the old-school romance was way better and cuter than the modern dating. The digital era has suffocated the essence of old-school romance and the personal touch is seemed to be lost somewhere as we moved on. Instead of everything going ‘Wham bam thank you ma'am’ speed