Anil Kapoor and Sunita Kapoor are celebrating their 36th anniversary and the adorable couple has posted warm wishes for each other on Instagram. Take a look!

Their love story has not been a media-covered one, but it is no less than a typical Bollywood fairytale in reality. Yes! We are talking about Mr India, Anil Kapoor and his lovely wife, Sunita Kapoor. The couple, whom we don’t see together in front of shutterbugs or media events, but there’s no doubt that reason behind Anil Kapoor’s long successful career that is still growing on goes to the immense support provided by his life-partner, Sunita Kapoor. In numerous interviews and media interactions, the actor had revealed various incidents that tell us about the level of love and respect they have for each other. (Recommended Read: Ayushmann Khurrana Wishes Dad, P. Khurrana On His Birthday, Credits Him For His Success As An Actor)

Well, the couple is celebrating their 36th wedding anniversary today, but they still look young, dynamic, and madly-in-love with each other. On their special day, while Sunita has posted a beautiful picture of the two. Anil Kapoor has narrated his proposal story on Instagram. 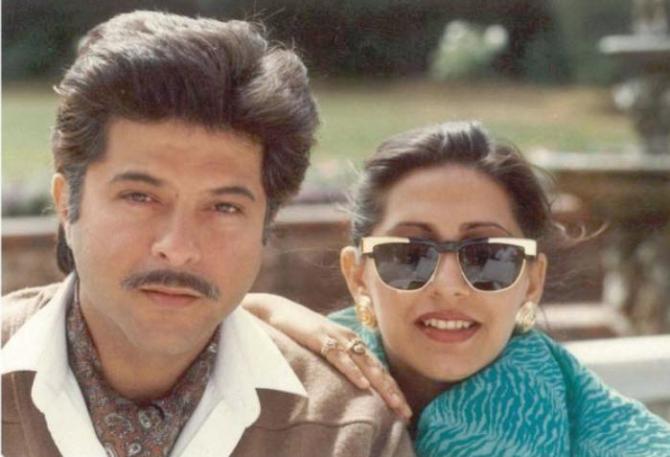 On May 18, 2020, Anil Kapoor took to his Instagram handle and posted a video that consists only one picture of the beautiful couple. But the interesting part is the voice-over of the Malang actor, who narrates his proposal story to celebrate the wedding anniversary. Along with the beautifully narrated video, he wrote a caption that can be read as "This is the beginning of a long love story. On the night if the 17th May, I signed an important film which was a big step in my career, and on 18th May I took an even bigger step. I proposed to my girlfriend, Sunita and asked her to be my wife. People celebrate anniversaries, we celebrate the proposals as well! And we never let ourselves forget how fortunate we are to have so much to be grateful for! Watch out for our wedding story tomorrow...@kapoor.sunita.” Now on May 19, 2020, Anil Kapoor posted the second video he has promised in the first and revealed his marriage story. A little excerpt of his long caption can be read as "We got married on 19th May, against all odds...I still remember when I entered her house on our wedding day and saw my bride, she was smiling and I had tears in my eyes... Tears of happiness, but also nervousness... I mean it was my wedding day!" Take a look. (Don’t Miss: Smriti Khanna Turns This Dialogue Of FRIENDS Into A Lullaby For Her Little Daughter, Anayka, Watch)

On May 19, 1984, the couple, who has given us numerous couple goals over the years, had tied the knot of a lifetime and today they’re celebrating the 36 years of togetherness. On this special day, Sunita Kapoor took to her Instagram handle and posted a stunning picture with her hubby, Anil Kapoor. In the picture, we can see Anil Kapoor looking dapper in his suited and booted look, while his wife looks ravishing in her red outfit. Along with this stunning picture, Sunita wrote a few lines for her hubby and called him her ‘happy place’. Her caption can be read as “My Husband is My Happy Place” Happy 36th anniversary… love you beyond time.” Take a look. 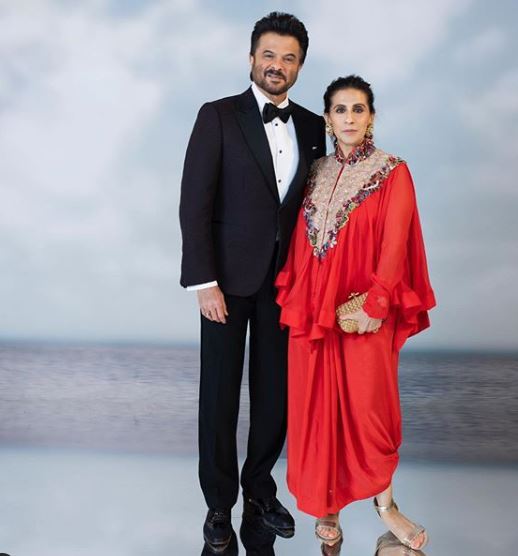 Well, the doting daughters, Rhea Kapoor and Sonam K Ahuja have also showered some love with their heart-melting posts on their respective Instagram handles for their parents. Talking about Sonam's post then the actress has posted a series of pictures with a long note that can be read as "Happy happy anniversary parents. I love you so much and miss you so much. 36 years married and 11 years of dating! Insane! Your love story is the best kind filled with love laughter and family and because angst only belongs in films, not real life. Love you love you ps ( you both also produced the three most confident and crazy children ) we hope we make you proud!" On the other side, Rhea also took the same path and posted some pictures from her memory lane of her parents with a note that can be read as Happy 36 years of marriage and 11 years of dating. I got exhausted just writing that. Love you both. Edit-P.S @harshvarrdhankapoor isn’t photoshopped he just has that energy. But I wouldn’t put it past him to make that request." Take a look. 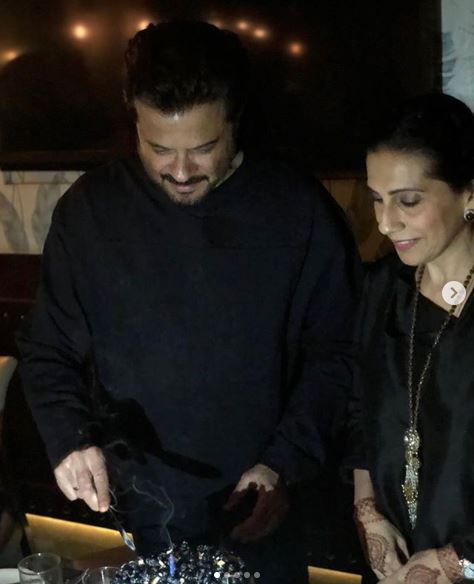 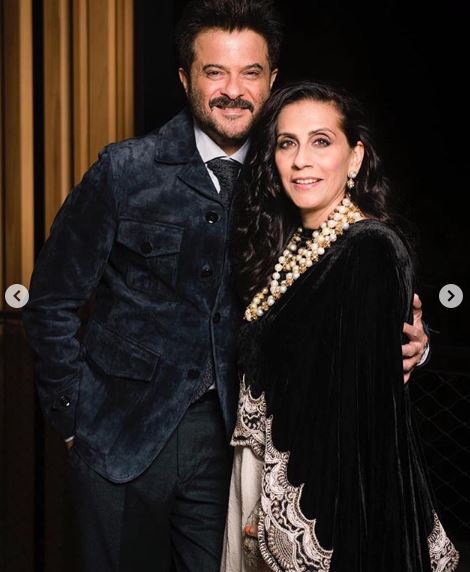 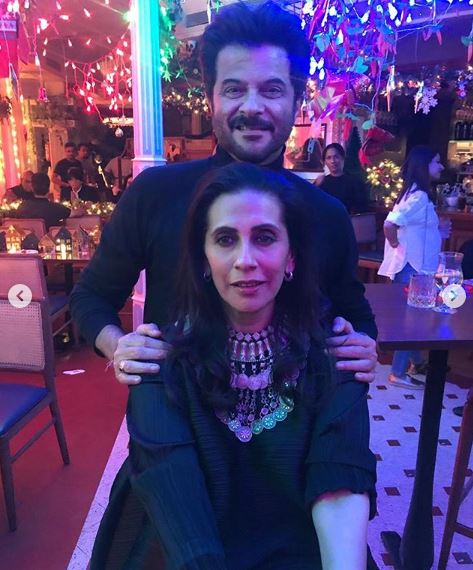 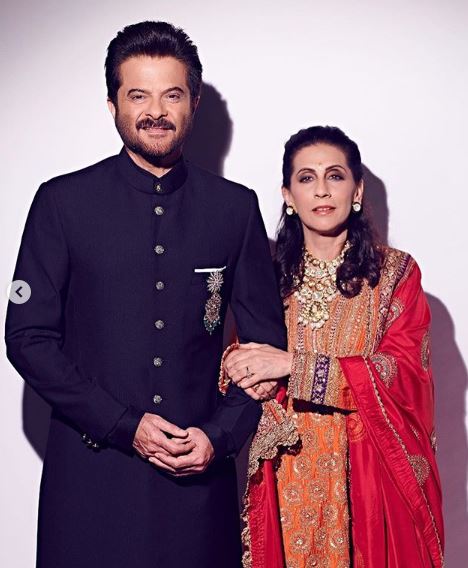 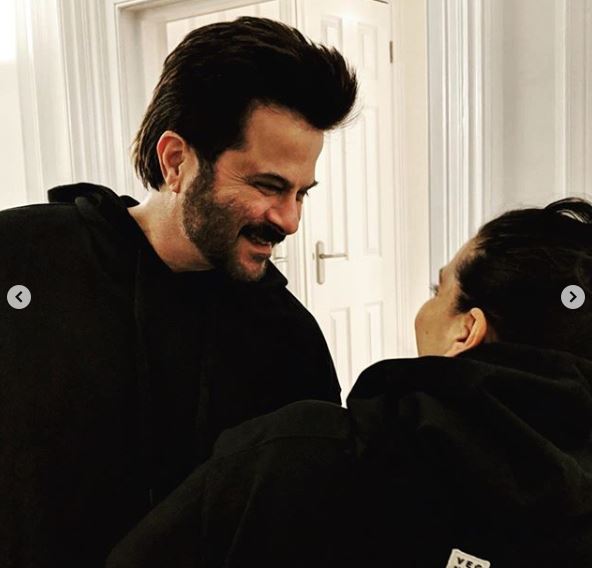 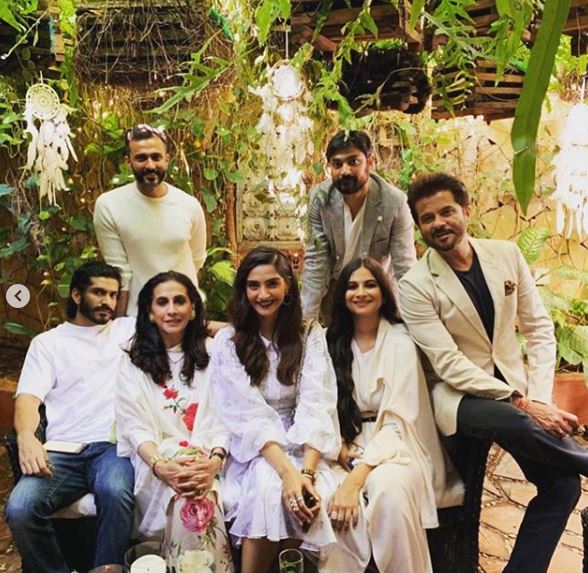 In an interview with the Hindustan Times, Anil Kapoor had talked about his marriage with Sunita and choosing between love and career. On being asked what the story behind their marriage is, Anil had quoted as saying, “I fell in love with her voice first. I thought ‘oh God, what a beautiful voice yaar, kya English bolti hai, pronunciation is so well’. I met her for the first time at Raj Kapoor’s house. She was so attractive, and if I may say, sexy also… she wore these gogo glasses, which are big, round and rimmed. Then we started chatting on the phone, and our friendship grew. First, it was a very platonic friendship, which developed into love. I started missing her when she wasn’t around. I had to speak to her, I felt a vacuum. I would travel by buses to meet her.” 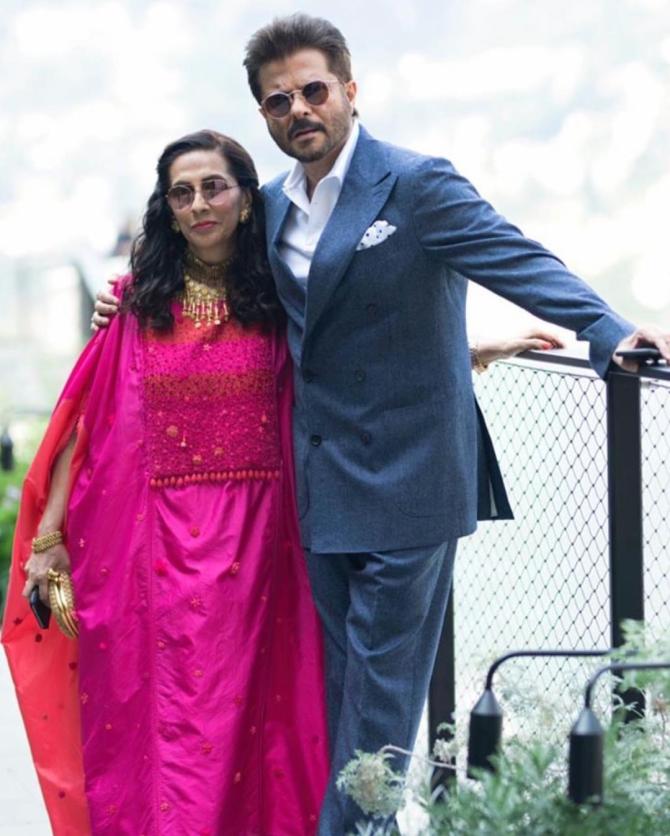 In the same interaction when Anil had asked if he ever got dissuaded to get married as a young actor, he had replied, “I was dissuaded, (people said) it was hara-kiri for me to get married. I came to a situation where I was at crossroads — career or love. I had started getting work, but everyone said ‘you are doing well, and your career has just started. You are climbing the ladder of success, and now that you are getting married, you are going to come down.’ I had to make a choice — either come down or get married. I said I don’t mind coming down, but I will not sacrifice… she’s more important for me. It’s a fact, I am not faking it.” (Also Read: Nushrat Bharucha Reveals With Whom She Wants To Spend The Rest of Her Life, Hinting At Her Mr Right) Wishing a happy anniversary to the beautiful couple, Anil and Sunita!