Anil Kapoor and Sunita Kapoor are celebrating their 37th wedding anniversary today and it's the perfect occasion to relive and learn the biggest facts about love and marriage. Take a look at their filmy love story.

Theirs has not been a media-covered love story, but it is no less than a typical Bollywood fairytale. Well, we are talking about Mr. India Anil Kapoor and his lovely wife, Sunita Kapoor! And, we decided to bring to all our readers, the insight to this ageless couple’s extraordinary love story. The charming and forever young Anil Kapoor and his gorgeous wife, Sunita Kapoor, today stand proud parents of three beautiful children; Sonam, Rhea and Harshvardhan Kapoor.

This stylish yet media-shy couple has been an example of true and everlasting love in Bollywood. So, here we go.

How did Anil Kapoor meet Sunita? 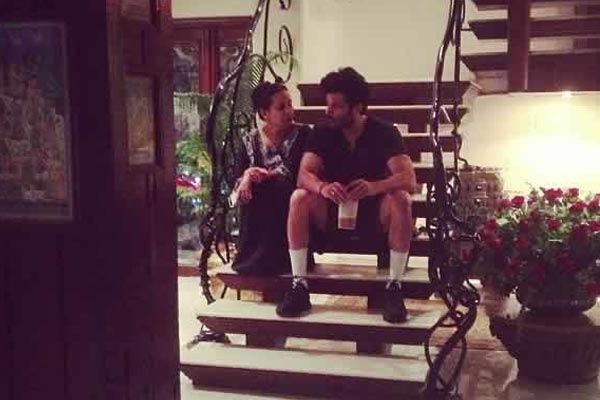 During his initial period in the industry, Anil Kapoor kept looking for work during the daytime. And by night, he and his friends used to sit and plan strategies for finding him a Juliet. On the other hand, Sunita was a successful model, and her father was highly positioned in State Bank of India. When the two met, Anil had no way to contact Sunita. But to his delight, he got her number through his friend, and they started talking over the phone. 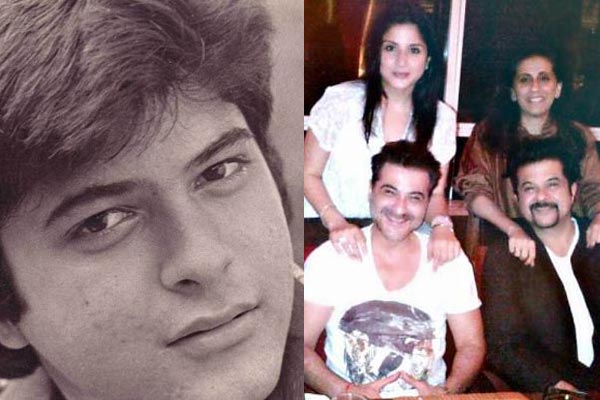 After a few weeks of talking over the phone, he asked her if they could meet in person, and she said yes! One evening way back in the year 1980, the couple met for their first official date. By then, both of them had developed a strong liking for each other, and so they started to meet more often. In an interview to Preity Zinta on her talk show, Anil said:

“I met her on the telephone, and fell in love with her voice. I feel shy and awkward when I speak about her, but I love speaking about her. She is wonderful she is beautiful; she is the best thing that has happened to me."

He further added, “Then eventually after speaking to each other for a few weeks, I met her and we became friends”. During their early days of friendship, whenever they had to meet for dates he had to travel by bus, Sunita did not mind paying for Anil’s cab fares. She also showered him with a lot of gifts.

Also Read: Anil Kapoor Surprises His Wife, Sunita Kapoor With A Gift Worth Rs 1 Crore On Her Birthday [Picture] 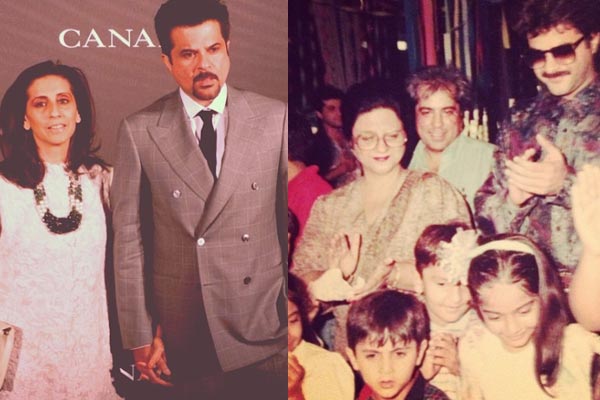 Anil’s close friend Gulshan Grover recalls, “In those days, Anil was rather broke and most of the times when the two went on dates either alone or with me along, Sunita usually picked up the tab.” 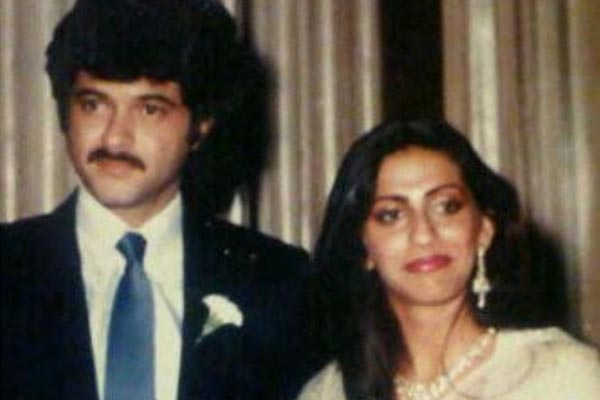 Anil and Sunita started spending a lot of quality time together. He often visited her during her photoshoots, and she even cancelled a lot of them just to spend some more time with him. Being a busy and successful model, she often travelled abroad for modelling assignments. Actor Gulshan Grover recalls a funny incident where once, he and Anil were going to drop Sunita off at the airport:

“She was travelling abroad for 20-25 days and instead of talking to her and telling her how much he would miss her, Anil fell asleep on her shoulder.”

This shows how understanding and caring Sunita was, as she made every effort to make his sleep more comfortable rather than getting angry and sulking. 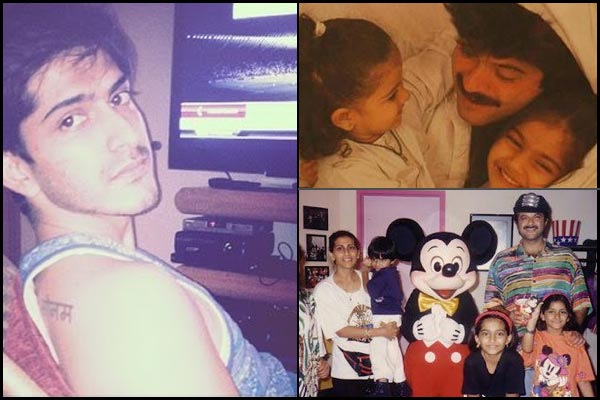 So, while she was out abroad for her assignment, Anil was tired of giving film auditions, but still, no luck came his way. He also got himself some side roles in Tollywood. In spite of being a film producer’s son, living in Mumbai and knowing the industry, he had to struggle hard. But, his struggle was actually to become successful to keep Sunita happy. Finally, after a few side roles in Bollywood, the film Woh Sat Din (1983) brought him into the spotlight. He started getting many film offers post this one from the big directors and producers. But, the only thing on his mind was to get married to his lady-love.

Problems in their paradise Despite making it big in Bollywood, his struggle did not come to an end, as Sunita’s parents were not happy with their relationship. But finally, after a lot of struggle and convincing, both the families agreed, but someone still disapproved. Who do you ask? The industry and its rule-makers!

With the success of his film Mashal (1984), he became an overnight sensation, and the entire industry advised him not to tie the knot as that would mean the end of his career. Getting influenced by them, he also postponed his wedding date twice. (Also Read: Anil Kapoor's Workout And Diet Regime: Secrets As To Why He Refuses To Age) 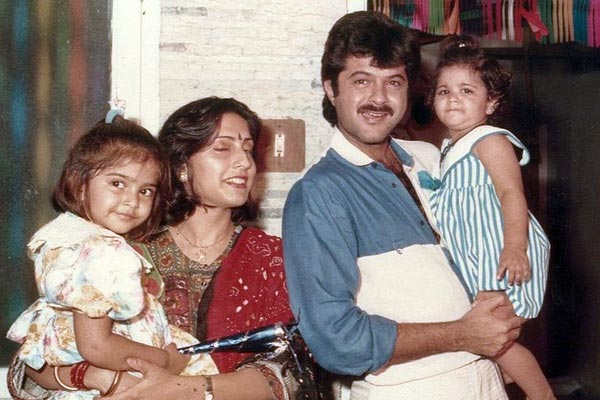 He confessed, “In those days the industry believed that the audience liked an actor only until he was unmarried. My well-wishers thus advised me not to get married else my career would be ruined. But then I asked myself, what is more important to me, my relationship with my girlfriend whom I know for years or my career? I was puzzled. But then it struck me that I am in a love with such a beautiful girl and we have been together for 5 years and stuck together through thick and thin, and so marriage was paramount for me that time.”

Finally, against all the odds and beliefs of the people, Anil and Sunita got married on May 19, 1984. 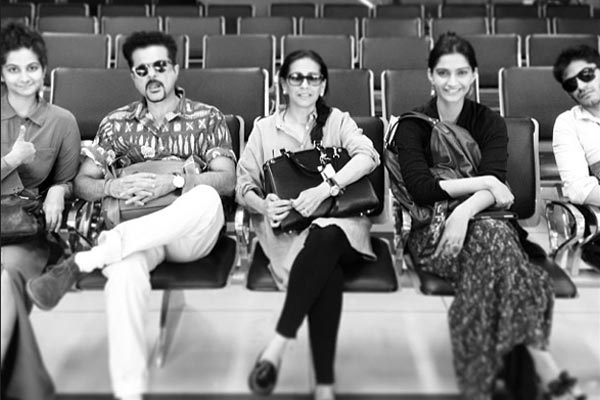 They say, "Behind every successful man, there is a woman". True to every word, Sunita sacrificed not only her career but a lot more to build them a beautiful life together. She helped him in his decisions regarding films, taught him how to dress well and present himself, and also designed clothes for him. She travelled with him on all his outdoor shoots, as he liked her to be around always. Thus, in a way, he became more successful after marriage. Sonam Kapoor, in an interview, has been quoted saying:

“As children, we got very little family time as dad liked mom to accompany him whenever he travelled. But whenever we did, it was awesome. It feels lovely to see how much he loves her.”

Due to their hit pairing and chemistry, Anil Kapoor was alleged to be having a steaming affair with Madhuri Dixit, and then later with his other co-star, Shilpa Shirodkar. In an interview, he laughed off the rumours about him and Madhuri saying, that the rumours were spread on purpose so that people would come and watch their films. He was also quoted saying:

The whole industry praises this couple for their true devotion and dedication towards each other even after so many years of marriage. We wish the two many more years of eternal togetherness!

NEXT READ: After Controversial Affairs With A Singer And A Director, Meenakshi Left Bollywood To Marry A Banker