Anil Kapoor's Secret For A Happy Married Life Is Hilarious, It's Something Every Husband Must Follow

Anil Kapoor's Secret For A Happy Married Life Is Hilarious, It's Something Every Husband Must Follow

November 2-3, 2019, will witness the grand finale of 'Nach Baliye 9', and on the show, host Maniesh Paul asked Anil Kapoor, his secret to a happy marriage. Scroll down to know his hilarious answer! 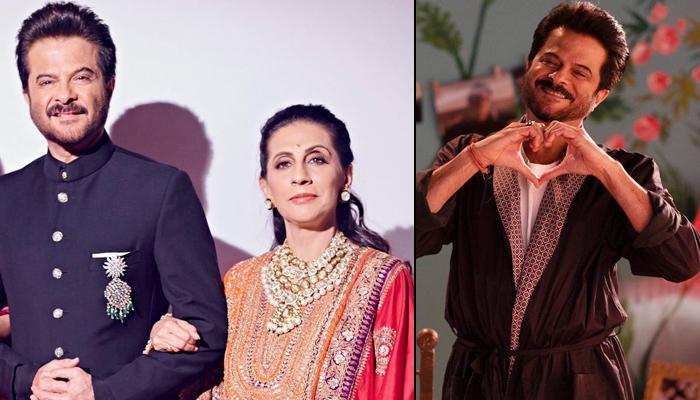 You know you are a fan of Anil ‘Jhakaas’ Kapoor if the moment you hear the tune of 'Dhina Din Dhaa', your feet start tapping and your hands begin to flap in no time! Just one look at him and you’ll be sure that he has made some pact with God or bribed Him, as this man just refuses to age! But there’s something else that this 62-year-old star and a dad of three is jhakaas at! And it is being a doting and loving husband to the love of his life, Sunita Kapoor. (Also Read: Sonam Kapoor And Anand Ahuja Slay Salim-Anarkali Halloween Look, Give 'Pyaar Kiya To Darna Kya' Vibe)

Anil Kapoor and Sunita Kapoor’s love story had begun with a prank call which eventually led to courtship of 10 years. After Anil’s immense hard work, struggle and unconditional support from his ladylove, Sunita, it was finally, on May 19, 1984, when the lovebirds became each other’s forever. Anil and Sunita not only established his professional career together but also a ‘happily ever after’ world to live in, with three superbly talented children, Sonam Kapoor, Rhea Kapoor and Harsh Varrdhan Kapoor. 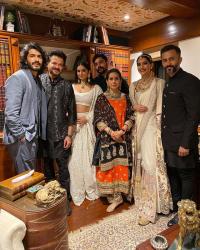 November 2-3, 2019, will witness the grand finale of the dance reality show, Nach Baliye 9, and many B-town celebs including Anil Kapoor will grace the upcoming episode. According to SpotboyE, in an interaction with the host, Maniesh Paul, Anil shared some interesting anecdotes from the industry. When Maniesh asked Anil, his secret to a happy marriage, he replied, “Hamesha apne biwi ke aage peeche ‘Ji Ma’am, Yes Ma’am kijiyega, aura ap hamesha khush rahengey.” 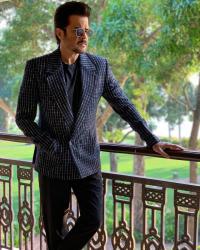 On May 19, 2019, Anil Kapoor and Sunita Kapoor had completed 35 years of marital bliss and to mark the same, the former had posted a twinning in black picture with his wife. Along with it, he had written, “The best thing that ever happened to me is you...Our life together has been one big adventure & through it all, you were my love, are my love & will be my love till my last breath. Your love & support is the reason for who and what I am. Thank you for the best 11 years of dating & 35 years of marriage! I can't wait to spend the next 46 with you! Happy Anniversary, @kapoor.sunita! Love you!” (Also Read: Abhishek Bachchan's Wish For Wife, Aishwarya Rai Is Filled With Love, Calls Her 'Principessa') 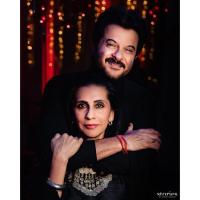 Sunita Kapoor too, had posted the same picture on her Instagram handle and had penned down how they had shared good times and bad times together in the 46 years journey (11 dating and 35 married). She had written, “Sharing the good times, bearing the hard times, trusting in love to show us the way. Laughing and living, trusting and forgiving. Together forever, side by side, day by day and the years have flown.” Their daughter, Sonam Kapoor Ahuja had wished her parents with a heartfelt wish. She had written, "Mom, you are the yin to Dad's yang. He lights up your eyes like no one else. The two of you are pure magic together. I wish you both a very Happy Anniversary, here's to many more magical ‘Lamhe’! Love you. #CoupleGoals #Lamhe."

On Karwa Chauth 2019, Anil Kapoor had finally revealed the reason behind his fitness and its none other than his super-loving wife, Sunita Kapoor. Anil had posted a video, wherein he could be seen running on a racing track with full intensity, and had captioned it, “All your love, prayers and fasting is making me run faster & keeping me healthy today and everyday! Happy karva chauth @kapoor.sunita.” To his post, Sunita had showered him with a lot of kissing emojis. His son-in-law, Anand Ahuja had commented, “Wowwww!”

Do you know that a day before the Oscars, Anil Kapoor’s wife, Sunita Kapoor had scolded him for a reason they thought was more important than one of the most prestigious awards of the world? Wonder what was it? It was none other than their family! In an interview with the PTI, Anil Kapoor was quoted as saying, “For family, Oscar doesn't matter. My wife and I were discussing Sonam (daughter) the night before Oscar! I said 'let me sleep now' and she said 'leave Oscar, listen to me first.' So even then, family was my priority. I got a lot of firing from Sunita the night before Oscar ceremony.” That is what we call, a dutiful family! (Also Read: Mohena Kumari Singh Heads Back To Home, Rewa For The First Time After Her Royal Wedding) 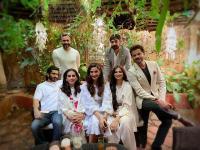 Well, Anil Kapoor’s advice for a happy married life is something that every man must abide by! Don’t you agree? (*wink*) 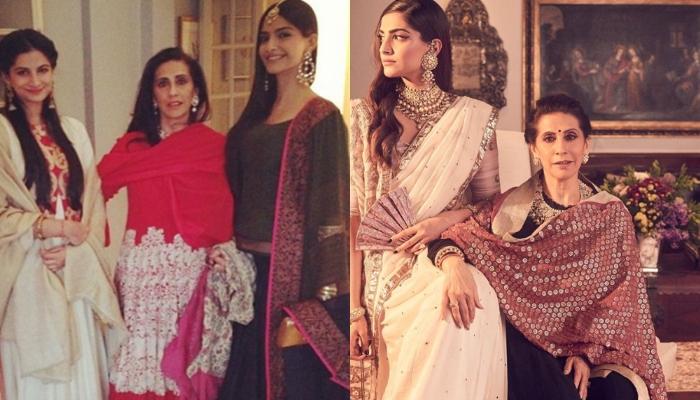 For a mother, her child is the only one, who has the ability to fill her life with happiness. The day a woman becomes a mother, she understands the void that was prevalent in her life before the birth of her little one. Leaving everything behind, her child becomes her