Anil Kapoor knows how to keep the women in his life happy, from daughters, Rhea Kapoor and Sonam Kapoor to wife, Sunita Kapoor. Scroll down as he praises his wife for her hosting skills! A woman is known for her mending skills, be it a relationship, clothes or a small toy. She is the caretaker and the life of the entire family. From taking care of her husband's little needs to cooking the yummiest meals, a woman is by default, expected to outdone herself every day. And somewhere we agree, if our moms haven't shown the courage to fight the tough times and be the source of energy on happy days, how would we have gotten pass through it. Bollywood actor, Anil Kapoor also gives full credit of his success to the woman in his life, Sunita Kapoor. (Recommend Read: 'Uri: The Surgical Strike' Star, Vicky Kaushal Spills Beans On His Relationship Status)

For those who don't know, Anil Kapoor has never been a part of any of the Tinseltown's controversies and stayed away from being Page-3's source of gossip. While he was busy making a name in the industry, his wife, Sunita was busy managing the entire Kapoor clan. She is known for turning Jhakkas Kapoor into a perfect family man and a doting father to his three kids - Sonam Kapoor Ahuja, Rhea Kapoor, and Harshvardhan Kapoor. 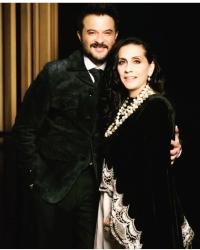 Recently, one of the fans of Anil Kapoor took to Twitter and praised the actor and his wife, Sunita, for being the best host in B-town. Anil instantly replied back giving full credit to his wife, and wrote, "Sunita makes everything better, even healthy food! Thank you... for the kind words. We love having our friends and family over and she is definitely the hostess with the mostest." Check it out below:

Sunita makes everything better, even healthy food! Thank you @Jhajhajha for the kind words. We love having our friends and family over and she is definitely the hostess with the mostess! https://t.co/qy4vHBvYny

In an interview with the Hindustan Times, Anil had shared how he fell in love with Sunita. He had stated, "I fell in love with her voice first. I thought ‘oh God, what a beautiful voice yaar, kya English bolti hai, pronunciation is so well’. I met her for the first time at Raj Kapoor’s house. She was so attractive, and if I may say, sexy also, she wore these gogo glasses, which are big, round and rimmed. Then we started chatting on phone, and our friendship grew. First it was a very platonic friendship, which developed into love. I started missing her when she wasn’t around. I had to speak to her, I felt a vacuum. I would travel by buses to meet her." (Also Read: Neha Kakkar Shares A Cryptic Post About Not Stressing Over Someone And How Life Should Move On) Anil had also opened up about the moment when he had decided to take the plunge, and had said, "When I felt that I will be able to financially support her. She had made it clear ‘I won’t go in the kitchen, I am not going to cook for you’. I never expected her to cook for me. I thought I should have a lot of servants, and a good chef in my house. I am a Punjabi, I am fond of food. Also, another point was that when I felt I can have a home. All my life, I was happy, we lived in a rented home. When I was a kid, my family stayed in a small little place. Then one room, and then two-bedroom hall. But all of them were rented, we could never afford to buy it. I needed a chef, a cook, and then I proposed to her and we got married." 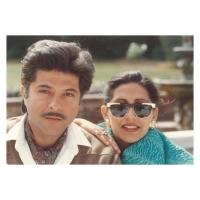 In the same interview, Anil had further talked about how industry took his marriage, "I was dissuaded, (people said) it was hara-kiri for me to get married. I came to a situation where I was at crossroads — career or love. I had started getting work, but everyone said ‘you are doing well, and your career has just started. You are climbing the ladder of success, and now that you are getting married, you are going to come down.’ I had to make a choice — either come down, or get married. I said I don’t mind coming down, but I will not sacrifice… she’s more important for me. It’s a fact, I am not faking it." 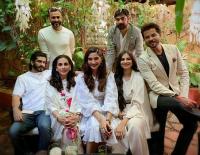 Talking about Sunita, Anil had stated, "She was not one of those wives, she was always working. When we were not dating each other, she was a model. A banker’s daughter, she always supported herself, and never took money from her parents. That’s one of the things I respected a lot. She said ‘When I am going to get married, I will come in just this one outfit. There will not be one single ornament or jewellery, just one salwar kameez or sari, that’s it. Rest we will build ourselves.’"  (Don't Miss: Riteish Deshmukh Asks For 'Chumma' From Genelia In San Francisco, Her Reaction Is Epic [VIDEO])

Well, Anil Kapoor definitely knows how to keep his woman happy! What do you think?