Kapil Sharma And Ginni Chatrath's 'Happiness', Anayra Looks Adorable As She Is Cuddled In Bua's Arms

Kapil Sharma And Ginni Chatrath's 'Happiness', Anayra Looks Adorable As She Is Cuddled In Bua's Arms

The famous playback singer, Richa Sharma visited Kapil Sharma and Ginni Chatrath's little bundle of joy, Anayra Sharma and posted the adorable glimpses of the same on her Instagram handle. 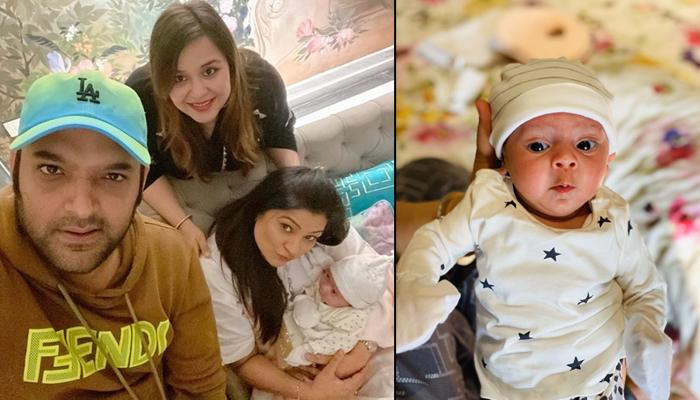 Somehow over the years, mothers become their child’s friend but what we miss on giving enough credit to is the colossal role of a father in one’s life. As rightly said by Clarence Budington Kelland, “My father didn't tell me how to live; he lived, and let me watch him do it” - they are the role models of every child, who they aspire to become one day. A son’s first hero and a daughter’s first love, without the immense and unconditional love of a father, life would have been imaginable! Just how fathers change their child’s life for good, embracing fatherhood too, changes their life 360 degrees. And who better than the newbie daddy and famous comedian, Kapil Sharma to vouch for how life changes for good with the arrival of the baby. (Also Read: Raghu Ram's Ex-Wife, Sugandha Garg Clicks Adorable Picture Of New Daddy With His Baby Boy)

It was on December 10, 2019, when Kapil Sharma and Ginni Chatrath had welcomed a little angel, who made her parents’ first anniversary even more special with her arrival, two days before the couple had completed one year of marital bliss. To announce his baby girl’s birth, Kapil had tweeted, “Blessed to have a baby girl need ur blessings love u all jai mata di.” And on his first anniversary, Kapil had thanked everyone for their wishes on behalf of Ginni and had tweeted, “Today, on our first anniversary me and Ginni take an opportunity to thanks all of you for all the love & blessings you have showered on us and our little one. Can’t thank God enough for blessing us with the best gift of our life. Truly Grateful. #gratitude.”

Ever since Kapil Sharma and Ginni Chatrath had embraced parenthood and welcomed their ‘happiness’, Anayra Sharma in their lives, friends and family couldn’t stop themselves from visiting the little angel. Latest one is famous playback singer, Richa Sharma and giving her fans a glimpse of her meeting with the newbie parents and their angel, she wrote, “Finally met my little angel #Anayra Blessssingssss to you little doll… Once again congratulations bhai and bhabhi… @kapilsharma @ginnichatrath.” Anayra looked like a little doll in a white onesie with matching cap and mittens, wrapped in a baby pink-coloured blanket. 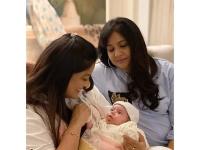 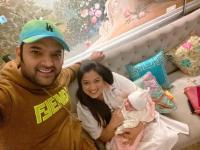 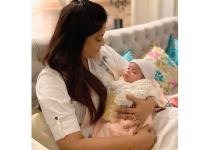 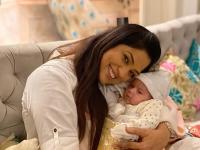 In an interview with the Gulf News tabloid, Kapil Sharma spoke about how he is enjoying the ‘incredible phase’ of his life with his baby in the house. Kapil remarked, “She’s such a sweet darling. I am enjoying this incredible phase in my life so much. It’s just brilliant. I meet my baby mostly at nights now. When I return home, she’s up, wide awake, alert and not sleeping. She’s a lot like me, I think. She’s wide awake at night … But she’s no trouble at all … My mother, my wife and all of us at home are so excited about her.” (Also Read: Dimpy Ganguly Proudly Gives Glimpses Of Her Little 'Ballerina' Reanna Roy Performing Ballet Of Swans) 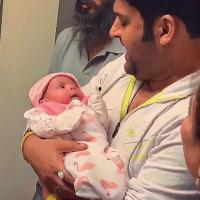 How special 2019 has been for him with the completion of 100 episodes of his show, The Kapil Sharma Show and being blessed with a daughter, Kapil Sharma continued, “By the grace of God, it was a beautiful 2019 where I saw so many new beginnings in my life. I got married and I got the most precious gift of life through my baby. Imagine, a baby has arrived into my home. Truth be told, I don’t know when 2019 came and went. From completing 100 episodes of ‘The Kapil Sharma Show’ to getting married to having a baby come home, it’s a year that zipped past me. It sped so fast.”

Ever since Kapil Sharma and Ginni Chatrath had welcomed their daughter, fans were eagerly looking forward to seeing a glimpse of their little angel. And finally, their prayers were answered on January 15, 2020, as the proud daddy had posted the first-ever picture of his baby girl and had announced her name. Sharing a close-up picture of his baby girl and a family photograph with he and Ginni holding their little bundle of joy, Kapil had written, “Meet our piece of heart “Anayra Sharma” #gratitude.” In an interview with The Indian Express, Kapil had expressed his gratitude on becoming a father and had stated, “I feel blessed and happy to have a little princess in my life. Both Ginni and the baby are doing well. This is the best day of my life, and I can’t wait to spend more time with my little doll.” 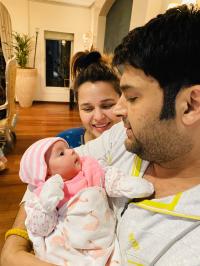 If a Times Of India report was to be believed, Kapil Sharma had taken a paternity break for 15 days after his wife, Ginni delivered their daughter. The reports had also stated that Kapil had shot back-to-back episodes beforehand, so that he could spend time with Ginni and their baby soon after the little one’s birth. Kapil had shared an Instagram story from the first day of their shoot in January from the sets of The Kapil Sharma Show. (Also Read: Kapil Sharma And Ginni Chatrath Get Their 1-Month-Old Baby Girl, Anayra's Hand And Feet Impression) 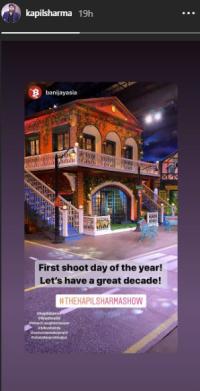 Sending truckloads of love to Kapil, Ginni and their ‘happiness’, Anayra!