Anas Rashid is a doting father to his angel, Aayat. On May 4, 2020, Anas shared a video of himself singing a song of ‘Hope’ to his daughter. 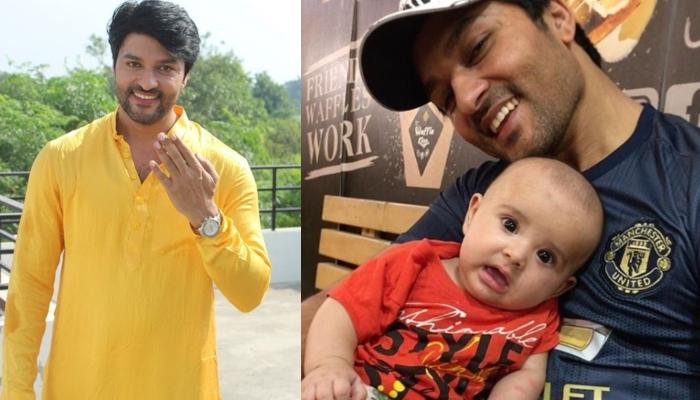 A father shares a beautiful bond with his daughter. The moment he holds his little angel for the first time, an array of emotions fills his heart and makes it one of his proudest moments. He makes sure to give everything to his little angel and fulfill all her demands, no matter how big they are! And his is the only reason, why every girl compares her husband with her father as she knows that no man can take her father’s place. Such is the pious relationship of a father and daughter and one such bond is shared between television actor, Anas Rashid of Diya Aur Baati Hum and his daughter, Aayat. (Also Read: Aishwarya Rai Bachchan Shares A Sketch Made By Aaradhya Bachchan As A Tribute To COVID-19 Fighters)

Anas Rashid’s stint as ‘Sooraj’ in Star Plus’ show Diya Aur Baati Hum had brought him a huge fan following. The actor had surprised everyone when he had announced his marriage with a Chandigarh based girl, Heena Iqbal. He had gotten married to Heena on September 10, 2017, in an intimate ceremony. On February 12, 2019, Anas had become a proud father of a baby girl, whom he had lovingly named Aayat. 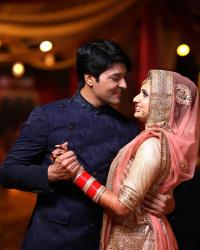 Ever since the birth of Aayat, Anas’ social media handle is filled with his daughter’s adorable pictures and videos. On May 4, 2020, Anas took to his Instagram handle and shared a lovely video with his daughter, Aayat. In the video, Anas was seen singing the song, We Shall Overcome Some Day to his angel as a hope to overcome the ongoing COVID-19 pandemic. Aayat, on the other hand, was seen paying all her attention to her daddy’s song. Anas captioned the video as “I believe; Aayat is too trying to understand, what I am (Dady) singing. Hope sustain life.”

On February 13, 2019, the doting daddy had shared the first-ever picture of himself with daughter, Aayat. The picture had a backdrop of a balloon-décor as Anas had wrapped his daughter lovingly in his arms and was all smiles for the camera. Sharing the picture, Anas had written, “Home coming of my daughter Aayat”, followed by two smile emojis. (Also Read: Neetu Kapoor Expresses Immense Gratitude For Doctors For Treating Husband Rishi Kapoor As Their Own) 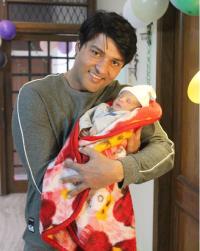 In an interview with Bombay Times, Anas Rashid had spoken about marriage and kid and had shared, “Soon after I got married, we went on a long honeymoon; we drove to many beautiful locales in North and South India and so, it was a long break from work. After that, when Heena conceived, we spent a few months in Ludhiana, as her doctor was based there." He further added, "Now, that the baby and Heena are discharged from the hospital, we will return to Mumbai. Heena loves this city and my parents are also there. I would love to get back to TV, and will start focussing on my work." 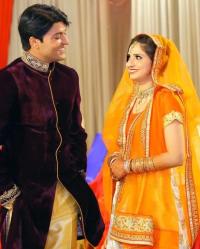 In an interview with The Times of India, Anas Rashid had revealed the name of their daughter, which is, Aayat Anas Rashid. The handsome actor considers his daughter as a blessing from God and had shared his happiness with the media portal, "I am over the moon and the feeling is just amazing. It can't be expressed in words. They will be discharged tomorrow and my sisters are planning something special to welcome them home. This is such a precious time of my life and I am only thinking about spending these beautiful moments. I have been waiting for this moment since a long time and it has finally arrived, I am so happy." (Also Read: AbRam Khan Dances And Jams With Father, Shah Rukh Khan, Little Wonder Later Says, 'Papa Enough Now') 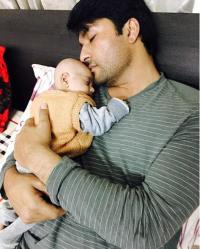 Well, we loved the way Anas sang the song to his daughter, Aayat. What do you think? Let us know.